Naomi lamented the disregard for athletes' mental health through Twitter 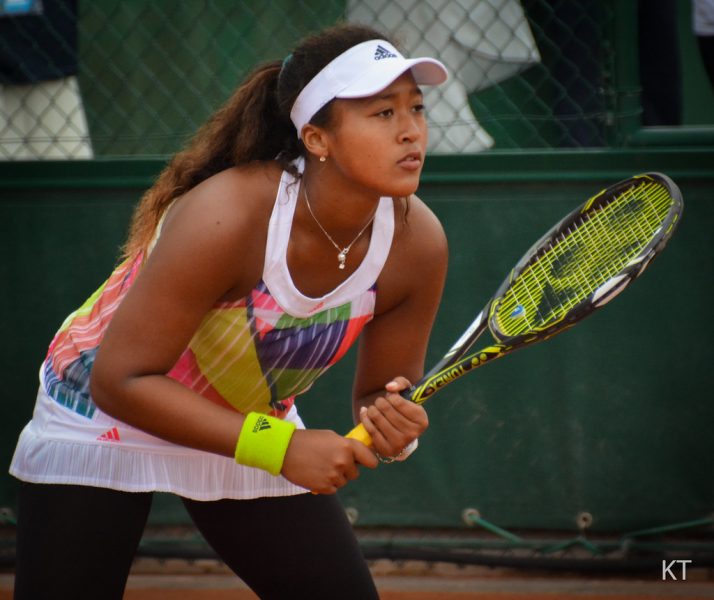 Japanese-American tennis star Naomi Osaka, a four-time Grand Slam singles champion and the reigning champion at the US and Australian Open, announced her withdrawal from Wimbledon, an international tennis Grand Slam tournament, on June 17, 2021. In May Osaka withdrew from the 2021 French Open to focus on her mental health, sparking an international conversation around unreasonable expectations for athletes.

On May 27, Osaka posted a Tweet declining to hold any press conferences at the annual Roland Garros event and lamenting how athletes’ mental health is often disregarded.

Osaka's sponsors largely supported her withdrawal from the tournament including Nike and Mastercard who applauded her for prioritizing her health. Forbes listed Osaka as the top earner among female athletes in 2020.

Her decision has highlighted the mental health impacts of high-pressure professional athletics.

Sports Illustrated documented American swimming star, Michael Phelps’ experience with alcohol and depression, his resulting swimming hiatus, and gradual return to swimming in a 2015 issue. After emerging as a 22-time medalist in 3 consecutive Olympic Games and major world swimming contests, he struggled with the pressure of being in the spotlight and maintaining his performances. In September 2014, he was pulled over for speeding 84mph in a 45mph zone and was subsequently arrested for driving under the influence of alcohol.

According to the Sports Illustrated article, he checked himself into a rehabilitation center to confront his alcohol addiction. After his time in rehab, he managed to make it to the 2016 Rio Olympics and ended his career with 28 Olympic medals.

Another athlete who has been unusually candid about their mental health is British Olympic runner Kelly Holmes —one of British’s most decorated athletes. In 2019 Holmes created a podcast called What Do I Do?: Mental Health and Me which focuses on her running career and experience coping with mental health issues and discusses a range of issues such as OCD, insomnia, addiction, grief, depression, and anxiety.

Holmes has suffered from a range of injuries and illnesses throughout her career which have sidelined her, including glandular fever, a ruptured calf, twisted ovaries, and a torn Achilles tendon, to name a few. In 2003, just before the World Athletics Championships in Paris, she was injured again. During an interview with the Guardian, she discussed her distress and the self-harming impulses that arose because of her injury.

“I thought: ‘Why me? I’m so committed, so dedicated, why the ***k me?’ I just looked in the mirror and hated myself. I wanted the floor to open up, I wanted to jump in that space, I wanted it to close and I didn’t want to go back out. I was in such a bad way. Then I started cutting myself.”

She says these experiences — the lows of injuries and highs of winning first place in middle distance competitions — all inspired her to create her podcast. She frequently invites celebrities and public figures onto the show in order to demonstrate that “we can go through life and have struggles and still actually achieve. If that is empowering for other people that would be really nice.”

Impact of COVID-19 on Professional Sports

The pandemic has increased awareness about mental health among sports personalities.

Former British professional boxer Ricky Hatton discussed the challenges of being a boxer and the mental health problems that plague them in and out of the ring.

In 2007, Hatton was primed for the fight of his life with the then world welterweight champion Floyd Mayweather in Las Vegas. With his humble background in the Manchester backwater, his rise to fame was beyond his wildest dreams. However, his success came to a halt when he lost the fight in the 10th round, beginning a dark chapter where he would lose two more major fights and sink into depression, drugs, and isolation. In a 2020 interview with the BBC, Hatton said:

“The pressure I found was in the ring and fighting and being able to provide for my family. I didn't struggle with being famous, but I struggled with being beaten…The bad things kept coming one after the other and that's what got the ball rolling with the depression.”

With the start of the pandemic in 2020, Hatton took the opportunity to get back into shape both physically and mentally, and made it his mission to encourage others with mental health issues: “Having gone through it, I now see it as my job to help those suffering with mental health.”

He offered advice to those struggling during the pandemic:

“[The lockdown] helped me in so many ways. So if you're at home and suffering with your thoughts, just go out for a walk or a run. Or do a workout in the garden and let out some endorphins.”

In light of the pandemic, a number of sports organizations including the National Basketball Association (NBA), and the English Premier League (EPL) have adopted new campaigns and policies to support their players’ mental health.

In February 2020, the EPL launched the Heads Up campaign led by the Duke of Cambridge, Prince William. The campaign aimed to encourage conversations about mental health in football. Heads Up, is a partnership between Heads Together and The Football Association (FA) who wanted to harness football's popularity to generate a widespread conversation about mental health.

Across the pond, the NBA's first Play-off game coincided with the first week of Mental Health Awareness Month in May. The NBA launched a month-long campaign with the slogan, “Your mental wellness is as important as your physical health.” The campaign also featured various online materials including a podcast discussing mental health; a goal-setting portal for kids; and an Oprah Winfrey and Prince Harry docu-series focussing on mental health.

As sporting events start resuming, athletes will face increased pressure around their performances. With initiatives such as those taken by the NBA and the EPL, it will be imperative that other athletic associations urgently address these issues to avoid cases such as Naomi Osaka’s. The NBA aptly captured this in its May Mental Awareness campaign:

“We’ve heard the lessons since childhood: Brush your teeth before bed. Stretch before running. Don’t eat right before swimming. And yes, it’s important to keep tabs on how your body is running physically. But it’s just as important to be aware of how you’re doing mentally.”

While the EPL and NBA have made broad albeit slow measures to combat mental health, concerns still plague the NFL's muted line on the effects of head injuries, concussions, post-play stress, and depression among its players. Former NFL quarterback Ryan Leaf criticized the NFL for ignoring the mental health concerns of former players.

The state of mental health has earned the spotlight and will continue to plague the sporting world as players come to terms with the state of isolation during the last 18 months. It will also call to action sports organizations that manage both individual and team sports to address mental health better and with more empathy.