Is Jamaica walking the talk when it comes to climate justice? 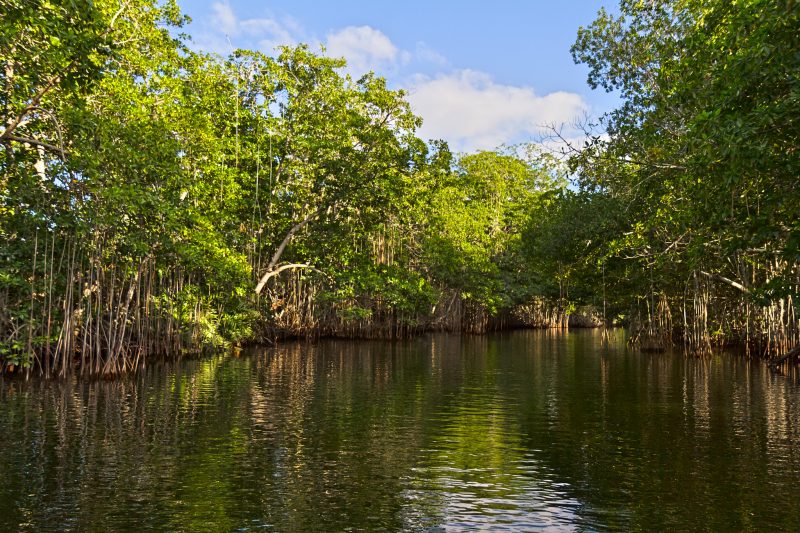 As Caribbean governments and people are painfully aware, the COVID-19 pandemic has dealt a serious blow to tourism. The Jamaican industry continues to struggle through another year of “lockdowns,” fluctuating vaccine supplies, and ever-changing travel requirements. However, as Jamaica works towards the reopening of hotels and attracting visitors again, a new development is raising concerns—and questions about the government’s commitment to climate change.

In outlining his “Blue Ocean Strategy” for recovery, tourism minister Ed Bartlett noted that “for the last fiscal year, the Jamaican Government lost direct revenue from the tourism sector of $46.3 billion,” and that visitor arrivals at the end of 2020 represented “a 68 percent decrease from the 4.3 million visitors to the island over the same period in 2019.” Moreover, government advisories from the United States, United Kingdom, and Canada (the country's three primary tourism markets) caution against travel to Jamaica, mainly because of COVID-19 rates.

Tourism officials, therefore, seem especially pleased with the development on the west coast of a five-star Grand Luxury Princess Hotel, a Spanish chain which says it prides itself on a commitment to sustainability and environmental awareness.

The first phase of the hotel, expected to be completed in late 2022, will consist of 1,012 rooms. Following a year's break, 1,025 rooms will be built in the second phase. On 84 of 180 acres of land owned by the developers in Industry Cove, Hanover, near the small town of Green Island, the plan is to eventually build four hotels and a casino. Tourism officials have cited several other development projects in the pipeline, promising that they will bring thousands of jobs.

As the preparation work got underway, however, many Jamaicans were startled by drone footage shared on Twitter by Jamaica Environment Trust (JET), showing a large area that had already been flattened, and zooming in on a bulldozer removing mangrove forest. JET founder Diana McCaulay, herself the author of a novel on climate change commented:

Jamaica is NOT a climate leader. #purechat Please share, everybody.. https://t.co/34riHWSPFM

JET's review of the Environmental Impact Assessment on the project in March 2020 concluded:

A development of this nature is wholly inappropriate for an area which has been afforded several levels of environmental protections, and is well recognised for its diverse and healthy coastal ecosystems.

Jamaica's welcoming of this hotel appears contrary to Prime Minister Andrew Holness’ regular, high-profile appearances at United Nations climate change events. In September 2019, he sought increased adaptation financing from the Green Climate Fund at a high-level luncheon co-hosted by himself and French president Emmanuel Macron. Both leaders had been appointed in the previous year to mobilise climate funding.

Holness, whose website lauds him as “a global leading voice on climate action,” addressed the Leaders’ Summit on Climate Change on Earth Day on April 22. He was also specially invited to speak at the Virtual Leaders’ Summit hosted by United States president, Joe Biden. The prime minister’s work on the UN panel for Climate Financing, Holness’ website continues, “has positioned Jamaica as one of the leaders in climate action and COVID recovery.”

Jamaica has been designated the lead national authority among seven Caribbean countries for the Green Climate Fund's Civil Society Organisations project, which is being undertaken through a US$1.2 million grant, a role that seems at odds with pristine coastal forest being destroyed by the hotel development:

Jamaican climate activists, who had been vocal on social media over a proposed mining development near a coastal rainforest (the matter is now being contested in court), responded swiftly. Eleanor Terrelonge, who heads the four-year-old Jamaica Climate Change Youth Council, created a video on the value of mangroves and their role in preventing climate change, addressing her tweet directly to the prime minister:

Earlier you said “Trees are essential to the sustenance of nature, climate, and humanity” and you're 100% correct.

Next time I'm on a panel speaking on my country and our bold climate leadership, I fear I may choke. This was my presentation a few months ago, how don't care but [not sure of meaning. Maybe leave this one out?] clear mangroves.? https://t.co/qNZHCkvGti

Then we bawl for funding to restore mangroves, that may never be rehabilitated, in the name of ecosystem-based adaptation

Another Twitter user reminded his followers of past environmentally sensitive development issues:

We have been having repeated issues where decisions are being made that could threaten the environment. Why?

Youth discussions were also being hosted on the Twitter Spaces platform to explain “the facts behind the feelings” when it comes to the importance of mangroves:

Tonight at 6 PM, we’re talking about Mangroves in Jamaica!

We’re testing out Twitter’s ? new feature: Spaces to give everyone a platform to speak on issues like these and more ?

Several social media users felt that the environment should not be sacrificed for economic growth and tourism:

I am all for development and growth but destroying mangroves to build a hotel is not the way. Sad

Considering that we literally live in paradise, we must have individuals with a sustainable plan for the future with tourism.

The last 30 years of traditional development needs to end, we cannot keep making the same mistakes over and over again, we will lose the paradise.

The hotel development appears to be a precursor to a much more ambitious plan, called the “New Negril Master Plan,” named for a popular tourist resort about 20 km down the coast from the hotel site, announced in parliament in early May as:

a model 21st century community…creating a smart, sustainable and resilient technology-driven inclusive community where opportunities are created for every member of the community to improve their quality of life in a meaningful and sustainable manner […] through the diversification of tourism products, stimulating economic growth and job creation, improving the social amenities and physical infrastructure while preserving the natural and fragile ecology of the area without compromising the opportunities for future generations…Not only are we building towards sustainability, we are also creating investment opportunities!

Ironically, in other parts of the island, efforts are being made—at great expense—to strengthen Jamaica’s coastal defenses through engineering.

With the real impact of climate change becoming more evident, and the government's avowed commitment to fighting climate change, is it heading in the right direction by pursuing such destructive activities along the island's fragile coastline? One member of the Youth Council felt that his country was betraying its natural heritage:

The Tainos never called the land Xaymaca for us to be acting a fool with our natural resources. Y’all stay embarrassing our ancestors at every turn.

“Xaymaca” is the original, indigenous name for Jamaica, meaning “land of wood and water.” With the 2021 Atlantic hurricane season predicted to be a very active one and several major tourism developments in the pipeline, it remains to be seen whether Jamaica is on the right track to preserve its natural heritage.