For those left switched off, that’s the real shutdown 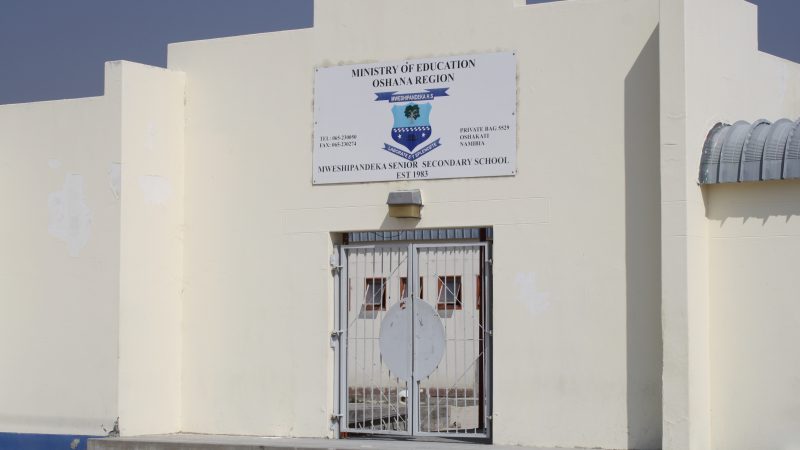 In the southern Africa region, the Namibian government’s COVID-19 internet rollout has been illustrious — at least on paper.

In June 2020, when the pandemic first took hold in Namibia, the Electoral Commission of Namibia decided to shift entirely online to recruit officers to work in November’s local elections. The stated reason was to avoid crowded polls and reduce the chance of cross infections during the pandemic.

This tech-driven effort to bring more Namibians online during the pandemic seems brilliant. But a closer look reveals how most of Namibia’s historically marginalized native populations — who mostly live in the northern parts of the country along the Angolan border — have been excluded.

“We were mad when we heard that Namibia’s electoral authorities, due to COVID-19 rules, were going to use electronic apps to recruit local government election observers, counters or monitors,” Monica Ndeilenga, a youth bureau secretary of Namibia’s own ruling party, told Global Voices.

Remember — in our rural settlements here, there’s hardly any internet connectivity or satellites to power internet kiosks. Coupled with acute employment, this meant youth eager to become election officers had to fork out $15 for bus fares to towns hundreds of kilometers away just to register.

The Ohangwena region, where Ndeilenga works, is Namibia’s most northerly outlier region, a vast enclave where life expectancy hovers around 46 years on average, according to the Namibia Statistical Agency.

A brief description of Namibia’s racialized makeup will help. A mere 8 percent of Namibia’s 2.5 million people are descendants of white German, Dutch, British or Portuguese settlers, and this demographic, according to the Namibia Statistical Agency in 2018, owned 70 percent of the country’s fertile farmland and much of its monetary assets. Marginalized on the periphery and wealth are Namibia’s Black native ethnic groups like the Kavang, whose lives revolve around fisheries, cropping and livestock.

These indigenous populations are fuming that Namibia’s lurch toward digital public services during the COVID-19 crisis has left them in a quandary.

Namibia’s shift to online platforms for electoral procedures despite the fact that many parts of the country still lack internet access is highly problematic. As a result, the latest elections have been marred by low voter turn-out and disputes over alleged rigged electronic polling machines.

Without cheap internet kiosks, remote populations in the country’s excluded north have little means nor enthusiasm to supervise elections in their own localities. This widens the civic gap between the prosperous south and the not-so-well-off north. The Ohangwena region is a prime example, where authorities admitted dismally low voter turnout for elections.

Namibia dwarfs its neighbors when it comes to providing free, public internet in response to the pandemic, but their seemingly generous act also obscures underlying political motives.

According to Namibia's education minister, Anna Nghipondoka, who spoke to Global Voices by phone, the goal is to reverse education disruptions due to the COVID outbreak, and also allow students to obtain useful public health information electronically.

In June, the Ministry of Universities and Technology announced that they will provide free laptops and 10 gigabytes of data monthly to 32,000 students in need. The country’s private telecommunications companies, who have an entangled relationship with the government, were rallied into the scheme.

Additionally, in August, the government roped in the country's two largest telecom corporations to provide an e-learning platform and tablets to 400,000-plus primary and secondary students and teachers across the country.

Nationally, less than 2 percent of 804,000 students in state and private primary and secondary schools are able to access internet-enabled education, admits Nghipondoka, with the education ministry. In particular, in remote northern regions like Ohangwena and Omusati, only 18 percent of schools have connectivity and electricity.

This is where free internet gift hardly makes an impact.

Free internet is a good gift for our education and health alerts, but this is a case of having a shiny new laptop but no electricity. Power us first.

By controlling who has internet access, the current government can also maintain political control of all other narratives in Namibia. The Southwest People’s Organization (commonly referred to as SWAPO), the former liberation war movement, has so far governed Namibia with near impunity since independence in 1990. But SWAPO has now begun a fight for its very existence as it bleeds support.

Thanks to growing corruption, repression and outright failures, SWAPO has gone from 80 percent control in parliament in 2014 to a mere 65 percent today, largely due to the fact that residents from important cities in the marginalized north — and even the capital, Windhoek, have started to reject SWAPO.

Meanwhile, SWAPO has invested heavily in lucrative relationships with domestic internet corporations, along with the Chinese powerhouse, Huawei, as a means of digital and electronic control of Namibia’s population.

This rolling out of free internet during the pandemic should be seen as a panic realization that, amid the pandemic, public discourse in Namibia has moved increasingly online and the state risks being cut off from the conversation unless they can control it, according to Yasin Kakande, the tech-rights analyst.

For instance, in October, ordinary Namibian citizens organized #Shutitdownall, an on- and offline push to force authorities to act on the country’s lamentable incidences of rape and sexual violence. Activists had seized upon the decentralized nature of the internet space, unchallenged.

Providing free internet to students and shifting electoral procedures online via internet apps may give the ruling party a chance to assert greater authority and influence over digital spaces.

SWAPO cannot afford to lose its power or its lucrative financial deal with Huwai — especially during a pandemic. By supplying free internet, gadgets and data, and moving voting procedures online, they maintain ultimate authority and control over the internet.

For those who are left switched off, that’s the real shutdown.

This article is part of a series of posts examining interference with digital rights under lockdowns and beyond during the COVID-19 pandemic in nine African countries: Uganda, Zimbabwe, Mozambique, Algeria, Nigeria, Namibia, Tunisia, Tanzania and Ethiopia. The project is funded by the Africa Digital Rights Fund of The Collaboration on International ICT Policy for East and Southern Africa (CIPESA).