In response, Indians who live in interfaith families shared their experiences online 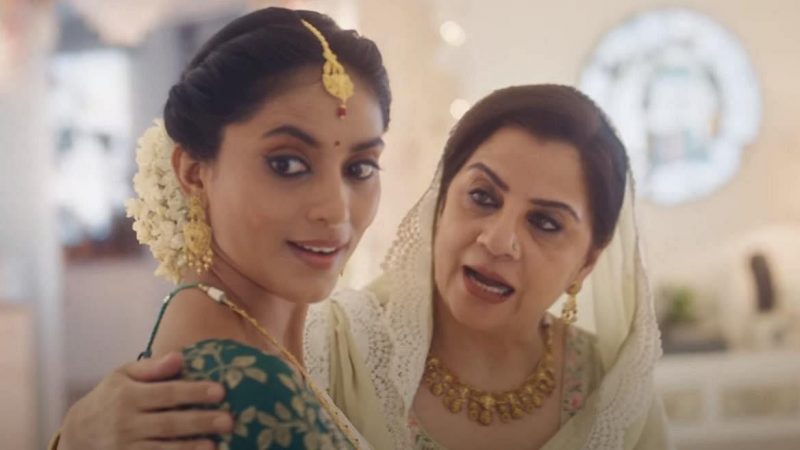 The advert by Tanishq released on October 9 shows a Hindu woman wearing saree and jewellery being led by her Muslim mother-in-law to a traditional Hindu baby shower.

The daughter-in-law says to the mother: “But these rituals are not performed in your (Muslim) family,” to which she replies “keeping daughters happy is a ritual of every family.”

Within two days of the release, #BoycottTanishq started trending on Twitter.

You have been subtly called terrorists!

Now this time I will be serious in saying #BoycottTanishq pic.twitter.com/XmX4a8My5h

At first, Tanishq responded by disabling comments on their Facebook and YouTube channels. Afterwards, it withdrew the advertisement from its social media pages altogether and issued a note of apology. Tanishq reiterated that the purpose of the ad was to promote unity, not to stir negative emotions.

Conservative groups also staged protests outside Tanishq jewellery stores in some Indian cities. In Indore, they demanded stores displayed the apology note on the windows.

Tanishq was also criticized for pulling the ad, accused of buckling under the pressure of India's right. The brand claimed that they had to consider the emotions they've stirred as well as the safety of their stores’ employees.

India's Special Marriage Act of 1954 gives Indian citizens the right to marry anyone irrespective of their caste or religion. It is applicable to all states except for Jammu and Kashmir.

Despite India's long history of interfaith marriages, such unions are still frowned upon by conservative sectors of society.

Couples of interfaith marriages have often been victims of harassment. With growing religious intolerance under the current government, abuse has increased — and often takes place online.

A Muslim woman who posted a picture of her interfaith marriage in support of the Tanishq commercial received 40,000 abusive messages on Twitter.

Despite threats, many Indians who live the reality of interfaith families have chosen to share their experience online. Actor and director Rasika Agashe, who is married to a Muslim Bollywood actor, posted a photo of her Hindu baby-shower:

My baby-shower…thought I should share it…and before crying out love jihad, lets learn about special marriage act..

Prominent Indian leaders have also lent their voice to the brand. Ex-Minister of State and former Under-Secretary General at the United Nations Shashi Tharoor tweeted:

Lawyer Karuna Nandy shared an article written by Sameena Dalwai, a professor of Indian Law at the Jindal Global Law School, that argues that such rightwing activists are not only anti-Muslim but also anti-women.

Law Prof tells her story, as the unborn child in the Tanishq ad: "They tried hard to give us the world.. other mixed families and friends. Yet they could not shield us from riots, hostility and vulnerability. But being on the faultline gave us strength." https://t.co/cs8Au2KHlW

Although fury over the advert will probably die down soon, it is yet another example of growing religious prejudice in the country.