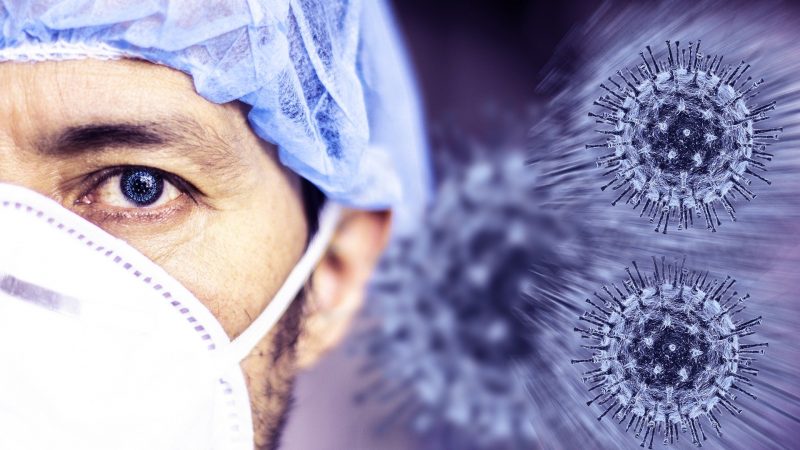 Image by Fernando Zhiminaicela from Pixabay. Used under a Pixabay License.

On 6 April 2020, health care workers staged a protest in, Quetta, capital of the Balochistan province, to demand more personal protective equipment (PPE). The police resorted to baton charging the protesters and arrested about 150 medical workers.

There are over 4000 coronavirus patients in Pakistan, and healthcare professionals are working with limited resources at their disposal. While doctors working directly with coronavirus infected patients are provided with PPE, medical staff who are seeing patients suffering from other ailments claim they are being forced to work without sufficient protection. So far 18 doctors have been infected in the province while performing their duties.

During a devastating pandemic, only Pakistan can be the country imprisoning doctors because they were demanding protective equipment for their safety. pic.twitter.com/KlP8zLktkk

What a sorry display of governance in Balochistan right now. Doctors being arrested for protesting over government's failure to provide them PPEs to treat Covid-19 patients. So very sad images coming from Quetta

In response to the arrests, the Balochistan Young Doctors Association announced a strike in non-critical care wards across the province. Under pressure, the arrested doctors were released on Monday evening and only left the police station when officials assured them that PPE would be made available. On 7 April, doctors called off their strike after the provincial government agreed to provide PPE kits and extend contracts for 533 doctors

The Special Assistant to Prime Minister on National Health Services Dr. Zafar Mirza condemned the treatment of the doctors and assured the public that protecting medical personnel was the government's top priority.

As part of Pakistani government efforts to procure supplies and equipment, China agreed to provide relief assistance to Sindh, Gilgit-Baltistan and Islamabad. The Japanese government has also agreed to assist with health supplies.

The Pakistan National Disaster Management Authority (NDMA) is continuing to procure medical supplies — PPE and testing kits — some of which have already arrived from China. On 7 April, the Pakistani Army also dispatched emergency medical supplies to Baluchistan for direct distribution in health facilities.

Emergency supplies of medical equipment including PPEs being despatched to Quetta on orders of COAS to help medical staff fight Covid-19 effectively in Balochistan. “Doctors & paramedics are the frontline soldiers in this war…” (1/2)

Medical staff are at the frontline of the fight against COVID-19, putting them at considerable risk of infection. This is true across the country and, so far, two doctors have died in Pakistan. Global Voices spoke with Dr. Nauman, an anesthesiologist at District Head Quarter Hospital in the city of Dera Ghazi Khan, after he was diagnosed with the virus:

We have been working with insufficient kits, inappropriate quarantine facilities, and the kits are not up to WHO standards. There are about fourteen staff members including doctors, effected by the virus. The Government was responding to our needs, however, in the last two days there seems to be some communication gap between the hospital and Government officials.

Social media has been awash with tributes to the country's doctors and healthcare workers; however many people also pointed out that they didn't need tribute but rather PPE kits and proper facilities to battle the virus.

Ministers’ children play with corona relief kits while doctors and nurses perform duty without kits.
One Not Two Pakistan…