Game of Thrones and climate change: brace yourselves, summer is coming! 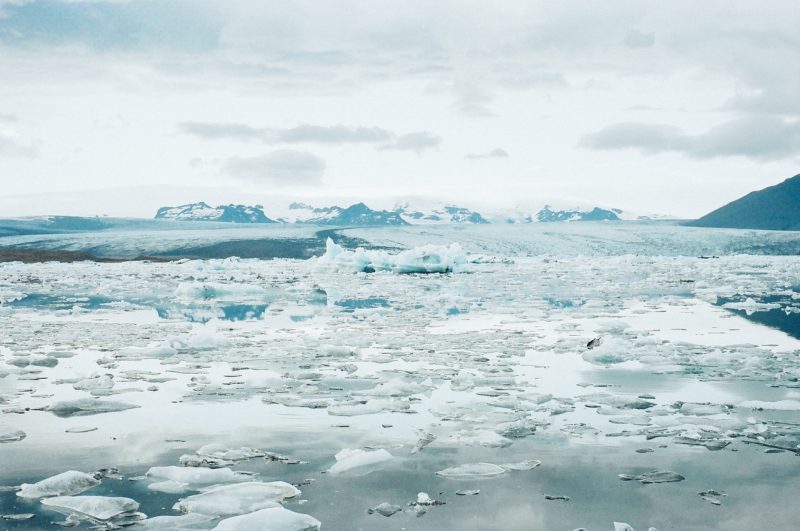 Imagine a world where political clans fight for power while ignoring a threat never seen before—and which could annihilate their societies without much consideration for human-made boundaries.

That narrative could describe the eighth and final season of Game of Thrones, set for release on April 14, in which the fate of Westeros will be sealed as the army of the dead finally makes its way through The Wall. It could also describe the current state of world politics, where figures such as Donald Trump and Jair Bolsonaro wage war against multilateralism at the moment we need it the most. Political distractions like billionaire walls and celebration of past dictatorships occupy their agenda while the real — and potentially irreversible — threats posed by climate change are already upon us.

In the HBO series, the Great Houses fail in addressing the worst danger Westeros has ever faced, and in real life, the scenario is not much different. Those who have historically been the main contributors to climate change are not taking action to offset their activities, while emerging countries like China, today's major emitter of greenhouse gases, use the poor response from developed countries as an excuse to postpone their own. Although the principle of common but differentiated responsibilities reinforces emerging countries’ position, they will also be losers if we fail to tackle climate change as a global community. Perhaps the metaphor of the white walkers makes it easier to understand why the prisoner's dilemma strategy of maximizing individual benefits is an illusion. If Westeros loses the war against the white walkers, there will be no throne for Cersei or anyone to sit in.

So why is so difficult for most Westerosi to respond to the imminent catastrophe coming from the north of the Wall? One can say that it is hard to understand something you have never seen, and which contradicts the experiences from your ancestors. Perhaps that was the reason Jon Snow risked his life and the future of Westeros to capture a “living” white walker (if there is such a thing). As the show’s Don Quixote, Snow believes he can win political inertia by literally throwing the problem in decision-makers’ faces. After all, who would deny the existence of a creature if it almost bit you?

It’s interesting to consider how people would behave if there were no more doubts about the existence or dangerousness of white walkers. There are three basic responses, all of which have analogues in the current climate change crisis:

Perhaps you did not previously believe in white walkers (or climate change) or underestimated the risk they posed. But recent facts forced you to rethink your position and everything you considered important so far. This happened to Daenerys Targaryen, who took a break on her quest for the throne to deal with a more pressing and irreversible issue. Jaime Lannister also breaks his unwavering loyalty to his sister Cersei and joins their former enemy to fight for everyone's survival. Jon Snow goes even farther and teaches the enemy how to kill a white walker, revealing a military secret for the common good. In real life, actions such as Elon Musk's release of all Tesla patents remember us that there is no competitive advantage that would survive in a disrupted world.

2. The option to withdraw

Like the characters mentioned above, Euron Greyjoy had his world view and priorities shaken by an encounter with a white walker. Nevertheless, he still chose not to join the coalition led by Daenerys. After Jon Snow confirmed that white walkers cannot swim, Euron decides to abandon Cersei and everyone else and return to his island, where he believes he will be safe from the army of the dead. He even advises Daenerys to do the same, saying that they both could rule the world when this crisis ends.

Would there be anything to rule by then, though?

To return to the climate change analogy and multilateral cooperation, countries like the United States or Brazil may have less at stake than Tuvalu and other Pacific islands. But it is an illusion to believe that they would be immune to the impacts of climate change. No one will.

3. The cold never bothered me anyway

Cersei believes she can keep—or even increase—her power while the rest of the world freezes to death. She not only refuses to join the resistance—she is also planning to attack them and maximize her short-term gains. Countries like Russia and Saudi Arabia also block international cooperation for the sake of their fossil fuel industries. But while those industries provide short-term earnings to their GDP, fossil fuels will not protect those countries’ populations from the increasing effects of climate change.

Another similarity between the white walkers and climate change is the unpredictability of their attacks. Both threats are somewhat alien to humans, and there is not much time left to prepare for them. After almost 25 years of discussing what to do at annual UN conferences (COPs), world leaders are now being pressured by school children to stop talking and start acting. Brazil even gave up the presidency of the next COP, set to happen this year in that country, thus closing the door to new investments and cooperation opportunities.

Game of Thrones exemplifies what can happen if we do not heed the children's cries. When Daenerys loses one of her dragons to the Night King, the impact of the army of the dead is immediately intensified. This single event changes the whole scenario in a flash, potentially condemning everyone to death.

The effects of climate change, likewise, could intensify quite abruptly: a future level of warming could push the global climate to a tipping point, causing unforeseen and irreversible changes to physical systems. It is uncertain what this level is for different processes, but it increases dramatically for temperatures above 1-3 C. These processes could also intensify over time. Given that most aspects of climate change will persist over centuries, and higher increases in temperature could result in positive effects that leverage warming even more, mitigation policies should apply the principle of precaution to avoid catastrophic and irreversible changes to the earth’s climatic system.