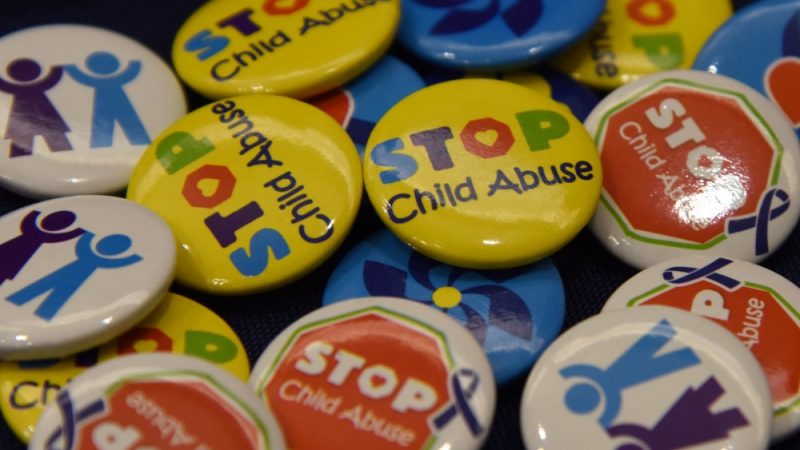 The Federal Ministry of Human Rights of Pakistan (MOHR) recently initiated a campaign to raise awareness around child abuse in the country. The campaign highlights the need for parents, teachers, and society at large to be vigilant and inform children about child predators. Like many countries, child abuse in Pakistan is a serious issues which often goes unreported. This is the first campaign of its kind in the country and it has already received a warm response from both activists and the general public.

A man trying to touch a child in a park and trying to kidnap him, but the child starts shouting and the other kids gather around them saying, ‘not allowed to touch.’

Child abuse is not a recent phenomenon nor restricted to a particular region. According to Sahil, an NGO working in child protection services, about 3,445 children (2017 girls and 985 boys) were abused in Pakistan in 2017. However, this number is much higher as most cases are not reported because of social stigma attached to the issue and the lengthy investigation process by the police. Unfortunately, the victims are often abused by their relatives or someone they know and trust which leads many to remain silent.

In recent years, several child abuse scandals have shocked the nation. In 2016, the Kasur child abuse scandal made headlines and, in 2018, the rape and murder of six-year-old girl Zainab Ansari led to protests. These were widely discussed on social media and people demanded that the government punish the culprits and protect children.

Helping set up the campaign

The Minister of Human Rights thanked two local rights group Kasur Hamara Hai (KHH) and Shehri Pakistan for helping initiate this campaign and gathering videos to use in the campaign.

I want to thank Shehri and Kasur Hamara Hai (KHH) for helping us with our Child Abuse Awareness programme by providing us with the awareness videos on a voluntary basis.

Global Voices spoke to Shimaila Matri Dawood, a member of the Kasur Hamara Hai (KHH) group and the Managing Director of a media management company, to learn about their contribution to the campaign:

Shimaila Matri Dawood:It was after the brutal rape and murder of Zainab Ansari that a like-minded group of ordinary volunteers from different walks of life came together to form the Facebook group ‘Kasur Hamara Hai,’ to undertake two tasks. To begin with; the first, to advocate the establishment of a missing child alert, response and recovery system to be set in motion on receipt of a report of a missing child anywhere in Pakistan; and second, to create a series of videos for awareness of child abuse and actions needed to protect children from predators.

Global Voices (GV): What do you think about this campaign launched by the Ministry of Human Rights?

Shimaila Matri Dawood: We were very grateful that everyone we approached spared their time, expertise and equipment complimentarily and put in their hearts and souls in making an educational campaign on child abuse prevention. Later two of these videos were given to Dr. Shireen Mazari and MOHR for use in launching a public service campaign on child protection.

Here are some examples of the videos used in the campaign which ran on national TV and also on social media:

The above video shows that a mother is coming to drop her son at school and sees a driver trying to touch a child in a car, she walks up to the driver and tells him that he is ‘not allowed to touch’.

The above video highlights that children should not believe strangers or go with them anywhere is also uploaded.

On social media, the campaign was largely appreciated by users and a hashtag #ChoonaManaHay (not allowed to touch) was also trending on Twitter:

Good step, It is need of time to raise awarness about this issue. The teachers can play most important role in it. Make this compulsory part of teachers training. There should be special lectures on this topic in schools occasionally. #ChoonaManaHay

#ChoonaManaHay
Great initiative!
With all the horrific cases of child abuse and molestation being reported, it's high time we start teaching young children about “Good Touch Bad Touch" https://t.co/c47H56uI4z

The Pakistani government has taken a number of steps to prevent child abuse. A National Child protection Centre has been set up by the Ministry which offers free education, counseling and medical treatment. A toll-free telephone Helpline (1099) has also been set up where human rights issues, including child abuse, can be reported.

However, Pakistan needs a lot more campaigns like #ChoonaManaHay to reach every citizen and create an impact to prevent child abuse.