At the peak of the 2018 Atlantic hurricane season, Jamaicans remember ‘Wild Gilbert’ 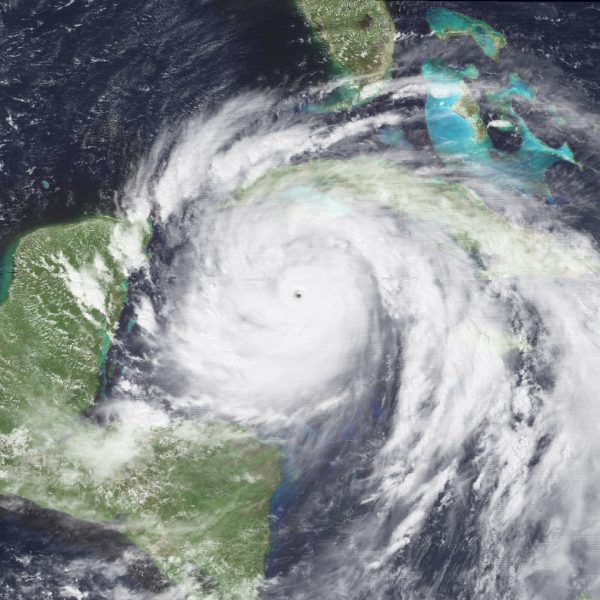 As Hurricane Florence began to bear down on the Carolinas in the United States, and an uncertain storm named Isaac moved towards the Caribbean, Jamaicans took time out to remember the mighty Hurricane Gilbert of 1988 — a terrifying storm for which the island was largely unprepared.

Thirty years ago [in] September 1988, Hurricane Gilbert hit Jamaica with sustained winds of 125 mph as its 15 mile-wide eye moved from east to west across the length of the island leaving a swathe of destruction. It produced a 19 ft storm surge and brought up to 32 inches of rain, causing flash flooding. 49 people died and US$700 million in damage was sustained. More than 100,000 houses were destroyed or damaged and the country's banana crop was wiped out. Hundreds of miles of roads and highways were heavily damaged and the electricity supply was disrupted. The country struggled to regain normalcy, but we prevailed and Jamaica was mostly back on track within months.

Mainstream media marked the anniversary via call-in radio shows, newspaper articles and photo montages. One Twitter user reminisced that something as simple as ice was one of the most sought-after items post-hurricane.

Others shared vivid memories of the storm:

Things that stand out for me re #HurricaneGilbert: 1. The silence at the end of it all. 2. Piercing sunshine & damp searing heat after the rain eventually stopped falling in a day or two. 3. The fact that wind can feel like a solid thing.

The eye of the storm passed directly over the island, from east to west, and many recalled being shocked at the level of devastation:

I can’t believe it’s 30 yrs Miss Marcia..it feels like yesterday since this nightmare occurred.The sounds of the wind howling & the rain lashing..huge trees torn out the ground leaving giant holes.objects flying through the air like toys.destruction & devastation left behind??

I don't think I have experienced anything like Gilbert ever before or ever since. The winds were ferocious; the water was violent; the trees howled under the pressure and every door in the house sounded as if they were ready to be unhinged. We prayed. We hoped. We asked for a speedy passage. Nightfall came. Morning came.
We knew there was devastation, but could not possibly have envisaged what we saw when all the ‘dust’ settled.
All the leaves were stripped from the trees, and the hills looked barren. The roads were impassable. Communication nil!

Blogger Wayne Campbell noted that the storm increased a sense of neighbourliness:

The aftermath of Gilbert brought Jamaicans closer. I recall the morning after [its] passage, all who could walk did just that around the community inspecting and commenting on the damage done. It was a time to meet and chat with old friends and get acquainted with new ones. It was also a time to get to know your neighbour. There was no electricity so the transistor radio was the main source of information and entertainment. The Jamaica Broadcasting Company (JBC) and Radio Jamaica (RJR) were the primary media entities at the time. ‘Young bud nuh know starm’ [‘Young people don't know storms’] Thankfully, we survived hurricane Gilbert.

A mother and her son (then four years old) talked about the Gilbert experience from their different perspectives:

I sure as heck remember this! Again…all it meant for 4yr old me was…COOL!! #HurricaneGilbert #Gilbert30th https://t.co/xLRWB9Uz4A

Veteran politician Edward Seaga, who was prime minister at the time, recalled how the government coped with the disaster, while award-winning writer Nicole Dennis-Benn referred to the “Gilbert diet” of canned food and “bully beef” (corned beef):

Today is the 30th anniversary of #HurricaneGilbert. To this day, I can still smell bully beef from afar & hear the sound of that mango tree that nearly crush our house in Vineyard Town before a mighty wind flung it in the other direction. Be safe. #HurricaneSeason #Jamaica ???

It's no surprise that Hurricane Gilbert soon had its own theme song. Singer Lloyd Lovindeer was inspired to write the humorous song Wild Gilbert when he saw satellite dishes flying in the air from uptown homes. Many such pieces of 1980s technology were strewn on the hillsides around Kingston. The dish was a status symbol at the time, so Lovindeer's song carried piquant social commentary:

In those 30 years ago days,having a big satellite dish in one’s front yard was a big status symbol. One could feast on foreign TV & not suffer the indignity of only having JBC TV (Govt. Owned) to watch. So Lovindeer’s ‘Unno See Mi Dish’ carried layers of meaning #HurricaneGilbert pic.twitter.com/rgsmSLRtAC

Netizens couldn't help but compare the means of communication back in 1988 with today's technology:

Listening to news reports about #HurricaneGilbert from 30 years ago…from the @rjrnews archives…takes me back to a time when there was no internet, no Twitter, no cell phones, no what's app to turn to for news about what was happening…@djmillerJA #RJRBTH

The Meteorological Service of Jamaica also noted that it is much easier now to track hurricanes, and that Jamaicans have become more knowledgeable and are better able to prepare; in the case of Gilbert, authorities only issued the hurricane warning the night before the storm hit.

Nowadays, the Jamaican public is far more aware, and the country takes fewer chances. With the increasing number, growing unpredictability, and sheer intensity of storms during the annual Atlantic hurricane season, people now regard being hit by a hurricane as almost an inevitability.

The message? Be prepared. Even for the weak and vacillating Hurricane Isaac, emergency response agencies are on the alert to carry Jamaica through the next few months as safely as they can.