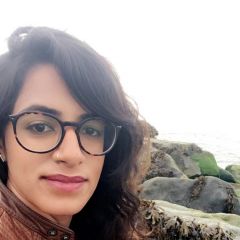 [This article was written by an invited author, Andry R. Razafimbahoaka. The article was then edited by Global Voices for context and clarification]

Since the Convention on the Rights of the Child was signed in 1991, Madagascar has been multiplying its efforts to implement policies that protect child rights and created more than 750 child protection networks within the country since 2004. Despite this progress, abuse, violence, sexual exploitation and forced labor are still a tragic reality which silently occurs behind closed doors. According to a report released by the Malagasy State and UNICEF, every second young Malagasy claims to have been the victim of violence at school, and nine kids out of ten have been beaten by their family.

An alarming report by UNICEF

Following a request by the Malagasy government, UNICEF carried out a study on violence perpetrated against children in the country. The result of the study is beyond alarming:

89% of children report having suffered from physical domestic abuse at least once. Nonetheless, 72% of them say they feel safe at home.

Globally, the report highlights that violence is very often rooted in traditional practices which are very difficult to challenge. Rajae Sbihi, a child psychiatrist who partook to the study, explains:

Violence is considered as a means of education, whether it is at home or at school. According to Sbihi, children in rural communities are even more at risk to violence, explaining that almost 20% of Malagasy children are not registered at birth – particularly in remote districts – which increases their vulnerability. Public powers are indeed often one of the only safeguards for child victims of violence, even more, if it happens at home. This type of violence leads to severe wounds, trauma, physical and emotional development troubles, risky behaviors or even dropping out of school altogether.

Besides physical violence, there is a range of scenarios which hinders children development. In fact, 40% of young Malagasy's report having worked before the age of 18. Laureate Rasolofoniainarison, national administrator of projects at the office of the OIT (in English ILO: International Labour Organization) in Antananarivo, explains how this perpetuates the cycle of poverty:

Parents often say that they send them to work instead of going to school because they are poor. In reality, making their children work is what makes them poor, by perpetuating a cycle in which education and the possibility of rising socially have no place.

Young girls are even more vulnerable to this violence. Early marriage is part of the Malagasy tradition and is a problem for minors. More than one-third of girls between the ages of 15 and 19-years-old are already married or in a relationship. Very few teenagers use contraceptive methods (less than 8%) which considerably increases the number of unwanted pregnancies. In fact, 30% of the minors in the island have a child, as reported by a rating from the World Atlas 2015. This number reaches up to 50% in some areas of the capital. Another alarming statistic is the rising rate of sexual exploitation of girls for commercial purposes, particularly near petroleum and mining sites.

Before this report, children's needs and rights were unknown in Madagascar. This latest report is seen as a tool which allows child protection advocates to better understand, prevent and respond to these risky situations. It is also a first step towards a more comprehensive national policy which aims to reduce violence. It can also be used as an argumentative tool to convince people to let go of traditional practices which can be detrimental to children. In total, UNICEF has deployed 240 social volunteers on the island to provide psycho-social support, communal dialogue and social mobilisation.

UNICEF has also established partnerships in order to develop a code of conduct for all mining employees and sub-contractors in Madagascar, in an effort to end young women's sexual exploitation. This practical approach should hopefully have a progressive impact on their protection in the next few years.