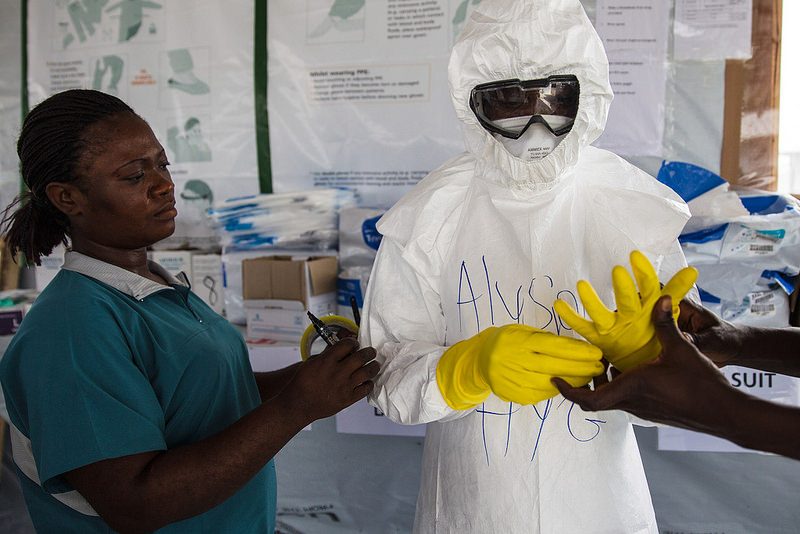 The death of nine-year-old Bridget Nalunkuuma in the central Ugandan town of Nakaseke has rattled residents who fear the girl may have suffered from Crimean-Congo Hemorrhagic Fever.

Eight other  people have reportedly died in recent months after experiencing similar symptoms.

Present in Sub-Saharan Africa, parts of the Middle East and Asia, Crimean-Congo Hemorrhagic Fever is transmitted through insect bites or direct contact with bodily fluids of an infected person or animal. It bears symptoms similar to Ebola, the deadly viral infection that killed 11,217 people in three West African countries in 2014. But they are not in the same viral family.

According to the World Health Organization, Crimean-Congo Hemorrhagic Fever (CCHF) can have a fatality rate of up to 40% of people infected. There is no vaccine for the disease.

Multiple media reported that the cadaver of the nine-year-old girl was tested for Crimean-Congo Hemorrhagic Fever and the results came back positive.

Authorities took precautions consistent with the disease before collecting and burying the body, as seen in photographs taken and posted online by Uganda Radio Network.

While rumors about the virus have circulated online and in the media, the Ugandan government is rejecting the claims. The report of the death of nine-year-old girl comes shortly after the Ministry of Health Secretary Dr. Diana Atwine refuted media reports about the outbreak.

Earlier in December 2017, another child was admitted to a hospital in the same district with signs of the Crimean-Congo Hemorrhagic Fever.

In a report read out by the minister of Health Hon. Sarah Opendi confirmed that the child, a nine-year-old boy, tested positive and was treated at the facility. Follow-up tests showed he was no longer infected with the deadly disease.

The Ugandan Ministry of Health tweeted that the fever is not present in the country and urged people with fevers and headaches to report to a health facility:

Hon. Opendi: I want to inform the public that we do NOT have any suspected cases of Crimean Congo Hemorrhagic Fever (CCHF) in communities. In case, there is anyone in the community who has fever ?,headache?, vomiting,diarrhea,body ache,please report to nearest health facility

In a press conference, the Uganda Medical Workers’ union asked the government to clearly explain the status of the fever in the country and take all necessary measures to handle the incident as an emergency.

Several people have also come out to comment on the situation through their social media accounts.

Bantu Dragon tweeted her concern that the government's denial of the epidemic makes the situation more risky for the citizens, as this can lead to a wider spread of the fever:

So what was the point in gov't denying the outbreak of the Crimean Congo fever? Like seriously, what were their motivations? Ignore it and maybe it will go away meanwhile as it spreads? I really can't wrap my head around this level of stupidity.

Twitter user Omara-Ogwang James expressed confusion over the matter, suggesting that he did not know who to trust:

Doctors Association (and pretty much everybody else): there is Crimean Congo fever in Nakaseke

GoU (Min of Health): NO! There is no Crimean outbreak!

Television journalist Walter Mwesigye shared an infographic chat on how the fever spreads. Even though the Ministry says there is no risk of the disease in the country, he feels people should take caution:

Ministry of health is set to address the country on repeated reports of Crimean Congo Hemorrhagic Fever outbreak. P.S @Atwine_Diana said, last week, that there are confirmed cases of the disease in Nakaseke district. #NTVNews @ntvuganda

However this is what you need to know? pic.twitter.com/D5UnOARuCZ

Uganda has in the past suffered other epidemics such as Ebola, Cholera and Marburg which gives more reason for the people to be scared of any threatening outbreaks. At this time, it is not clear if the government trying to temper media coverage, or if there really is no threat of an outbreak.