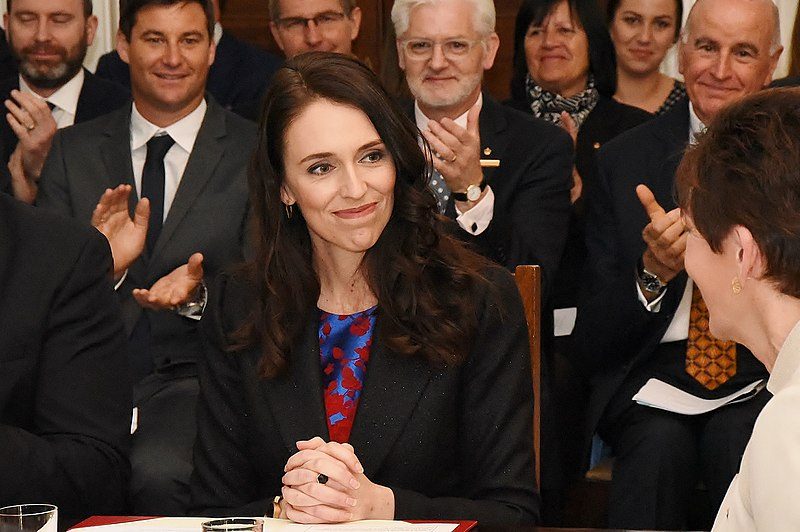 The announcement that New Zealand’s Labour party prime minister Jacinda Ardern is pregnant has brought immense joy to many on local social media. Jacinda and her partner, Clarke Gayford the TV host of Fish of the day, announced via Twitter:

We thought 2017 was a big year! This year we’ll join the many parents who wear two hats. I’ll be PM & a mum while Clarke will be “first man of fishing” & stay at home dad. There will be lots of questions (I can assure you we have a plan all ready to go!) but for now bring on 2018 pic.twitter.com/nowAYOhAbF

People immediately took to social media to share their excitement about the announcement:

Just love that the NZ Prime Minister is going to be a normal woman with a job and a baby! Good for her. https://t.co/ITewG6Gsx7

I love this so much!!! This is gong to challenge so many peoples ideas of what (pregnant/mothers) women in power positions can do!! https://t.co/Y1XMSUrmey

However, this overwhelming support has been laced with some defensiveness:

Jacinda Ardern is pregnant. I can already hear men complaining.

#NZ Prime Minister @jacindaardern announces her pregnancy. Baby due in June. Congrats. Can't wait for the first white middle age male commentator to share his insights on what the Prime Minister does with her body along with child-rearing tips. https://t.co/bwNlZPxKR6

The 37-year-old was the world’s youngest female leader when she became PM in October 2017 and only the third NZ woman in the role. Apparently, she found out she was pregnant six days before the political party NZ First's Winston Peters offered to form a coalition government with Labour. He will be acting PM during her planned six week parental leave.

Jacinda Ardern is politically and socially progressive, a feminist and a social democrat. Her statement on taking office that capitalism has been a “blatant failure” for New Zealand's children has been criticized by some conservatives.

An earlier controversy had been sparked within hours of her becoming opposition leader last year when ex-cricketer and media personality Mark Richardson asked her if she would need maternity leave if she became pregnant while PM.

This tweet drew a connection, complete with a childish insult:

“Jacinda Ardern having a baby is an inspiration for a generation” LOL funniest thing I have heard all year! At least she has 2 brain cells now that she is pregnant! #Jacinda! Mark Richardson! Prime Minister!

Pakistani journalist Veengas was among those to point out the Ardern is not the first pregnant world leader:

A generation ago, Pakistani Prime Minister Benazir Bhutto was pregnant with, and gave birth, to her daughter Bakhtawar on January 25, 1990 via @CNN https://t.co/Wh4pWnNbas

There have been smatterings of the anticipated disapproval on Twitter:

Ridiculous! #JacindaArdern #nzprimeminister is pregnant. Wrong on so many levels – PC gone mad. As much as the world should embrace woman and the workforce, you simply can’t be a good Mum and PM at the same time. Impossible. Irresponsible. https://t.co/EISXWZw5EY

So Jacinda Ardern gets pregnant and her mob are ecstatic….I actually thought women everywhere got pregnant, without this idiotic adulation that Ms Teeth is receiving.

A post from Stuff.co.nz’s Facebook page has plenty of negative comments. Jeannie Wood did not pull any punches:

This is a story of immorality, lies and deceit. It is not something to be proud of. Jacinda kept this secret from the public. She should step down, get married and be home with her child at least for the first year.

There is such a lovely buzz in #Wellington right now.. Like a royal baby & a royal wedding combined. #America this is what a #21stCentury country looks like. And it's great. #KiwiRoyalty

‘Centre Right’ online media site Whaleoil has lots of comments critical of Ardern on its posts, ranging from the negative to the nasty. LesleyNZ was one of the more restrained when she addressed the PM's comment that, “I am not the first woman to multitask.”:

All this multitasking superwoman mum talk about Jacinda is marginalizing a segment of mothers – those who believe that staying home to look after their children and forgo a career and not make lots of money is more important and that the job of a mother is the hardest one in the world. They multitask too and don't leave it up to childcare or others to look after their children. Of course Jacinda is fortunate in that she earns a big salary so her partner does not have to go to work and can be a stay at home at dad and not have to put baby into childcare.

Some Ardern supporters have recalled attacks on former Labour PM Helen Clark for being childless:

The people who are bitching about Jacinda having a child are likely the same people who bitched about Helen Clark not having any.

In an expletive-charged post, Emily Writes, The Spinoff Parents editor, has responded to many of the negative reactions:

SheKnows’ Jennifer Mattern let the PM have the last word:

But Ardern's final word on the topic — her response to naysayers doubting her ability to serve as prime minister throughout a pregnancy — is our favorite: “None of them detected I had pretty bad morning sickness for three months of establishing the government,” she said wryly.

Reporters asked how she pulled that off. Ardern shrugged and replied, “It's what ladies do.” Indeed it is.