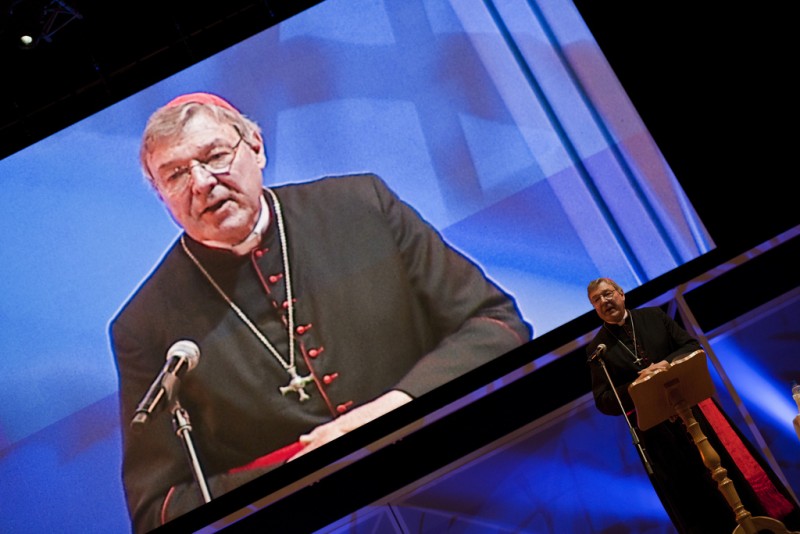 On 29 February 2016, Australian Cardinal George Pell began nearly 20 hours of giving evidence to the country's Royal Commission into Institutional Responses to Child Sexual Abuse via videolink from Rome. His testimony was part of the commission's public hearings into how the Catholic Church handled cases of child sex abuse involving clergy within its institutions.

George Pell grew up in Ballarat and was a priest there in the 1970s and 80s. During that time, he lived in a house with notorious convicted paedophile priest George Ridsdale in 1973. Pell went on to become a bishop in Melbourne in 1987 and continued moving up in the church's hierarchy. In 2014, Pope Francis appointed him head of the Vatican's Secretariat for the Economy.

David Ridsdale, the nephew of George Ridsdale, flew to Rome along with other survivors to attend the session.

The commission questioned Pell over his knowledge of the child sex abuse. Pell denied knowledge of Ridsdale's and others’ offending.

It may have been a blessing in disguise that he did not ‘come home’ as musician Tim Minchin demanded because the hearing's set-up focused international attention on the issues raised and the cardinal's role. Reuters introduced their global audience to the controversy:

This global spotlight was one of the upsides for the survivors who flew there to be present while Pell gave evidence.

During his presentation, Pell was quite prepared to criticise the Catholic Church's handling of abuse allegations. He blamed the former bishop of Ballarat, Ronald Mulkearns, for repeatedly moving Ridsdale from parish to parish. He also accused former Archbishop of Melbourne Frank Little of covering up serious allegations. However, those looking for personal contrition or a smoking gun implicating him in cover-ups were sorely disappointed and many questioned his evidence:

#Pell says it's “upsetting” to have his testimony questioned. Hundreds of raped children weren't believed either, I bet they're upset too…

Nevertheless, there were occasional moments when Pell admitted some direct culpability:

Nail in the coffin:
Cardinal George Pell admits knowledge of abuse and says he should have done more https://t.co/sYQ2b60EIQ

Perhaps his lowest point came when answering about his lack of action over George Ridsdale:

And from his own mouth so was he damned to hell.

‘a sad story that wasn't of much interest to me’.#CARoyalComm#auspol

His memory failure was a popular meme on Twitter on the first of the four days of hearings:

If #Pell‘s memory is so bad why is he looking after the Vatican's finances.

Miranda Devine defending George Pell and Andrew Bolt reporting from Rome. What kind of fresh media hell is this? pic.twitter.com/vNJLGqPeRz

Pell modified slightly his previous public positions. But, fundamentally, he insisted that he knew little, and fulfilled his duties in relation to what he did know.

On several occasions, counsel assisting the royal commission suggested that Pell’s claims to be ignorant of child sex offending in various contexts was implausible. If everyone around Pell knew, how could he not have known?

With the Academy Awards in full swing, many tweeted about acting skills and the best picture winner “Spotlight“, which concerns child sexual abuse in Boston:

Many accused the cardinal of deliberate lies:

Seems that everyone knew about Ridsdale but Pell…what a load of rubbish…the parishes would have been alive with this information! #Pell

By mid-week longtime critic David Marr was comparing Pell's prowess in cleaning up the Vatican's finances with his actions and omissions over peadophiles back home:

These days he’s putting the cleaners through ancient Vatican offices which have never ever been audited. Millions are coming to light. He has enemies everywhere. All reports from the Holy See suggest the cardinal is doing well.

But the same man has a sad story to tell of being hoodwinked decades ago by an archbishop, a bishop, his colleagues and even the Catholic Education Office.

Brisbane Dentist may have been suggesting that getting straight answers was harder than pulling teeth, when tweeting First Dog on the Moon's cartoon:

George Pell: they didn't tell me because they were worried I might ask difficult questions | First Dog on the Moon https://t.co/Iptl9pm339

By Thursday, 3 March, some mainstream media were joining those on social media calling for Pope Francis to sack his close ally:

“Pell has no credibility as a moral leader. Pope Francis’ reputation is damaged by association if he fails to act” https://t.co/5q6dBaA92k

An added bonus for survivors was their meeting with Pell after the hearing, which addressed possible future action.

Some were upbeat on their return to Australia, despite not getting to meet Pope Francis:

One of those quoted in this article was clearly hopeful about better protecting children in the future:

Survivor Peter Blenkiron said he returned with renewed passion to work with schools to introduce wellbeing programs so children learned about how to cope with difficult emotions.

…Mr Blenkiron said he was not upset about not meeting with the Pope, stating he would have “preferred to meet the Dalai Lama – he kept me alive for a long time”.”

A writer publishing under the name BB left an anonymous “Survivor’s message to Cardinal George Pell“. It was far from optimistic:

So ends the testimony of one Cardinal George Pell.

So, back to the safety of the Vatican apartments slinks that little ecumenical mind.

So, unrealised, remains the potential of that Roman interrogative chair.

So, for us Survivors …

More background on the scandal and the setting up of the commission and the cardinal's connection can be found on earlier posts. 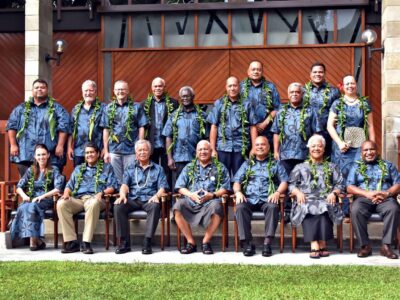