The Flourishing Relationship Between Women and the Book Industry of Jamaica 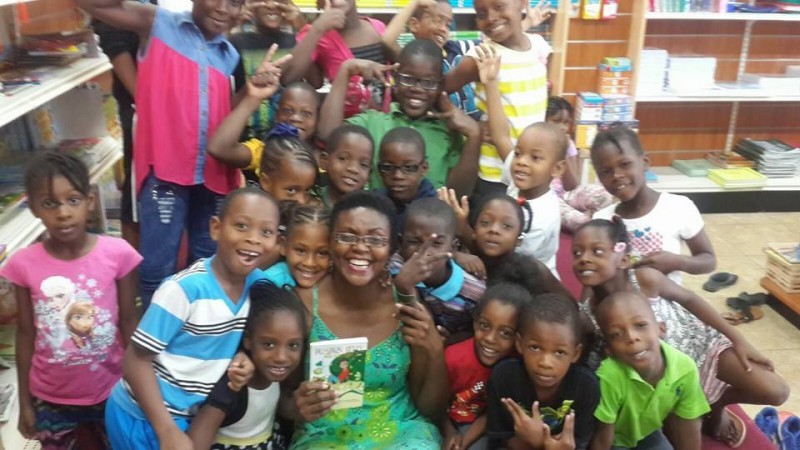 March 8 is International Women's Day, and with the compelling 2016 theme of gender parity, we decided to focus on areas of the Caribbean that are getting it right.

As the Kingston Book Festival continues in Jamaica this week, the increasing involvement of women in every aspect of the business of books is becoming clear. Whether writing, publishing or promoting books, they are energizing the Jamaican book market with entrepreneurial spirit and creativity, as well as simply good storytelling.

The festival is chaired by children's book writer Kellie Magnus, publisher of Jack Mandora Books (“Children's Stories for the Children of the World”). Magnus is a graduate of Harvard and Columbia University; her children’s book “Little Lion Goes to School” was approved for use in the New York City school system. With a strong focus on early childhood education and special needs, Magnus has also produced a series for autistic children.

In a conversation with Anansesem, an online magazine focusing on reading material for children, Magnus noted the paucity of good children's material across the Caribbean, despite growing demand for books for and about Caribbean children within the region and in the diaspora. This was two years ago, but the bulk of the children's book market in Jamaica still comprises text books. Magnus was candid, saying there should be a wide range of books that children will actually enjoy reading. She concluded:

I think when it comes to children’s books we need to try a little harder. Caribbean children deserve it.

For the Kingston Book Festival, Magnus has partnered with publisher Latoya West-Blackwood, who recently took over the helm at the 27-year-old Book Industry Association of Jamaica (BIAJ). As founder and CEO of iPublish Consultancy and iMagiNation Books, West-Blackwood is the youngest chairperson of the organization to date.

West-Blackwood's vision is to promote literacy and a love of reading as tools for national development, economic growth and educational excellence. As she noted at the launch of the Jamaica Library Service‘s National Reading Competition on March 7, 2016, books offer “a path towards cultural preservation”. 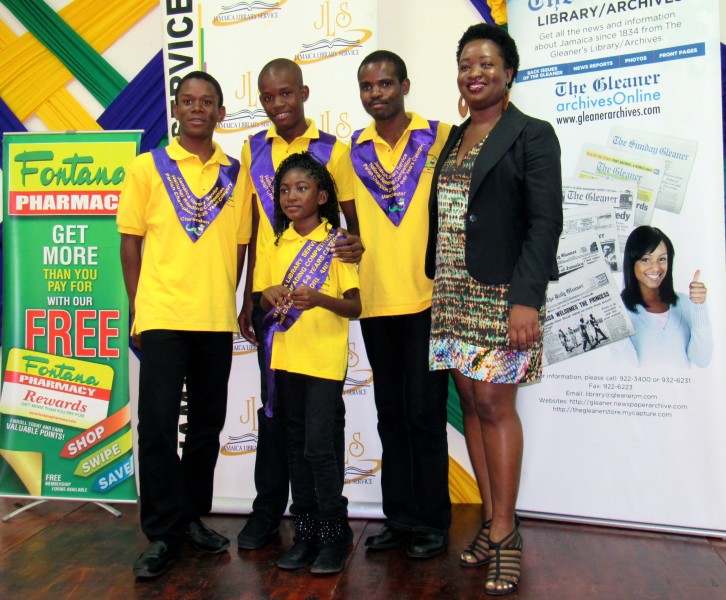 Latoya West-Blackwood with 2015 winners of the Jamaica Library Service National Reading Competition. Photo by the author, used with permission.

Another Jamaican woman in publishing, Tanya Batson-Savage, is just as entrepreneurial. She launched Blue Moon Publishing six years ago with an initial focus on helping to fill in the gaps for children's books. Her imprint, Blouse and Skirts Books, offers more adult titles and includes Jamaican-Nigerian writer A-dZiko Simba Gegele's witty coming of age novel “All Over Again,” winner of the inaugural Burt Award for Caribbean Literature, for young adults.

Carlong Publishers, established by pioneering woman publisher Shirley Carby over 20 years ago, reaches across the Caribbean with a wide range of educational publications. Her passion for books has stretched across generations: Carby's daughter Candice joined the board of the BIAJ (which her mother co-founded) in charge of marketing and communications.

Toronto-based Olive Senior is on her native island for the Kingston Book Festival, following a visit last year to promote her non-fiction account of West Indian workers on the Panama Canal, “Dying to Better Themselves”, which won the 2015 OCM Bocas Literary Prize for Non-Fiction. She will launch her latest book of short stories, “The Pain Tree” at the University of the West Indies’ Mona campus in Kingston on March 10; it is now on the recently announced OCM Bocas Prize for Caribbean Literature Long List alongside another Jamaican woman writer, Jacqueline Bishop.

While Senior and Bishop live abroad, Jamaican women writers are keeping the literary flame alive at home. Environmental activist Diana McCaulay is a prolific writer who finds time to advocate on environmental issues as CEO and founder of the Jamaica Environment Trust. Her work includes the spellbinding novels “Dogheart” (2010) and “Huracan” (2012). Her short story “The Dolphin Catchers” won the 2012 Regional Commonwealth Short Story Award.

Her third novel and first young adult novel (an area of growing interest among regional writers), “Gone to Drift”, was published in February 2016 by Papillote Press, a small imprint based in Dominica. Built on “The Dolphin Catchers”, this tale of fishermen and the sea won second prize in the 2015 Burt Awards for Caribbean Literature. McCaulay is currently working on a memoir. 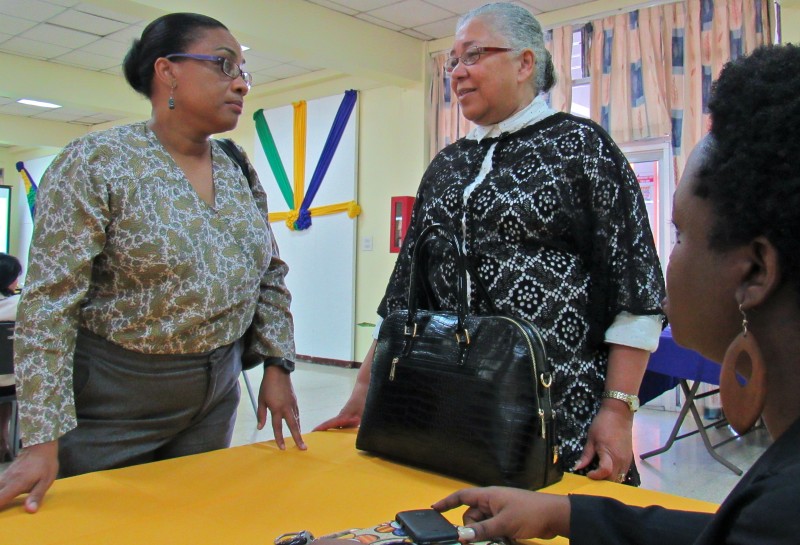 Gwyneth Harold Davidson and Jean Forbes in conversation with Latoya West-Blackwood. Photo by the author; used with permission.

Children's authors Diane Browne and Helen “Billy” Elm Williams both maintain blogs; and Gwyneth Harold Davidson, Jean Forbes and others continue to write and contribute to the field of education in different ways.

A place for poetry — and activism

Poetry also has its place. Female Jamaican poets have a rich legacy in the work of Louise Bennett-Coverly, who proudly brought Jamaican patois (an English-based creole language spoken in Jamaica) to the world. The country's new generation of women poets a — Ann-Margaret Lim's first collection poignantly captured the Jamaican experience and Tanya Shirley, who teaches at the Department of Literatures in English at the University of the West Indies’ (UWI) Mona campus, has been widely published and garnered tremendous acclaim for her work.

It is important to note that Jamaican women writers and publishers do not simply write for their own gratification, to win awards or to make money. There is a strong activist streak in them. They fervently believe in the power of reading and its importance for national development, regularly conducting school and community visits to spread the word with missionary zeal.

Jean Forbes (a judge in the Jamaica Library Service Reading Competition) made the point at the competition launch that low literacy levels have a negative impact on Jamaicans’ critical thinking and problem-solving skills, resulting in an inability to communicate effectively and a tendency towards solving conflicts violently. Indeed, reading and literacy have a critical role to play in society, and Jamaican women are carrying the banner onwards.