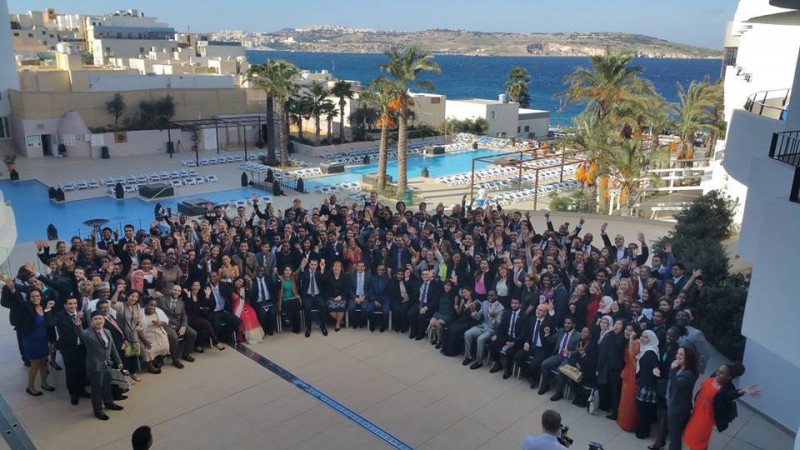 The youth of the 53 Commonwealth member countries are meeting in Malta just days before the Commonwealth Heads of Government meeting (CHOGM), which takes place in Valletta from 27 to 29 November, 2015.

The Commonwealth Youth Forum (CYF) 2015 participants are expected to come up with solutions which they will present to the heads of states for action. Most of the participants are tired of policy makers and their leaders who discuss issues that are never implemented. A total of 60% of the Commonwealth population — an estimated 2.3 billion people — are under the age of 30.

#WhatNext is the main slogan of the forum and the hashtags #WhatNext and #CYF2015 are being used to share the proceedings of the forum.

The Commonwealth Youth Secretariat summarised the spirit of the youth forum on Twitter:

“Silence never won rights. They are not handed down from above. They are won by pressures from below.”- @anglufarrugia #CYF2015 #WhatNext

Despite conflicts and differences that have developed between nations in the world today, the Commonwealth youths have chosen friendship and working together, as pointed out by Mohammed Hoodh, a youth leader from the Maldives:

#Malta & #Maldives friends and youth leaders is working together for the common good is #WhatNext #CYF2015 pic.twitter.com/JEun4txKQb

Invest in our ideas!We must take proactive actions now.We are the leaders of today. #CYF2015 #WhatNext @ComSecYouth pic.twitter.com/kf0ju3T61y

This battle will be won when young people realise their potentiality and refuse to be ‘used’ to achieve negativity. #CYF2015#WhatNext

Supporting the youth forum, Marie-Louise Coleiro, the president of host country Malta expressed her trust in the young people:

I believe in the positive and active role and contributions of #youths in promoting #development, #peace, and #democracy #CYF2015