Years ago, Iranian women, especially the younger generation, avidly sought the right “brands” – meaning foreign, most preferably western labels. Foreign brands seemed cooler, more fashionable and were therefore more expensive. There were few domestic brands out there, and the ones that were, weren't regarded as tasteful by the young generation’s standards.

But a few years ago, things began to change. Domestic designers emerged with their own unique ideas. Colourful local designs for women started to appear and catch interest.

Nowadays, there are dozens of local brands, registered and unregistered, in Iran. Like others in the global fashion industry, the new designs hit the market every season. Like other fashion designers, they have their own models, but unlike others in the business, they are not so much into advertising around town. Their professional photos have instead made a home on social media.

Poosh (also known as Pooshema) designs a range of products, from clothes to accessories to handmade purses to shoes. Farnaz Abdoli is the main designer behind the brand who manages a group of clothing designers who make up Poosh.

“As a young girl I wasn’t able to find my desired streetwear. I would always think, why should I be forced to follow a specific format when it comes to street clothing? Why shouldn’t I put on something that is likeable and at the same time doesn’t clash with the Islamic dress code?” Abdoli said.

With this idea in mind, Abdoli, who has a degree in graphic design, decided to create her own style. She participated in several fashion designing workshops in Tehran, Istanbul and Dubai, launched some clothing exhibitions, and three years ago established the Poosh brand.

“Ahead of each season I check out the fashion trends around the world and try to be in line with that… I am in contact with Iranian designers who live abroad, I discuss my ideas with them and sometimes get their advice,” she said.

Poosh is an officially registered brand in Iran, meaning that it has all the necessary permissions from the Union for Clothing, Administration of Public Places and the Ministry of Culture and Islamic Guidance.

Abdoli explained that getting all the permissions was a time-consuming and expensive process, which she said might be the reason why there are not a lot of official women’s brands out there.

“It is a sensitive area,” she said. “You are under a lot of pressure in order not to pass the red lines. Therefore most of the people don’t feel like taking the risk and investing on it. That’s why now we have a lot of designers who work underground and only advertise on social media such as Facebook and Instagram.”

Poosh has taken all the administrative steps. It is an official brand which has its official shop in the west of Tehran, but it still uses social media as one of its advertising tools and has more than 85,000 followers on Facebook.

“Most of our Facebook followers live abroad,” she said. “We take a lot of orders from other countries, especially United States and Canada and a lot of them are not even Iranian. They knew about us through pieces produced and published on English media.”

But sending out the orders is not an easy task. “Due to sanctions, accepting foreign currency through banking is not possible. Therefore those who have an intermediary in Iran have a chance to buy our products,” she said.

Poosh chooses its models from a range of requests that it receives. It has a professional fashion photography team who know how not to cross the line, although Abdoli pointed out that there are no specific guidelines with regards to fashion photography of women in Iran.

“We don’t need to submit each of our photos for a permission, but anyway we are under supervision. We might get a warning sometimes, but until today we didn’t have any problems with regards to our photos.”

Anar Design, a mixture of modern and traditional design

Anousheh Assefi said although she has not registered her brand “Anar” (meaning “pomegranate” in Farsi), she has her own salon and runs a show on shawls and manteaus – a type of long or short overcoat that has become a staple of Iranian women's fashion – on a seasonal basis.

Born in 1983, Assefi has a bachelor’s in textile design and also holds a master’s in illustration. She established Anar Design along with her friend in 2006, and after her friend left Iran she worked alone.

Assefi, who teaches fashion design in several Iranian institutions, believes the shift in some Iranians’ taste from foreign brands to domestic ones in past few years is due to the greater variety of fabrics than before.

“Little by little people got used to colours and started to put on colourful manteaus in order to look different,” she explained.

She added, “Besides, the kind of manteau that we wear in Iran is somehow an Iranian invention and therefore can’t be imported… The imported manteau-like pieces might not have the same delicacy and quality.”

Anar Design advertises on social media. The brand has more than 3,800 followers on Facebook who are informed about new designs and upcoming shows.

Anar Design is a mixture of colour, western and eastern design. “Due to my job I am aware of fashion trends in the world,” she explained. “Besides, I am interested in mixing modern and traditional design into each other, for example creating patchwork by using nowadays silk textiles.”

Assefi’s models are her friends. “They should be well-shaped and attractive. Besides, they should feel comfortable with their photos being taken and distributed online. I usually edit the photos myself, but sometimes my friends come to assist.”

Although in some photos, the models do not wear a headscarf, she says nobody has ever warned them to follow the Islamic dress code.

Maryam Vahidzadeh is 24 and lives in the southern city of Shiraz. Her brand Radaa (meaning “robe”) was established in summer of 2012. She has recently officially registered her brand and the final steps are in process.

“My designs do not have a signature theme. I only believe that one must feel comfortable in her clothes… I pick the fabrics which don’t need regular ironing and my themes are not raw and characterless. I can say they are more modern and comfortable rather than classic and formal, ” Vahidzadeh said.

Vahidzadeh, who has a university degree in architecture, said after seeing that people were showing interest in domestic design, she also thought of building her own brand.

“In recent years a lot of Iranian designers started to work actively and publicly… unlike few years ago, now domestic brands are more favourable than foreign ones,” she said. “I find it great that we are able to design based on our own taste and are not forced to put on foreign designs which are based on different taste and style.”

Being a registered brand, Radaa is allowed to advertise publicly, but it is still very active on Facebook, where it has around 13,500 followers.

Vahidzadeh said she is interested in expanding her work and distribution area. She has received some orders from foreign countries such as UK, but explained that due to high postal expenses and some restrictions, she was not able to send out her products.

She added, “I have also been offered to collaborate with some designers in the Netherlands and Sweden, but back then it was not possible to do so.”

Radaa’s models are among Vahidzadeh’s friends. She said there are not many people in Shiraz who are interested in modeling and she mostly receives modeling requests from Tehran.

Nowadays there are dozens of fashion designers focused on women’s clothing in Iran. Although there might not be established guidelines when it comes to women’s fashion and fashion photography, the new wave of designers are motivated more than ever to satisfy the fashion savvy women of Iran. 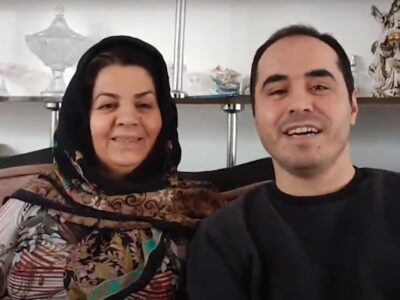 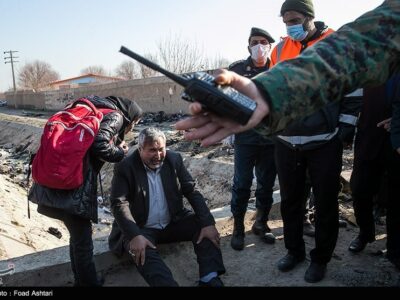