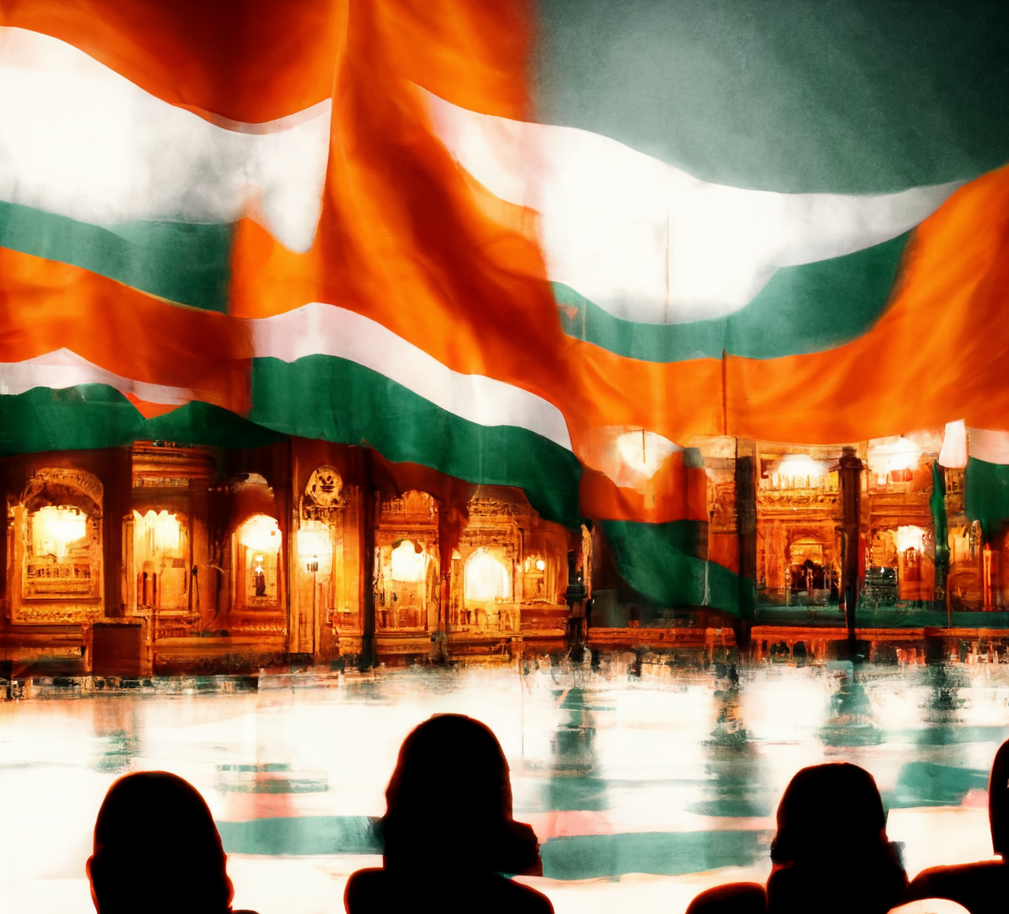 This story is part of a Civic Media Observatory investigation into the Indian media ecosystem. Find out more about our mission [4], methodology [5], and publicly available data [6].

Over the past few years, there has been a rising trend in which the Bollywood [7] film industry is losing its fans while, at the same time, Hindu nationalist leaders are gaining fans. A Civic Media Observatory investigation shows that this has led to unprecedented criticism [8] of Bollywood films and actors over their liberal views and allegedly “anti-Hindu” agenda.

The most recent incident that is part of Bollywood’s broader cancel culture [9] is the targeting of veteran Bollywood actors Aamir Khan [10] and Kareena Kapoor [11]. Their film, Lal Singh Chaddha [12], which was released in theatres worldwide on August 11, 2022, was entangled in controversies before and after its release. The film is the Bollywood remake of the popular American film Forrest Gump [13]. It tells the story of Laal, played by Aamir Khan, and Rupa, played by Kareena Kapoor, and the hardships they face. Before the release of the movie, social media was buzzing with the #boycottlalsinghchaddha [14] hashtag, and both Aamir Khan and Kareena Kapoor were targeted for being “anti-national.” There were posts that appealed to the audience to boycott the movie to teach Khan that he needs to conform to the Hindu-nationalist narrative. Right-wing groups shared clips of Aamir Khan from 2015 [15] when he stated that his Hindu wife feels unsafe in India because of the growing religious intolerance and because of the rising sense [16] of “insecurity, fear and despondency” in the country. Kareena Kapoor Khan, who is married to actor Saif Ali Khan [17], has been targeted [18] time and again for marrying a Muslim actor and giving her children Islamic names. The criticism began not with the content of the movie but with Aamir Khan. At a press event, he even pleaded [19] with the audience to not boycott his film and clarified that he is not “anti-national” by exclaiming [20] that he “loves this country” and audience should not think otherwise.

With the Hindu-nationalist Bhartiya Janta Party (BJP) [21] coming to power in India in 2014, right-wing Hindu ideology has come into the mainstream [22] political and cultural conversation. Research for Global Voice’s Civic Media Observatory shows that Bollywood is blamed [8] for “giving prominence” to Muslim actors, for not making films [23] that have a “nationalist spirit,” and for the “derogatory depiction” of Hindus. Right-wing groups directly relate the religious identity of the actor with the values they present onscreen and use that to amplify their Islamophobic sentiments. This is a departure from the past, when Aamir Khan and fellow Muslim leading man Shah Rukh Khan [24] enjoyed a cult following. Now, Hindu fundamentalism has become the new ground for fandom in India.

Bollywood as a representation of liberal ideology

In India, cricket and Bollywood have been considered religions. Now, Hindutva ideological attacks [26] are casting a shadow [27] on both of these, drawing the fans away from artists and athletes towards provocative nationalist orators, celebrities who come out in support of the Hindu nationalist ideology, and BJP leaders like Prime Minister Narendra Modi [28] and chief minister of the state Uttar Pradesh, Ajay Singh Bisht, who goes by Yogi Adityanath [29].

Our research shows that right-wing groups have identified [8] Bollywood families [30] and the entire industry as their target, claiming that they are liberal elites [31] trying to brainwash the country by bombarding Indian people with anti-national, pro-English speaking, Western and anti-Hindu cultural symbols in their movies. This narrative reached a new height when a Bollywood actor, Sushant Singh Rajput [32], died by suicide [33] in 2021. Right-wing groups called the death a murder that was orchestrated by nepotistic Bollywood families against an outsider.

A recent example of this culture of suspicion and outrage is the uproar against [34] a nude photoshoot done by actor Ranveer Singh [35]. CMO analysis shows [36] that it was perceived as anti-Hindu because it challenged the typical notions of patriarchy and was considered to violate [37] Indian cultural values.

The combined hatred towards Muslim stars of Bollywood and their allies from Hindu Bollywood families has resulted in a dynamic shift that affects not only how mainstream consumption of entertainment is shifting, but also how fandom is changing allegiances. 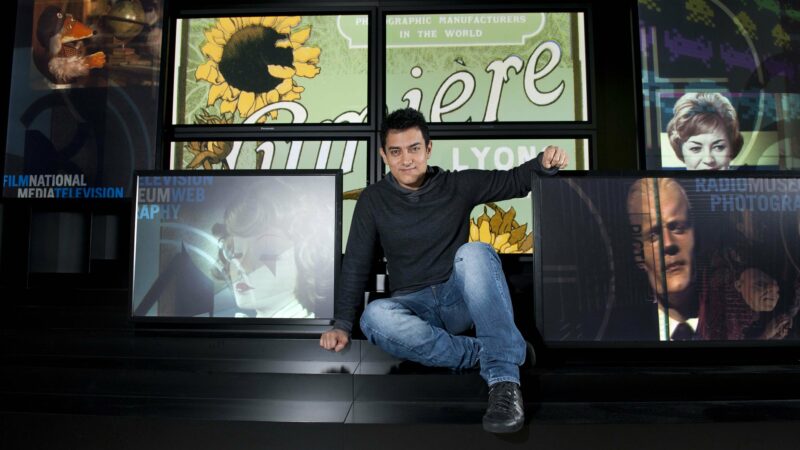 Aamir Khan [10] is one of the most prominent actors in Bollywood. He has acted in some of the highest-grossing Bollywood films such as “Lagaan,” “3 Idiots,” and Dangal. All of these films raised some important societal concerns. He also hosted a talk show Satyamev Jayate [40] that focused on raising awareness around social issues. In a 2020 academic paper on fandom in India called “Hero and Hero-Worship: Fandom in Modern India [41],” Aamir Khan’s popularity is attributed to him being grounded in reality which makes the audience feel more connected to his work. In Satyamev Jayate, he depicted the responsibility that celebrities have toward Indian culture. The same goes for Shah Rukh Khan [24] who has, for a long time, been an icon for women in India [42]. However, our research shows that this perception seems to be changing [43] with the rise of Hindu fanaticism. With Narendra Modi at the helm of the political leadership, the Hindu-nationalist agenda has been bolstered, with fringe Hindutva groups now taking centre stage [44] in political conversations. Narratives flowing from these groups have become normalised in everyday conversation, leading to rise in discrimination against Muslims [45].

Targeting Aamir Khan shows the way Hindu fundamentalism is occupying the cultural space that is going against certain kinds of expression and artists. CMO research of the media ecosystem reveals messages and posts [46] calling Aamir Khan a jihadist [47] and terrorist [48]. He was also blamed for participating in “love jihad [49]” — a conspiracy theory whereby Muslim men are accused of converting Hindu women to their faith by marriage as part of a demographic war  — because he is married to a Hindu woman. This kind of messaging is directly associated with him being a Muslim actor. The growing narrative that Muslims are not real Indians [50] is used by Hindu nationalist groups to justify the scrutiny of Bollywood actors.

Read More: Decoding the role of mainstream and social media in the recent anti-Muslim violence in India [51]

A few months ago, Shah Rukh Khan was also blamed [52] for “thook (spit) Jihad” [53] when false claims were made that he spat during the condolence ceremony of famous singer Lata Mangeshkar [54]. The alleged act was termed “jihad” because he polluted the Hindu last rites with his spit. Farhan Akhtar [55] was also blamed for “love jihad [49]” for marrying a Hindu. CMO analysis of such narratives reveals the growing prominence of cancel culture where Hindu nationalist and fundamentalist values are put on a pedestal and celebrities who were once famous for transporting the audience to a different world through their performances are put to test against those values.