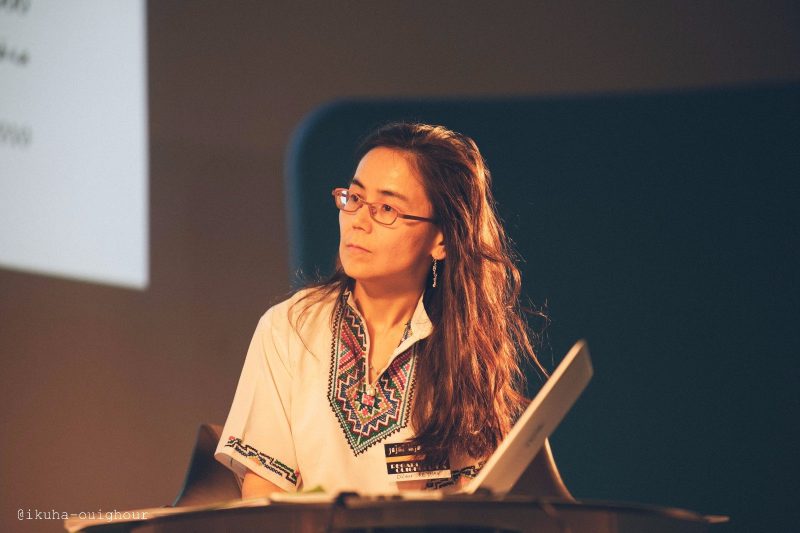 The 11 million Uyghurs [1] living in the western province of Xinjiang [2] in China are a Muslim Turkic nation that has been targeted by Beijing and deprived of their most basic human rights [3], including freedom of religion, of movement [4], and also of transmitting their native language since Xi Jinping took power in China in 2012.

While extensively documented [5], the situation of the Uyghurs has gained very limited support, including in predominantly Muslim countries. To understand why, I talked to Dilnur Reyhan, an Uyghur scholar who lives in France and teaches at Paris National Institute of Oriental Languages and Civilizations (INALCO [6]). She is also the founder and president of the European Uyghur Institute,  [7]an NGO promoting Uyghur issues and culture. Reyhan is an outspoken community leader who advocates the defense of human rights and women's rights.

Filip Noubel: Despite the massive human rights abuses taking places in Xinjiang, there is little, or no show of solidarity from governments in Muslim countries. You first raised that issue in 2019 during the Ramadan by challenging Muslims to react. Have things changed since?

Dilnur Reyhan I published this column in a French newspaper [8] during last Ramadan with a feeling of desperation and disappointment, because until the end of 2019, almost no government of Muslim countries had shown the slightest sign of solidarity with the Uyghurs. What was all the more disappointing was the total indifference of the population of Muslim countries, except in Turkey. Hatred against the West among Muslim populations has blinded ordinary Muslim citizens of different countries to the point of refusing to believe any news brought by the Western media, even when it covers concentration camps for Muslims. On the one hand, China takes advantage of our Muslim identity to justify its camps, on the other hand, the majority of Muslims refuse to believe in it and thus support Chinese policy.

Not much has changed, except in the case of Qatar [9], because most Muslim countries rely on China economically speaking, and to benefit from transfers of Chinese technology. Besides most of those countries do not have great human rights records, and rarely protect the rights of their own minorities. Finally, China is often seen as a positive counterweight to the West.

But we have seen the case of individuals, such as the Turkish-German football player Mesut Özil [10] raising the issue publicly. This could mean that opinion leaders could make public opinion be more aware.

FN: What about the attitude of the governments of Western countries? Do you see them evolving on the issue of human rights violations in Xinjiang?

DR The attitude of Western countries is a little better than that of Muslim countries. At least 22 Western countries [11] have asked China to close its concentration camps, while 50 countries, half of which are Muslim, have expressed collective support to China. Due to the current Sino-US trade war, Washington is showing a fairly firm attitude against Chinese policies targeting Uyghurs, in particular through sanctions against Chinese companies and officials responsible for these camps, but also through the bill [12] for the protection of the human rights of Uyghurs. In Australia, we see similar signs of policy change emerging. 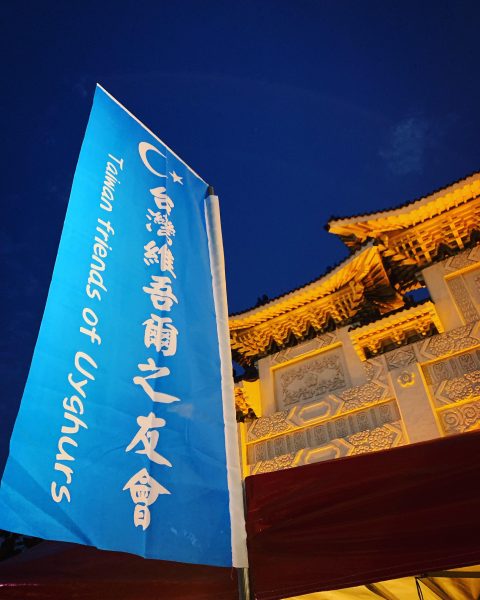 Sign of Taiwanese solidarity with the Uyghurs during a JUne 4th (Tiananmen massacre commemoration) in Taipei. Photo by Filip Noubel, used with permission.

FN: Are you able to establish alliances with members and activists in China, Hong Kong and Taiwan?

DR The Uyghurs of the diaspora stand in solidarity with the democracy movements of Hong Kong and Taiwan. The Hong Kong people did not forget to connect their movement to the issue of the Uyghurs during their demonstrations in 2019 .last year. One of the representatives of the Hong Kong democracy movement, Denise Ho, who is also a pop star in Asia, even supported the European Uyghur Institute by making a video [13] to call the public to support our organization. In Taiwan, Tiananmen student movement leader and exile Uyghur Örkesh [14] [known as Wuerkaixi in Chinese], links the Uyghur diaspora with the democratic movements in Taiwan.

FN: Uyghur culture and identity have come under serious threat in Xinjiang. What are the tools of resistance Uyghur people can still use in this situation?

DR  Since the establishment of this extended network of concentration camps by China in the Uyghur Region [Xinjiang] , the tasks of the Uyghur diaspora has increased significantly increased. On the one hand, political organizations are working to pressure Western countries to adopt measures  that would force China to close the camps. On the other hand, the protection and safeguarding of the Uyghur language and culture in the diaspora has become vital. Thus, almost everywhere in the diaspora, mother tongue schools have been created for the past three years.

Our organization is a good example: we started our activities as a student association to promote the Uyghur language and culture in France in 2009. Ten years later, the context in the Uighur region but also in the diaspora has changed to the point that we now broaden our activities for the safeguard of the Uyghur identity in the Europe, where about 10,000 Uyghurs are believed to live.

For more stories on the persecution of minorities in China’s Xinjiang region, go here.   [15]