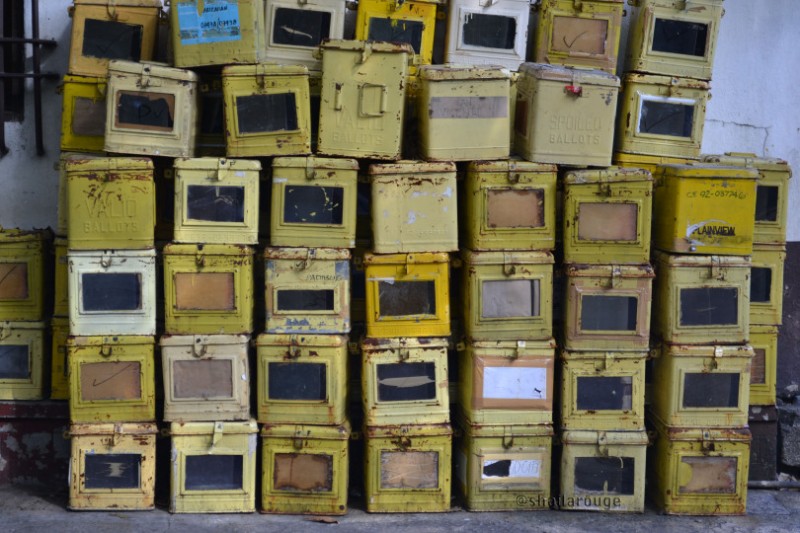 The night before Mali’s sitting president, Ibrahim Boubacar Keita, was re-elected in a runoff vote, internet access [1] was hard to come by. Some internet users in the major cities of Bamako and Gao reported that they could not access the internet at all, while technical testing indicated that major social networks were blocked.

Later in the week, journalists for Agence-France Presse reported that mobile internet networks became inaccessible [2], just prior to the official announcement of Keita’s victory.

Internet outages like these put a strain on citizens’ abilities to communicate and access public information — activities that are especially important during an election. On top of this, an estimated 500 polling stations were closed for the August 12 runoff vote, due to militant violence and threats [3] against voters and poll workers in the northern region of the West African country. In turn, only 34% of Mali’s eligible voters cast ballots.

While international election observers reported no evidence of election fraud, the effects of violence in the north undoubtedly contributed to the low turnout. It is also worth noting that internet access (especially via mobile networks) is not only important during elections, but also in conflict situations [4] where safety is of the utmost concern. Network shutdowns can hinder users’ access [5] to communication services at a time when they are most in need of information that can help ensure their safety.

It has been one year since the Egyptian government ordered internet service providers to begin blocking a spate of foreign and local independent news sites [6], including Al Jazeera, Huffington Post Arabic, Medium and Mada Masr, alongside various media and human rights NGOs, among them, Reporters Without Borders (RSF). On August 10, 2018, RSF announced the creation and launch of a “mirror” site [7] that will allow users in Egypt to access the site once more, without needing to use censorship circumvention tools.

In the fallout from a rapidly organized student protest movement in Bangladesh demanding stronger enforcement of traffic laws, Dhaka’s Metropolitan Police are scouring social media networks [8] to identify accounts who a police official said were “provoking the students by spreading propaganda” on social media.

Thus far, they say they have arrested 12 people and analyzed more than 1500 accounts. Local experts say that some of those arrested appear to have spread rumors about police abuse, while others were simply promoting and helping to organize demonstrations. Many students involved in the protests meanwhile have been deleting their posts [9] related to protests, fearing punishment by police.

Brazil has a new data protection law, with some caveats

After dragging through legislative procedures for more than six years, Brazil finally approved a data protection [10] law, following in the footsteps of the European Union's GDPR and similar laws in neighboring Argentina and Uruguay. The new regulations, which will take effect in 18 months, require companies to inform users when and how their information is collected, to delete it upon the user's request or after the relationship between the parties has ended, and to pay fines if they fail to comply. However, a number of items from the original text were vetoed by president Michel Temer, among them the creation of a government regulator and the obligation of public bodies to disclose whenever they share user information among themselves.

Messages of hate and threats of violence on Facebook were a focal point in CEO Mark Zuckerberg’s testimony before the US Ccongress last April, where members of Congresscongress pointed to examples from Myanmar [11], where hate speech and threats of violence against Rohingya Muslims reached a boiling point in autumn of 2017. The company soon thereafter pledged to hire [12] more Burmese language speakers to review abusive content on the site.

A recent investigation by Reuters [13] showed that Facebook recently outsourced some of this work to the US-based strategy and consulting firm Accenture [14], which has hired a team of Burmese-speaking moderators (in a project team dubbed “Honey Badger”) who work out of Kuala Lumpur, Malaysia. “Honey Badger employees typically sign one-year renewable contracts and agree not to divulge that the client is Facebook,” Reuters’ Steve Stecklow writes.

Meanwhile, VICE News reported [15] that Facebook has hired Business for Social Responsibility [16], a US-based NGO, to conduct an assessment of whether and/or how Facebook’s platform enabled ethnic violence and hate speech against Rohingya Muslims in Myanmar. Time will tell if the company does the same in other countries (such as India [17] and Bangladesh) where its tools are used to plan and propagate violence.