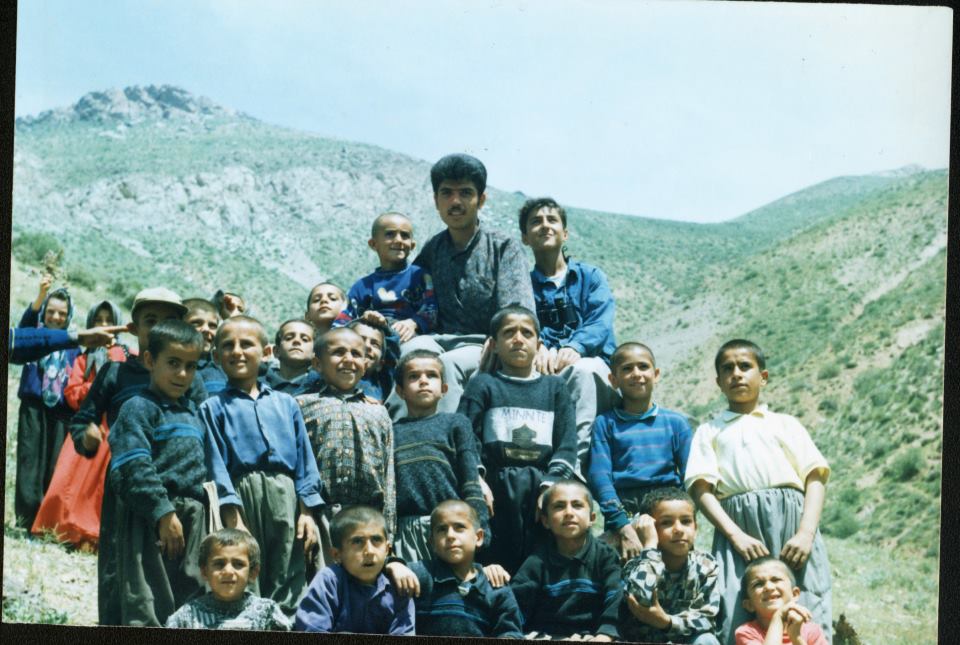 May 9 marks the seventh anniversary of the execution of Kurdish activist and teacher Farzad Kamangar inside Iran’s notorious Evin Prison. Kamangar was accused of being a member of the Kurdish opposition group PJAK [1] and was sentenced to death following a brief trial which lacked due process.

Ethnic Kurds face systematic discrimination and repression in Iran, and continue to struggle for their own rights and autonomy. Kamangar’s activism centered not only on his identity as a Kurd but as an Iranian who resisted the theocratic regime and fought for the rights of his people and community.

Kamangar was an activist and elementary school teacher in the northwestern Iranian city of Kamyaran, where he was also a member of the Kurdistan Teachers Union and wrote for various underground human rights publications. After his arrest, Kamangar’s letters and articles about the inhumane conditions inside the prison brought international condemnations by many organizations including UNICEF and Education International [2], an organization which represents teachers across the globe. He was executed on 9 May 2010, along with three other Kurdish prisoners: Ali Heydarian, Farhad Vakili, and Shirin Alam-Holi.

Kamangar continued a long-standing tradition of sacrifice by young political activists in Iran dating back to the 1979 revolution, and beyond to the popular democratic Prime Minister Mossadegh [3] who was deposed in the 1953 CIA led coup d'état, and the 1906 constitutional revolution [4]. His life and teachings most closely resembled that of Iranian writer and teacher Samad Behrangi [5]. Both were Marxist teachers who were moved by witnessing rural poverty in Iran, and ultimately became a target of state violence.

It is difficult to capture the essence of an activist like Kamangar in a brief eulogy. Nor is it proper to attempt to encapsulate his life and struggle in a few brief sentences. However his death, and even more so his life and the way he lived it, had a profound impact on a generation of Iranians who became politicized shortly after the protests of 2009, which saw thousands of people gather in Iran's streets to protest electoral fraud.

Kamagar reminds us that history often repeats, and that there is power in defiance and dignity. Like Samad Behrangi, Farzad’s death has now elevated his words and deeds into the long tradition of resistance to tyranny in Iran.

Instead of summarizing his life, I leave you with an excerpt from one of his final letters [6] before his execution. The letter, addressed to his cellmates and family recounts how his own journey mirrored that of the Little Black Fish from one of Behrangi’s most famous novels. The translation is courtesy of Translation the Amnesty International UK Blog:

Is it possible to carry the heavy burden of being a teacher and be responsible for spreading the seeds of knowledge and still be silent? Is it possible to see the lumps in the throats of the students and witness their thin and malnourished faces and keep quiet?

Is it possible to be in the year of no justice and fairness and fail to teach the H for Hope and E for Equality, even if such teachings land you in Evin prison or result in your death?

I cannot imagine being a teacher in the land of Samad, Khan Ali, and Ezzati and not join the eternity of Aras. I cannot imagine witnessing the pain and poverty of the people of this land and fail to give our hearts to the river and the sea, to roar and to inundate.

I know that one day, this harsh and uneven road will be paved for teachers and the suffering you endured will be a badge of honour so everyone can see that a teacher is a teacher, even if his or her path is blocked by the selection process, prison, and execution. The little black fish and not the heron bestows honour on the teacher.

*Translator note: Aras is a river in northwest Iran, bordering Iran and Azerbaijan. Samad Behrangi drowned in the river in the summer of 1968. Some have considered the circumstance of his death suspicious and blamed agents of the Shah’s regime for his death.