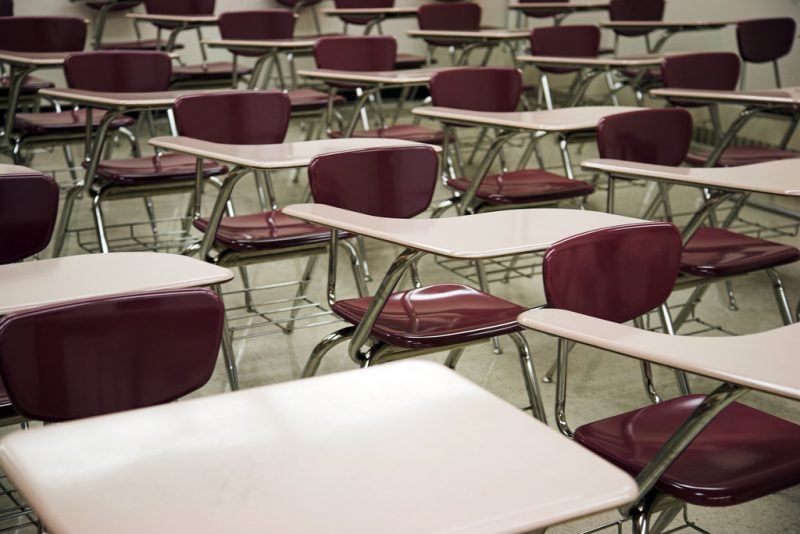 Trinidad and Tobago boasts of having free universal education for its citizens, despite the stopgap measure of an entrance examination to secondary school that results in children as young as 11 competing for limited places in the better-equipped public schools, known as “prestige” schools.

The reality is that education in Trinidad and Tobago is neither free (while subsidised, there are still costs attached [2]) nor universal (many of the government schools are poorly equipped and inadequately staffed). Now, one educator, Professor Rose-Marie Belle Antoine, the dean at The University of the West Indies’ Faculty of Law, is calling on the state to live up to its responsibilities.

In a guest post at the hard-sitting news site Wired868, Belle Antoine argued [3] that things like education and healthcare are human rights; “rights, not privileges, or handouts”.

Antoine was also careful to make a distinction between the government and the state, which she called “a neutralised concept that goes beyond particular administrations and political timeframes”:

Human Rights have long gone past the limitation that the subject of rights only involves what we call civil and political rights—that is, the right to life, to expression, movement, etc. Rather, the more recent understanding of rights is that they also involve what we call economic, social and cultural rights; namely, the rights to education, to health, to work, the environment and to culture.

Significantly, we have moved away from the self-imposed limitation that economic, social and cultural rights are merely unenforceable ideals. Rather, the international community now accepts that these kinds of bread and butter rights are just as vital, and in some ways more directly important, to the central dignity and equality of mankind.

Accordingly, international conventions and protocols have been signed and developed to ensure that they have tangible and concrete meaning. Ultimately, what this means, is that States now have direct legal obligations to promote and protect such rights.

Referring to the 1999 San Salvador Protocol [4], which raised the bar for human rights by protecting economic, social, and cultural freedoms, Antoine noted, “The bottom line is that we can no longer turn a blind eye to the State’s duties to promote, provide and protect rights to education, to health, to work, to culture and to the environment. Notably, this jurisprudence calls on States to ‘progressively realise’ these rights. What this also means is that a State cannot regress or go backward in their provision”.

Her point — supported by examples of inadequate pay and lousy working conditions, as well as the recent denial of access [5] to government-subsidised tertiary education for people over the age of 50 — is that Trinidad and Tobago has slipped backwards.

Referring to a news story [6] in which parents were seen petitioning for government intervention to upgrade one particular primary school, Belle Antoine concluded:

We have become so [de]sensitised to suffering, so unaware of and cynical about our place in the world that, on the night that the story of the kneeling parents was aired, the people-meter question was whether it was ‘politically motivated’.

Wondering if the race of the protesters might have had anything to do with the way in which the media house framed the question, she added:

Race and ethnicity should not make any difference to our entitlements and rights as citizens of this nation that we say that we want to build.

Race does not typically factor in to students’ admission to desirable secondary schools in Trinidad and Tobago, where — regardless of economic reach — citizens are intended to have access to an education. In fact, says Patrice Cox-Neaves, a lecturer at the University of the West Indies, the original concept of universal education was one in which the child was at the centre, supported by the ministry of education, school administration and teachers on one hand, and parents on the other. Just as importantly, because schools across the country were supposed to be of the same high standard, children would attend schools in their catchment area. “The idea was to be able to deal with everybody,” she explains. “It was about equity.”