Pride Month 2020: Honoring the resilience of the global LGBTQ+ community 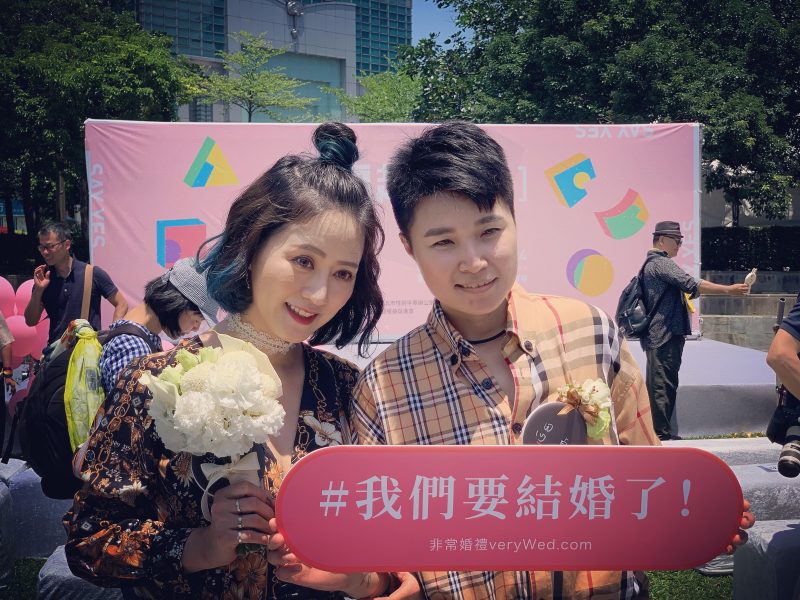 One of the first LGBTQ+ couples to get officially married in Taiwan on May 24, 2019. The sign in Chinese says “We are getting married!” Photo by Filip Noubel, used with permission.

For many countries around the world, Pride Month is celebrated in June as a time to honour the rights and memories of the LGBTQ+ community. The month has special significance because of the June 1969 Stonewall riots in New York which launched the LGBTQ+ liberation movement in the US. The month of June was declared Gay and Lesbian Pride Month by US president Bill Clinton in 1999, and expanded to the entire LGBTQ+ community by US president Barack Obama in 2009.

But beyond the specific US context, June is a time for many members of the community, and LGBTQ+ rights activists in particular, to speak publicly about their lives, to organize events, and to advocate for equality globally. The situation varies considerably around the world: while 2019 brought quasi-marriage equality in Taiwan, many LGBTQ+ people suffer from discrimination, hate speech and attacks, and in some countries, they can face the death penalty.

This year, COVID-19 is affecting Pride Month as many public events, including festivals and Pride Parades, have to be cancelled or significantly reduced because of health risks. Global Voices continues to highlight the challenges and victories for the LGBTQI+ community across the world on this Special Coverage page.

The state of LGBTQ+ rights in India: An interview with India Supreme Court advocate Saurabh Kirpal