Moldova: Waiting for another kingmaker? 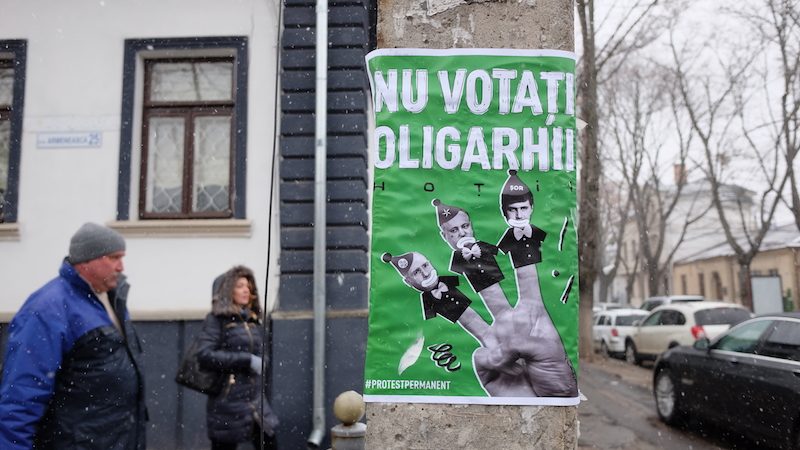 Turbulent politics is no novelty for Moldova. It is, by conventional cliche, a country trapped: sandwiched between Ukraine and Romania, caught between Russia and the West, and ensnared by poverty and corruption. By the winter of 2018, the European Union (EU) had become so concerned about the rule of law that it declared Moldova a “state captured by oligarchic interests.”

In 2019, the unthinkable happened. That June, pro-European and pro-Russian opposition parties put aside their differences and voted out the deeply unpopular Democratic Party of Moldova (DPM). An uneasy coalition came to power under Maia Sandu, leader of the ACUM bloc. She and her allies in the Party of Socialists (PSRM) talked of cleaning up the country, regaining the trust of international institutions, and “deoligarchisation.” DPM chairman Vladimir Plahotniuc, widely regarded as the country’s shadow ruler, fled the country soon after.

The experiment didn’t last long. Last November, a dispute between ACUM and their Socialist allies over judicial reform devolved into a deadlock. With a little help from the DPM, the PSRM voted Sandu’s government out of office. Today, the socialists call the shots in Moldovan politics. Igor Dodon, the party’s unofficial leader, seeks reelection as president this autumn.

In the wake of the coalition’s brief experiment, Moldovans are wondering what the future holds. Was “deoligarchisation” always destined to be just a brief buzzword? Will the socialists match their pro-Russian rhetoric with deeds? Most importantly of all, they wonder whether Moldovan politics can ever break its vicious cycle of winners taking all and a little more — whoever the winner may be. When big promises ring hollow time and time again, so will hope in a better future — a future which thousands of young Moldovans now seek abroad instead.

Several articles of our Special Coverage were made possible through a partnership with Transitions, a Prague-based publishing and media training organisation

Can Moldova ever win its gruelling fight against corruption?

What is the future of Moldova’s ‘law against propaganda’?