How is COVID-19 reshaping the political and global future of China? 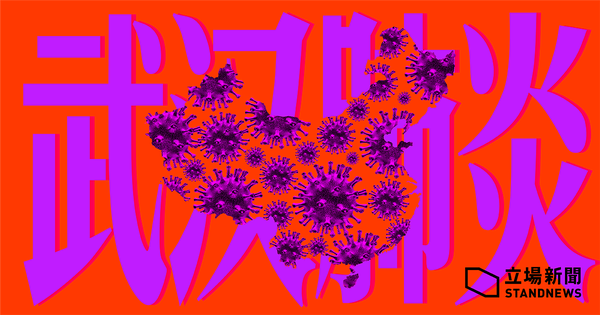 Poster displaying a map of China on the four characters reading 武汉肺炎 meaning “Wuhan pneumonia” (which is still used in Chinese), as the epidemic was initially known, before it was given the name of COVID-19. Image used with permission.

What started at a seafood market as a local health issue has grown into a national health crisis in China. After the Wuhan coronavirus was identified in December 2019, a chain reaction was set in motion that has profoundly shaken Chinese society and challenged Beijing’s political stability.

Gripped by its obsession with information control, the Chinese government, both local and central, delayed the release of life-saving information for weeks. When they suddenly announced drastic measures to prevent the spread of the epidemic in late January, for many it was much too late as the Chinese New Year kick-off celebrations had already begun.

Doctors and scientists are still researching and debating the possible origin of the previously unknown Wuhan coronavirus, which causes COVID-2019, a respiratory virus that infects the lungs and can lead to pneumonia. One possible theory is that it comes from snakes or bats that are consumed as a delicacy in China and were sold at the Huanan wet market in Wuhan where the virus is believed to originate.

One of the key questions determining the spread of the virus is its transmissibility: whether it can jump from human to human, and how many people can be infected on average by the same virus carrier. The latest medical evidence indicates there is human-to-human transmission, and what is concerning is that it seems to happen before the virus carrier develops symptoms, thus making detection incredibly challenging.

As for the rate of transmission, called “basic reproduction number” by epidemiologists, it is believed to be between 2 to 3 in late January, meaning one person infects two to three persons, but the numbers are still being discussed and require further research should proper data be made available.

As the figure of infected people rises daily, a major health crisis has developed in China’s central province of Hubei and its capital Wuhan that have a combined population of nearly 60 million people. As cases have been confirmed all over China, all medical staff are on alert, adding pressure on a medical system that is often insufficient for such a large and aging population.

But the Wuhan coronavirus is not just a health crisis, it is also a major political moment of truth. Trust in the government that claimed there was nothing to worry about until very late in the game has eroded public confidence significantly, and not just in Hubei province. Beijing was criticized for the way it mishandled the SARS crisis in 2002-2003 as it concealed information from the World Health Organization (WHO). China’s top leader Xi Jinping kept silent on the recent outbreak until January 20 when he recognized the severity of the situation in a public statement – over one month after the first cases had been identified. Control of information remains tight, and as China is experiencing a trade war with the US and an economic slowdown, the handling of the Wuhan coronavirus crisis will determine the course of Chinese society and politics in 2020.

The battle of numbers in the Wuhan coronavirus outbreak