How do women fight gender violence in Latin America? 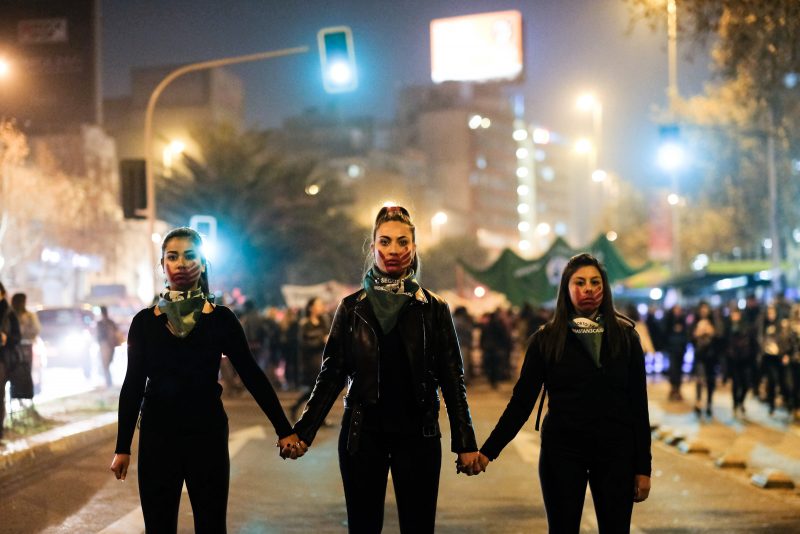 This is just a fraction of the total number of women who were victims of femicide in 2018 in Latin America⁠—women who were murdered because of their gender. They were at least 3,529.

Among the 25 countries with the highest rates of femicide in the world, fourteen are in Latin America and the Caribbean.

Gender violence morphs into other forms of mistreatment as well. In some regions, environmental pollution disproportionately impacts women, while in others, strict abortion laws make for dangerous miscarriages and abortions. Local media sometimes sensationalizes domestic abuse and femicides.

Young girls, indigenous women, transgender women, and black women are the most vulnerable to this violence, yet their stories are often minimized in the mainstream press.

But in the midst of tragedy, reaction emerges as well — Latin America and the Caribbean have also become known for its women and men who fight back.

They march. They legislate. They counsel. They tweet. They make art. They dance and sing performances that go viral.

We launched this special coverage on gender violence and how people have responded to it on March 8. Have a look at our continuous stream of stories in Spanish, English, and Portuguese, and other languages.

Even with renewed laws, Brazil struggles to protect women amid rising femicide

#NiñasNoMadres: Argentines protest against the forced pregnancy of young girls

Chilean women proclaim: ‘We are no longer afraid’

‘For this new generation of women, the public body is political,’ says founder of Chilean feminist political party

In Argentina, women resumed the fight for #LegalAbortion2020

In photos: #8M throughout Latin America

Why did it take Peruvian authorities 3 years to investigate this woman's murder?

If you'd like to contribute to this special coverage, please pitch here.