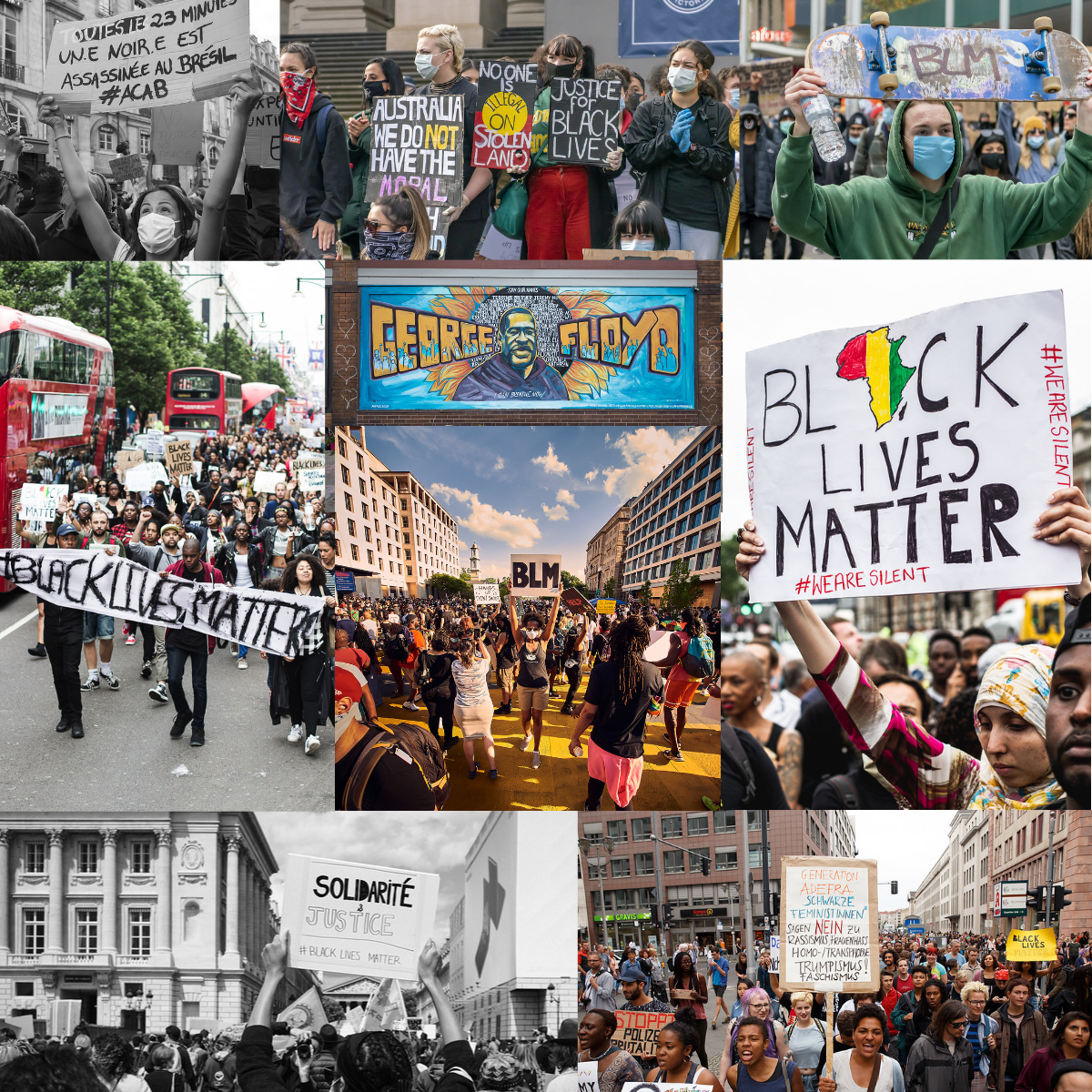 The killing of 46-year-old black American George Floyd by a white police officer in Minneapolis on May 25, 2020, was met with an outpouring of anger and grief, as Americans took to the streets to protest the police brutality endemic in black communities and the violence to which black people in the United States are routinely subjected. Taking place against the backdrop of the COVID-19 pandemic, the wave of protests that rippled throughout the country kicked off a reckoning by the United States of its long history of violence and injustice against its black citizens.

The demonstrations quickly spread to other countries, with protesters in nations throughout the world marching in solidarity with black Americans and demanding that their own leaders confront the past and present treatment of populations of color. As the slogan “Black Lives Matter” morphs from a controversial rallying cry of an often misunderstood grassroots movement into a sentiment embraced by the mainstream, the weeks following the death of George Floyd have felt for many like a watershed moment.

In this special section, we share stories by members of the Global Voices community, reporting and reflecting on how this moment is playing out in their own countries and communities.

Taking down statues: France confronts its colonial and slave trade past (June 27)

Afro-Czechs on visibility, racism and life in the Czech Republic (Part II) (June 25)

Afro-Czechs on visibility, racism and life in the Czech Republic (Part I) (June 24)

In the wake of Black Lives Matter's protests, death of black 5-year-old becomes symbol of Brazil's racism and inequality (June 22)

Remembering Amadou Diallo, a Guinean victim of police brutality in the USA (June 22)

Actually, anti-blackness has everything to do with Sri Lanka (June 9)

The future of protest in Uganda (June 6)

‘Born fi dead': the Caribbean looks at the George Floyd protests and sees itself (June 3)

To speak of George Floyd, it is necessary to speak of my own failures (June 3)