#NigeriaDecides2019: Everything you need to know for this year's general elections 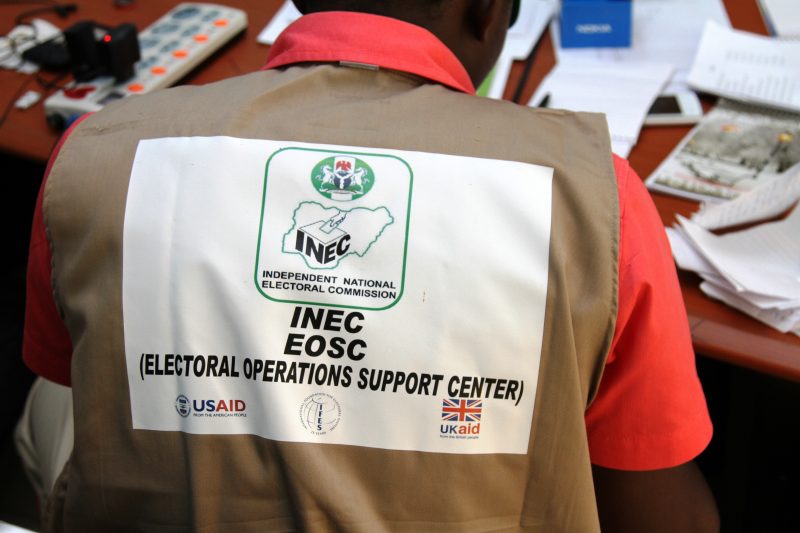 The Global Voices sub-Saharan Africa team is proud to present a full range of articles on one of the most important elections on the African continent in 2019 — the Nigerian general elections.

If the upcoming presidential election in Africa’s most populous country are free, fair and credible, it sets a strong example for the continent’s other democracies.

Nigerians woke up on election day, Saturday, February 16, to the news that presidential elections would no longer be held on that day as scheduled. The Independent National Electoral Commission (INEC) announced that presidential and national assembly elections will now be held on February 23, one week later, while the governorship and state house of assembly will be held on March 9. The electoral commission halted the elections due to its inability to implement “logistics and operational plans”.

Nigeria's presidential elections — a test for democracy in Africa

In Nigeria, elections left behind a trail of blood and anguish and debilitated the possibility of building a genuinely democratic culture. The fear of violence in Nigeria should not be taken lightly, nor should the impact of this type of conflict on the sub-region and continent. If the upcoming presidential election in Africa’s most populous country is free, fair and credible, it sets a strong example for the continent’s other democracies. If, however, the electoral commission slips in its duty, or the judiciary is muzzled judiciary and unable to adjudicate fairly in election disputes, then violence will be the likely outcome.

Will every vote count in Nigeria's 2019 national elections? Voters are the missing link to a strong democracy. Understanding voter apathy is key to successful elections. Voter apathy and low turnout (absentee rejections) is a form of void votes. Unraveling the reasons behind voter apathy is essential for minimizing void vote.

All eyes are on Nigeria as presidential elections near on February 16, 2019. Who are this year's presidential hopefuls and what's at stake for the people of Nigeria?

Is the Nigerian government gagging the judiciary ahead of presidential elections in February?

This is dangerously political and tendentious because the executive has a sordid history of intimidating other arms of government. The charges against the Chief Justice of Nigeria is a deliberate attempt to gag the judiciary. Period!

The presidential elections in Nigeria in 2019 is a test to prove the strength of Nigeria's democratic norms, values, and unity. Nigeria’s problems are as complex as her population. These issues may define who becomes the president of Nigeria after the February 2019 elections.

Propaganda tactics have often played a major role in Nigeria’s political landscape. How will propaganda shape the presidential elections as candidates wage character battles in their campaigns? Manipulation of facts, lies, half-truths, rumors, anything to persuade voters and mud-sling opponents. Candidates used propaganda in 2015 and it’s already started on the 2019 campaign trail.

Nigeria’s retired military generals often influence political opinion and jockey for authority between members of their ‘club.’ What do the generals have to say about the 2019 Nigerian presidential elections? Find out how this elite ‘club’ of military men jostle to be the power behind the presidential ‘throne’ in Africa’s most populous nation.

Fears of an internet shutdown in Nigeria looms as tensions continue to rise ahead of 2019 presidential elections. Recent events related to social media, hate speech, an unjust judiciary firing and replacement, have contributed to the growing concern. Another sign of a possible internet shutdown is the government’s tendency to control free speech online on the basis of concerns for national security.

A poll yielded a 12 percent positive vote differential for opposition candidate Atiku Abubakar over the incumbent Muhammadu Buhari in the February 16 Nigerian presidential elections. The survey findings showed 64 percent of respondents asserting that President Buhari does not deserve to be re-elected because of poor job performance.

Nigerian governor warns foreign governments: Interfere in our elections and ‘go back in body bags’

El-Rufai, a close ally of the incumbent President Buhari, made the “body bag” threats in defense of Nigerian government's warning to U.S., U.K. and the E.U. who were displeased with the unconstitutional suspension of the Chief Justice of Nigeria by Buhari. Observations by the U.S., U.K. and E.U. before #NigeriaDecides2019 is now labeled “foreign interference” because it indicts the Nigerian government. But in 2015, President Buhari acknowledged that the US and EU “made the general elections in Nigeria to be free and fair.”