How globalization, identity and culture intersect in art

Maryam Palizgam is a visual artist. Photo by Mohammad Jahangir and used with permission.

How does an artist tackle the questions of identity and home when they're based outside of their place of origin? In what ways can art bring together multiple cultures and perspectives at a time when the world is becoming increasingly polarized?

These are questions that Omid Memarian, a journalist with a passion for art, is pondering as he sits down with renowned international artists who trace their roots to Iran, China, and beyond.

What he's discovered is that art can be a powerful bridge-building medium. Check out the series below.

From Tehran to Manhattan, one fashion shoot at a time

Omid started this exploration in November 2016, when he sat down with US-based Iranian fashion photographer Kourosh Sotoudeh in New York to discuss his forays into the fashion world since leaving Iran in 2009. 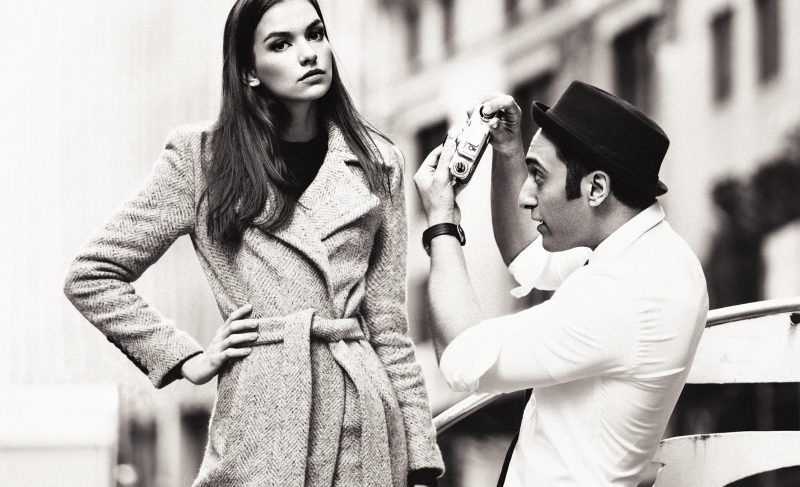 “The subjects in my photography are people, therefore it is natural for me to want to go somewhere where people have more freedom with their clothes, conduct, and social acts,” Kourosh told Omid in this interview during a shoot at a Manhattan-based studio.

Kourosh left Iran to pursue his career. If he had stayed he would have risked imprisonment or worse if he had ever published photos like the ones he took—of a partially-clothed female models—on the day that Omid interviewed him.

Azin Valy. Photo shared by Azin and used with permission.

Iranian-American architect-turned-designer Azin Valy launched Cityzen by Azin, a luxury fashion and accessories brand, in 2012. She sat down to discuss her philosophy and aims with her project in December 2016.

Her brand is inspired by cities that seeks to bring commonality into focus while respecting differences and creating “an awareness of place and leveraging fashion as a messaging tool to create social impact”:

The superimposition of the cities onto the shape of the body and playing around with the scale of each allowed numerous interpretations of each design which literally opened up a whole world to me.

Iranian photographer Mehrdad Naraghi: “No medium can ever be ‘finished'” 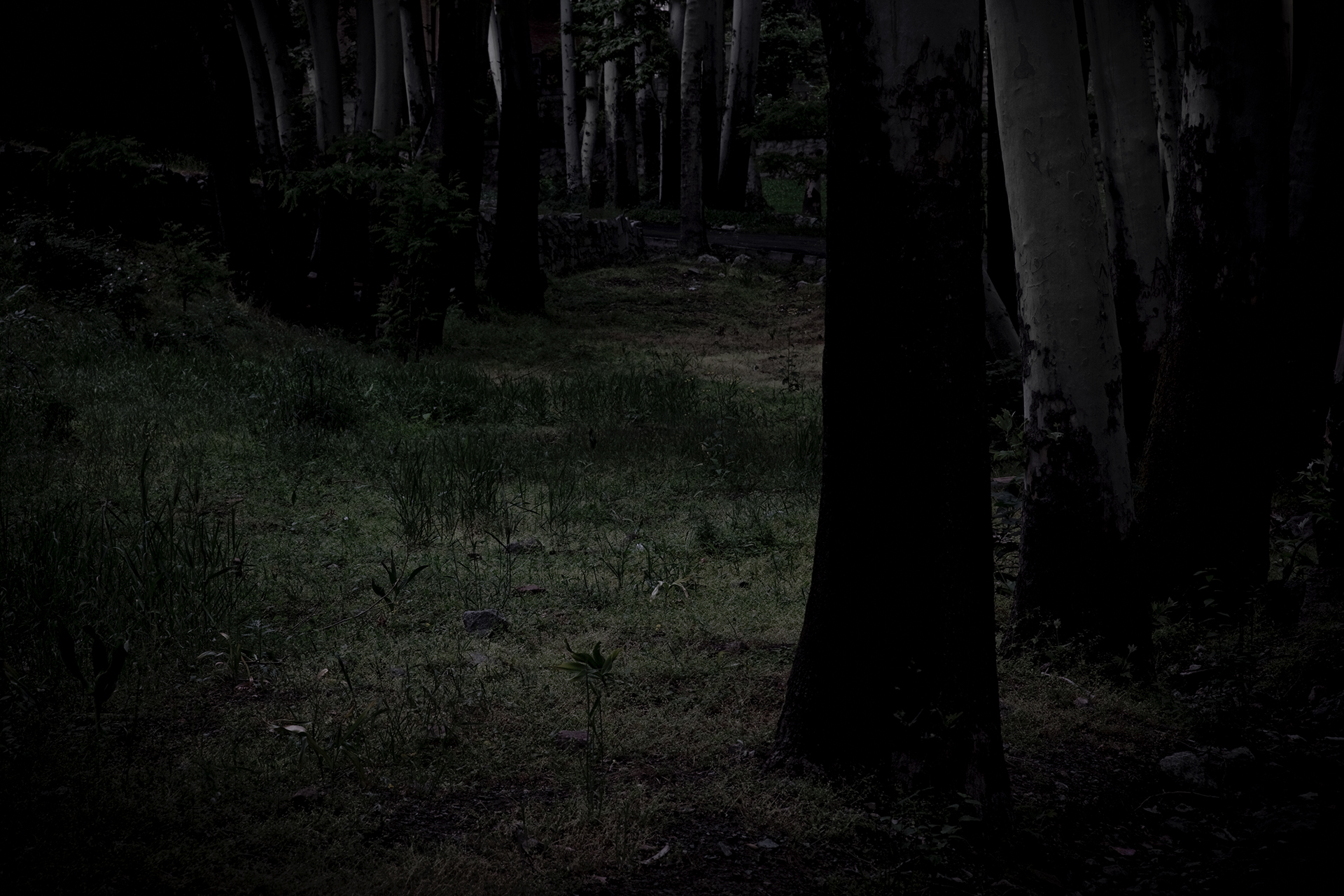 One of Naraghi's pieces from “The Fairyland” collection. Used with permission

With his blurring of geographical markers and dreamlike imagery, Mehrdad Naragahi's photography is the visual embodiment of Gabriel García Márquez ‘s magical realism.

“We can be anywhere in our dreams,” he told Omid:

Just as people outside Iran cannot tell my nationality only from my appearance, this is also true about my art. We live at a time when our differences are no longer as visible on the surface, but found in deeper layers, layers that are formed from history, collective memory and the political conditions of our individual geographies.

Weaving objects of loss and memory with Hayv Kahraman 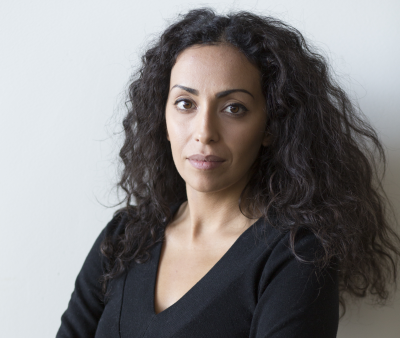 When she was 11-years-old, Hayv Kahraman’s family fled the Gulf War in Iraq with only one suitcase. Among essential items, her mother packed a mahaffa, the Iraqi hand-held fan made by weaving the fronds of palm trees. It traveled with Kahraman as she made the journey from the Middle East to Europe, and decorates her family home in Sweden today. “Mahaffa for me is a nomadic object because it’s something that brings me back to the past,” Kahraman told Omid in December 2017 when they spoke at her exhibition, “Re-weaving Migrant Inscriptions,” at the Jackson Shainman Gallery in Manhattan. “A different life that doesn’t exist anymore.”

Kahraman’s work is a masterful exploration of the issues of identity, personal struggle, and human consciousness. “Re-weaving Migrant Inscriptions” embraced new methods of incorporating objects which carry generations of history into her pieces. Kahraman’s latest exhibition also reveals the evolution in her expression of the images and memories that haunt refugees living in the West. Iranian-British artist Jason Noushin explores the dynamic interplay between the two cultures that undergird his identity. Noushin left Iran when he was 13 years old, but Persian culture still permeates his life, and in his artwork his Persian identity is thrown into stark and beautiful relief by his immersion in the culture of the west.

Art is not made in a void; it all comes from somewhere. I suppose my favorite memories (maybe somewhat exaggerated) are from my childhood in Tehran before the revolution. I enjoyed reading comic books and playing street soccer as boys do in Tehran. So, yes, these comic book collages are reminders of a time and place that no longer exists. 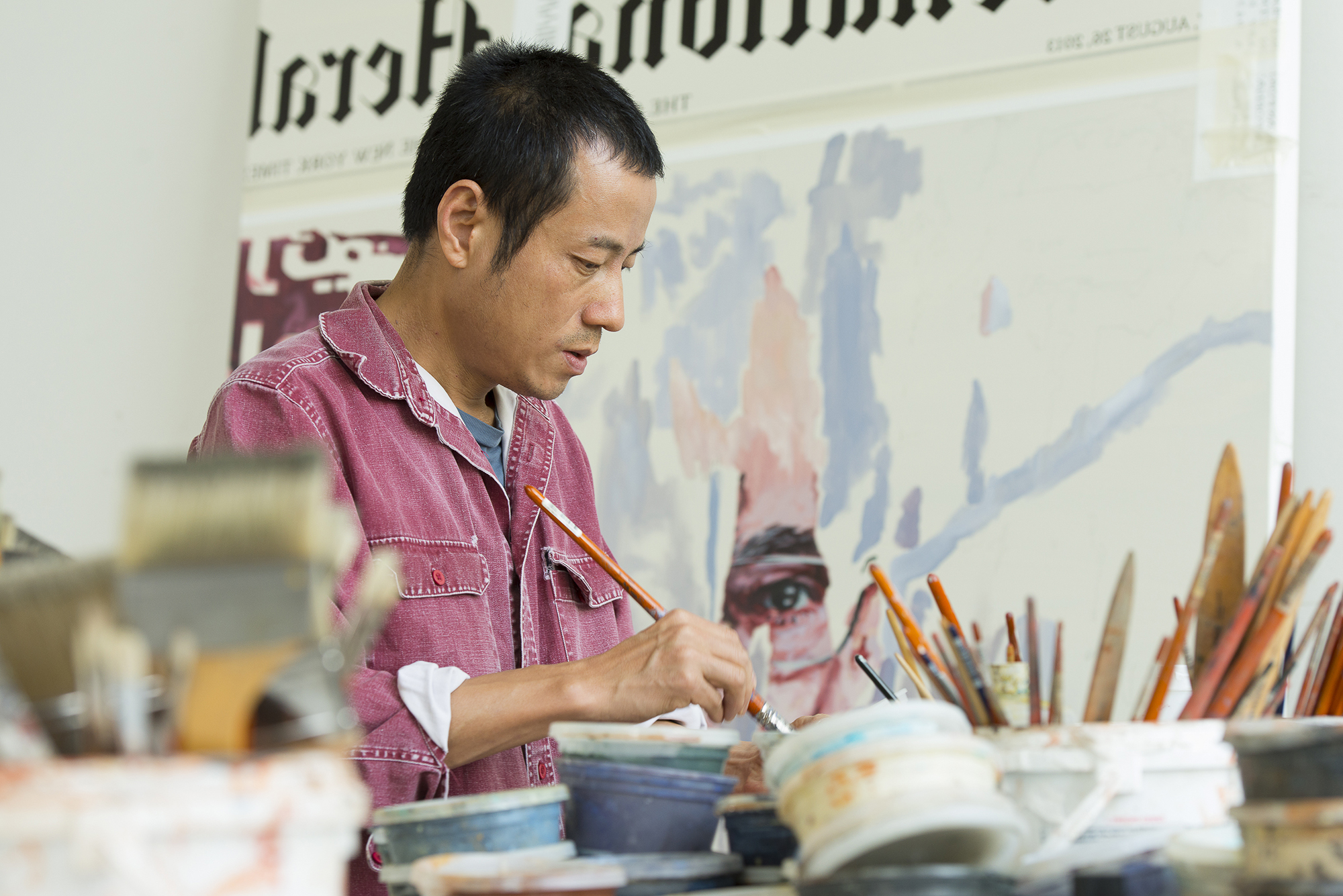 In his latest exhibition, “Confrontation and Disruption,” Chinese-American artist Xiaoze Xie tackles global concerns like street confrontations with the police, refugees, violence and war, and issues of resistance and empathy.

He does so by painting newspapers and books, as he explained to Omid in April 2018:

I’ve always been interested in time and memory and how memory and history or human thought are contained in material form. So books and newspapers are the material forms of things that are invisible and abstract. It came across very early, in the early 90s, when I first came to the United States. When I spent a lot of time in libraries, wandering between aisles and bookshelves, I would see these rows of books in front of me—you know, these silent and sleeping books. So what do they contain? From the spines, sometimes you don’t know, they are almost like tombstones.

From State Censorship to Western Stereotypes, an Interview with Iranian Artist Maryam Palizgir 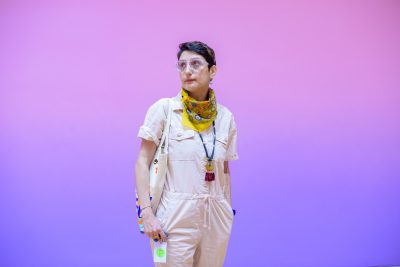 Maryam Palizgam is a visual artist. Photo by Mohammad Jahangir and used with permission.

Maryam Palizgir is an Iranian-born artist and designer who currently lives and works in the U.S. Her work is interdisciplinary in nature, combining two and three dimensional drawing, sculptural painting and installations focusing on the interaction of geometric abstract forms, color, reflective objects and the layering of grid-like materials.

In the U.S. art community, especially among curators and gallery owners, I am seen as an artist born and raised in a particular geography and culture and I am expected to create art that conforms to their stereotypes in subject and form. I am often asked to add elements of calligraphy, Islamic motifs, or political issues to my art practice. I don’t want this Western projection of me—or censorship from the Iranian side. I want to be seen as a visual artist and to express my art through any subject and in any form and to blur these boundaries. We need other non-Western artists to make art on universal subjects to break through these barriers.