Mexican Journalists Say ‘No to Silence’ 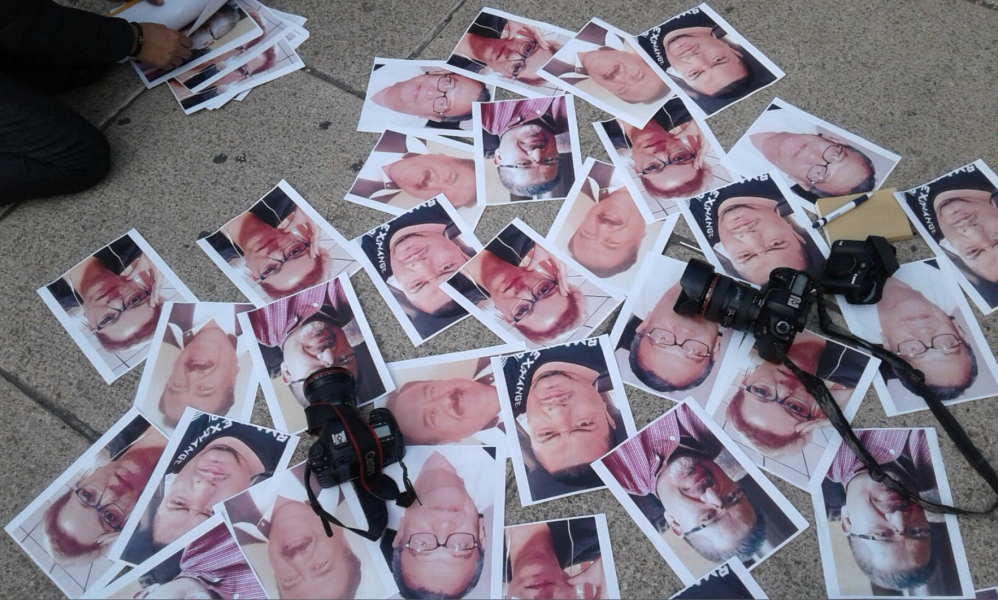 Press freedom is facing rising challenges across the world. In Mexico, the perils of reporting have reached new heights.

Powerful entities – ranging from government officials, to law enforcement, to drug cartel leaders – routinely and systematically intimidate journalists and media outlets to prevent them from investigating state corruption and drug-related violence. Efforts to silence media often take place in the shadows, forcing victims to choose between self-censorship, forced displacement, or risking their lives for doing their jobs.

Still, some reporters and citizen journalists continue to cover conflict zones in different regions of the country. According to a report published by the Human Rights Program of Universidad Iberoamericana, more than a thousand mass graves with 2,014 bodies have been found – a number that is higher than official governmental figures. Shootings between armed groups leave appallingly high death counts. In just the first four months of 2017, Mexico broke its previous murder record with 7,727 cases, 392 more (5.3%) than in 2011, previously the most violent year in record, according to the Executive Secretary of Public National Safety.

Journalist Javier Valdez, editor and reporter of the local media outlet Ríodoce, was assassinated on May 15, 2017. Valdez, who was considered a leading expert on drug trafficking in Mexico, became the sixth journalist killed in Mexico since the start of 2017.

Valdez knew the risks of his work in Mexico, but he never gave up. Neither do many of his colleagues:

Let them kill us all, if that is the death sentence for reporting this hell. No to silence. – Javier Valdez 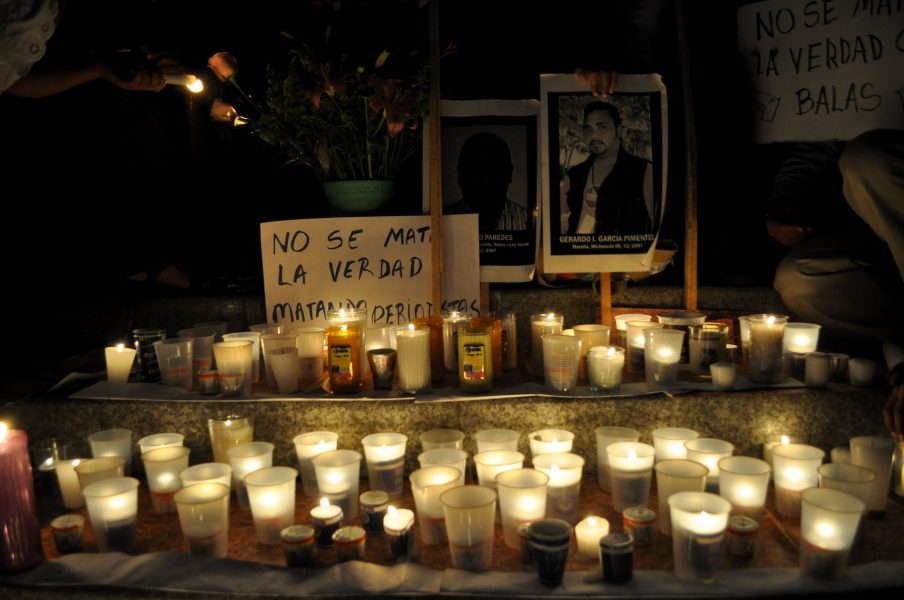 Anabel Flores, Ricardo Monlui, Cecilio Pineda, Miroslava Breach, Javier Valdez, Salvador Adame and tens more assassinated journalists are testimony that the gravest of threats often materialize. Reporters are executed in their homes, on their way to work, frequently in broad daylight and with little consequence for the attackers. According to Article 19, 107 journalists (including Salvador Adame) have been murdered in the country since 2000. No wonder Mexico has been labelled one of the most dangerous countries in the world for journalists.

While some journalists continue to work under these conditions, assassinations and the fear they've inspired have left a black hole of information in the country, driving some journalists to avoid covering dangerous topics and diminishing the public’s ability to obtain information on government corruption, corporate abuses, gang violence and human rights violations.

Corruption and impunity have reached every branch of Mexican government, making it difficult to distinguish between organized crime and government officials. In this scenario, it becomes unclear who should be in charge of protecting journalists and ensuring their safety.

Meanwhile, since the beginning of his term, President Peña Nieto has tried to position Mexico as a top choice for financial investment and as a leading example of democracy and freedom in the Americas. He insists that his government is committed to protecting the press. Yet on multiple occasions, when a corruption scandal becomes public, the president and his staff deny or ignore corruption allegations while those who expose such deeds are tagged as liars, prosecuted, or dismissed from their jobs.

When uncomfortable news of the so-called “war on drugs” find their way to the mainstream media – mostly thanks to the effort of local journalists – they are threatened by both the government and organized crime. A statement delivered by Article 19 at the 35th Session of the UN Human Rights Council reads:

We regret that the government refuse to publicly acknowledge, let alone condemn, that attacks on journalists are committed by or at the behest of public officials. This includes where journalists are under the protection of the Federal mechanism. The government places full blame for attacks on organised criminals, yet ARTICLE 19 identified connections to public officials in 53% of attacks recorded in 2016. 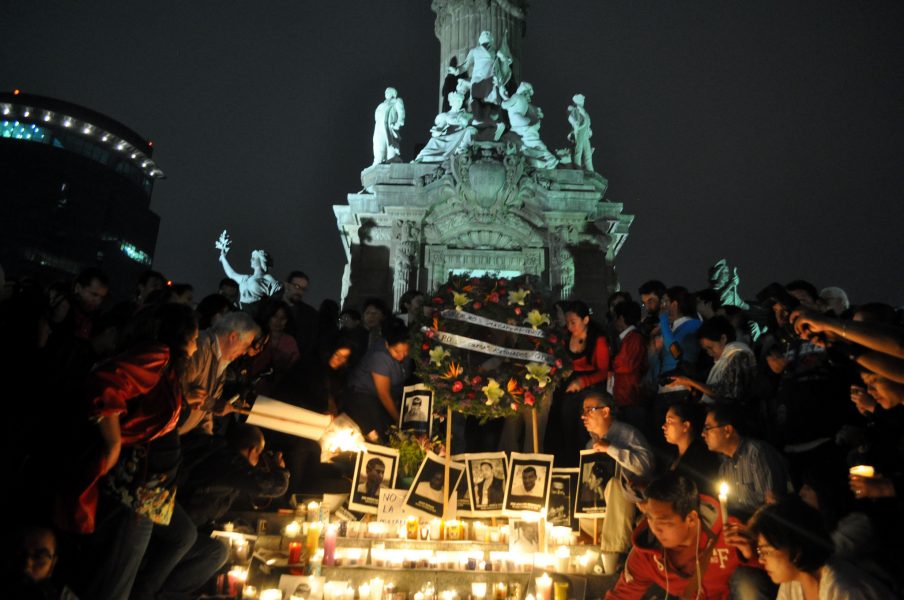 An Attorney General Who Doesn't Work

The Mexican State has an office dedicated exclusively — in theory — to seeking justice in crimes committed against those who practice journalism or others who exercise the right to free expression within the bounds of the law.

The Special Prosecutor’s Office for Crimes against the Freedom of Expression (FEADLE) operates under the attorney general of Mexico (PGR).

FEADLE, however, is one more branch of the country's vast bureaucratic framework, which absorbs substantial public resources while delivering little in return. In 2017, the assigned budget was approximately USD 1 million, while in 2016 they received USD 1.4 million.

Of the seven homicides committed against journalists so far this year, not a single person has been arrested. The Mexican independent website Animal Político reported:

Well, out of these 798 complaints, of which 47 were for murder, FEADLE reported in response to a request for transparency that it only has three convictions registered: one in 2012; and another two in 2016. Or in other words 99.7% of attacks have not led to a criminal conviction.

No public servant has ever accounted for the lack of justice on this matter. No enquiries have been launched to determine the cause of the attorney general's office colossal failure to bring the killers before a judge. 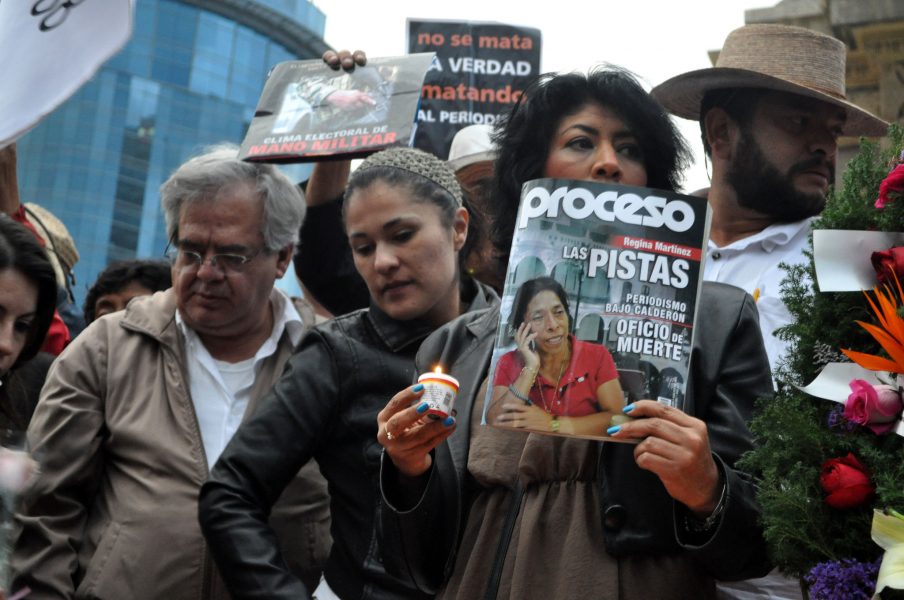 On the magazine cover: “Journalism under President Calderón, a deadly trade”. Picture by Article 19 on Flickr. Used under CC BY-NC 2.0 license.

Journalists not only face a lack of protection, they are also under heavy surveillance by the Mexican government. Recent reports prove that the government has systematically used spyware to spy on activists, lawyers and journalists without judicial review, which is illegal in Mexico.

These tools that are intended to be used against crime, are being wielded against citizens to prevent them from seeking the truth and exposing corruption. Article 19 also referred to this issue in its statement at the UN Human Rights Council:

Of the 426 attacks on the press we documented last year, 72 were online, with women journalists and bloggers disproportionately affected. Surveillance is also an issue: many organizations have left the Alliance for Open Government (OGP) over accusations of sophisticated spyware being deployed against critical human rights organizations and journalists.

Mexico has become a prime destination for the surveillance technology industry in the Americas. Trade fairs are held annually and relationships between manufacturers, distributors and the Mexican government have intensified rapidly throughout the term of Mexican president Enrique Peña Nieto. Journalistic and independent investigations carried out by civil society organizations as well as various leaks have brought this relationship to light since 2013.

Crimes and Threats against Journalists

Global Voices will continue to report on these events and the work of local reporters, citizen journalists and social media users who bring threats and attacks to light. We seek to empower and defend those who are committed to tell the stories that matter in Mexico.