Joy, Disappointment and Injustice at the 2016 Rio Olympics 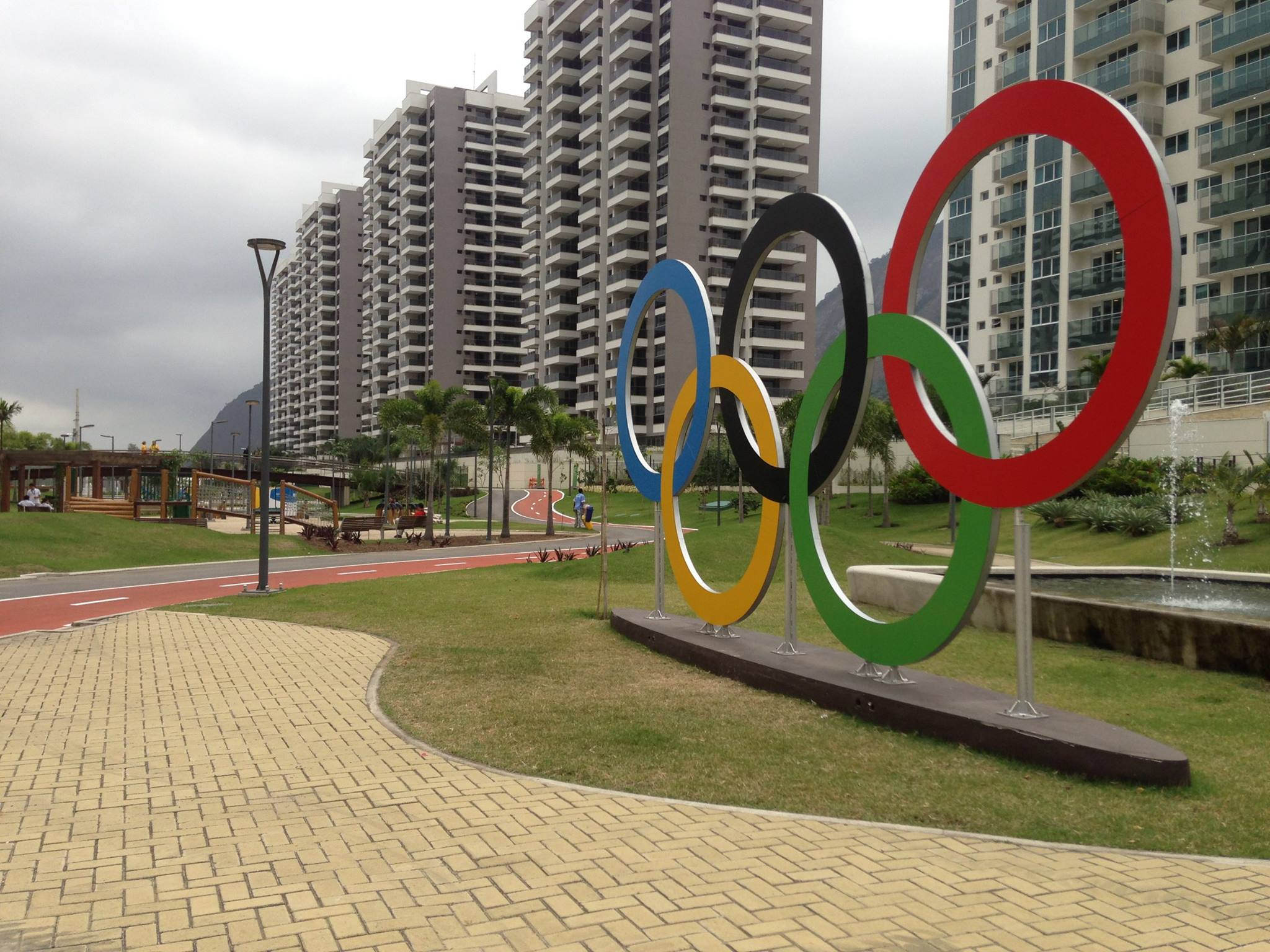 Premiere athletes from around the world descended on Rio de Janeiro for the 2016 Summer Olympic Games during two weeks in August, competing for gold and glory on behalf of their countries.

Global Voices contributors were on the story, reporting on the many conversations happening in their regions about the competition.

For people from countries whose athletes won a coveted medal, the Olympics were a source of joy. In Tajikistan, social media was overflowing with national pride after Dilshod Nazarov earned his country's first ever gold medal in the hammer throw, launching the metal ball some 78.68 meters.

Singapore and Vietnam rejoiced after finally snatching gold medals in the Olympics. Singaporean swimmer Joseph Schooling's feat was even more attention-grabbing, as he bested swimming superstar Michael Phelps of the United States, his one-time sports idol.

To the delight of Japanese sports fans, Japan started off strong and ended in sixth place in terms of medals won. And Jamaicans watched their athletes — especially gold-medal running phenomenon Usain Bolt — with excited anticipation.

Even in countries that fell short, there was still something to smile about. On the Kyrgyz internet, commenters praised wrestler Aisuluu Tynybekova, who wasn't able to capture the bronze but was able to break gender stereotypes in the male-dominated discipline with her performance.

And Nepal didn't come away with any medals, but Nepalese were pleased nonetheless: their 13-year-old swimmer Gaurika Singh made an impressive showing, despite being the youngest athlete at the Games, and the BBC called the country's national anthem one of the most amazing.

The toil behind the triumph

Lang Ping, the coach of the Chinese women's volleyball team, which clinched gold, has for years challenged Chinese Communist Party sports policy. After the 2008 Beijing Olympics, online trolls even called her a traitor for coaching the American volleyball team at the time, which trumped the Chinese team on the court.

Brazil's Rafaela Silva, who dominated in judo, was hailed as a hero for bringing the host country its first gold medal, but it wasn't too long ago that she was disqualified, suffered racist abuse and nearly quit the sport. She said in an emotional interview:

After my defeat, everyone criticized me. They said judo wasn't for me, that was a embarrassment for my family. Now I'm an Olympic champion in my own home.

Ethiopian runner Feyisa Lilesa arguably risked his life by crossing his arms to make an “X” at the finish line after taking silver in an Olympic marathon. The symbol is used by the Oromo people and their supporters in their protests against their repression by government of Ethiopia, where dissent, both physical and virtual, is treated harshly.

Lilesa plans to seek asylum in Brazil, the US or Kenya.

#FeyisaLilesa used the biggest stage of his life to express a muzzled generational cry for freedom. He spoke without words. #courage

Tennis player Monica Puig gave Puerto Ricans something to cheer about after a summer full of dispiriting news when she snatched Puerto Rico's first ever Olympic gold medal.

And after taekwondo athlete Ahmad Abughaush won the first ever gold medal for Jordan, celebration among some of his fellow Jordanian-Palestinians was bittersweet. Media coverage failed to mention his Palestinian roots or the fact that he was the son of Palestinian refugees, and the patriotic praise heaped on him stood in stark contrast to the systematic discrimination Palestinians in Jordan face.

The rocky road to the Olympics

Winning aside, the road to the Olympics can be full of obstacles.

Russia's participation in track and field in Rio was marred by drama involving doping in Russian sport. The International Association of Athletics Federations (IAAF) rejected nearly every Russian athlete’s application to compete, except for Russian long jumper Darya Klishina. Originally, she was only going to be allowed to participate under a neutral flag, and when she agreed, Internet users accused her of being a traitor. 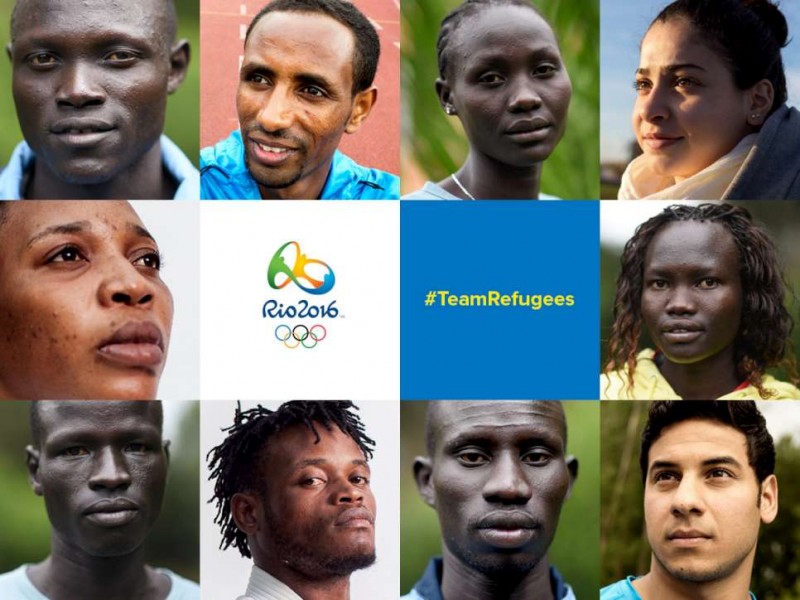 Later, the International Olympic Committee said Russian athletes who got the IAAF's permission could compete under the Russian flag. Klishina didn't win a medal, placing ninth in long jump.

Six male and four female athletes fled war, violence and oppression in South Sudan, the Democratic Republic of Congo, Syria and Ethiopia to eventually make history as the first team comprised entirely of refugees to compete at the Olympics. Only four years before, Samia Yusuf Omar, a Somali sprinter who competed in the 2008 Beijing Olympics, had drowned while trying to cross the Mediterranean, bringing the plight of refugees close to home.

For the first time, Trinidad and Tobago sent a gymnast to the Olympics, but the selection process was especially fraught. Trinidad-born gymnast Thema Williams was originally announced as the country's Olympic pick for the Rio Test Event, but was suddenly replaced by Canada-born Marisa Dick, who holds dual citizenship. Discussions of body policing, national identity and the legality of the Trinidad and Tobago Gymnastics Federation's decision swirled for weeks. Williams has promised to take legal action; Dick ended up placing 55th in the all-around standings of the women's artistic gymnastics competition in Rio.

Once at the Olympics, athletes must also deal with other challenges, such as the intense scrutiny from their compatriots. For example, Mexicans weren't content with the performance of their delegation at the Games, which failed to nab any gold medals, but did walk away with three silver and two bronze. Illustrated news site Pictoline reminded critics that athletes don't lose alone: poor policies, government disorganization, lack of sponsorships and public apathy all contribute.

In Brazil, injustice and the Olympics go hand in hand

While hosting the Olympics is often promoted as a way to boost the profile of the country and jump-start the construction of useful infrastructure, there's no guarantee the investment will pay off. For its part, Rio de Janeiro played host to two mega sporting events in a short amount of time: the FIFA World Cup in 2014 and the Summer Olympics in 2016.

Preparing for the task meant spending public funds to build the necessary venues, money that many Brazilians thought would be better used shoring up services such as education and health.

To make matters worse, Brazilian authorities faced accusations of callously — perhaps even illegally — sweeping aside entire neighborhoods to make way for the events in the years leading up to them. Since 2009, in a pre-Olympics context, tens of thousands of residents were forcibly evicted and their homes demolished, receiving in some cases a stipend of 400 reais (200 US dollars) for their loss. Many families, who were already living in poverty in favelas, reported having trouble finding a new place to live.

A symbol of these Olympic evictions in Rio is the community of Vila Autódromo, formerly located where the Olympic Park now stands. Over 90% of the 800 people that lived in the small community were evicted, and those that wanted to remain suffered violent crackdowns by the police. 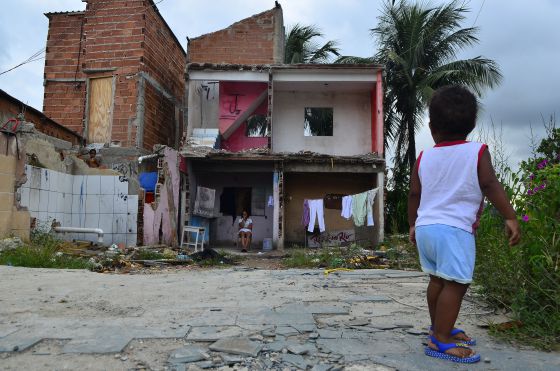 A house in Vila Autódromo shared by two people was half-demolished when only one of them agreed on settlement offered by the city of Rio. Photo: Fernando Frazão / Agência Brasil CC BY 3.0

Given this backdrop of inequality, some weren't happy with an official funk song released for the Olympics, commissioned by the Rio government. The funk style of music was born in the favelas and has faced heavy oppression by authorities. Cultural producer Julio Barroso accused the city of “selling a false image” of caring “equally about all social classes,” while others hoped funk could serve as the uniting force that the country needs.

Leading up to and during the Olympics, human rights organizations documented the abuses, taking advantage of new digital tools to spread awareness. And one international group of chefs and anti-hunger activists tried to make a difference in the lives of Rio's disadvantaged by cooking them gourmet meals using excess food from the Olympic Village.

Want to learn more about the Olympic Games in Rio?

Check out the full list of Global Voices’ stories on the subject below.