Iran, as Told by Iranian Journalists and Writers The image of the leader of the Iranian Revolution Imam Khomeini on the wall of a building in Sanandaj, in the capital of Iranian Kurdistan Province, as seen through an open window. Photo by Jordi Boixareu. Copyright Demotix

Global Voices co-founder Ethan Zuckerman defines “bridge figures” as people who are passionate about explaining their home cultures to people from other societies. The concept was developed through the deep roots it has in Global Voices, and defines much of the work and ethos of the community. Since our Iran coverage aims to ‘bridge’ the divide that exists between external perspectives on Iran and the actual country itself, Global Voices Iran has started a series of interviews with various Iranian journalists and writers who practice this role.

These interviews are done to understand how and why these figures, who make a career out of communicating the intricacies and complexities of a country riddled with contradictions, explain Iran to non-Iranians.

Golnaz Esfandiari: “I think the use of social media in Iran and its significance is increasing”

Golnaz Esfandiari is a senior correspondent at Radio Free Europe/Radio Liberty, and one of the few journalists based outside of Iran writing in English about the nuances and intricacies of Iranian society and politics. In an interview with Global Voices, she said:

I think the use of social media in Iran and its significance is increasing. Government officials admit that and I also see more people inside the country using social media sites and apps. I actually think that since 2009, the use of social media has increased considerably. Some Iranians told me they joined Twitter after reading about the allegations about a “Twitter Revolution” in Iran. Social networking sites have facilitated conversation and the sharing of content that is banned or considered sensitive, people can discuss taboo subjects relatively openly. They also challenge state policies and stances on social media quite regularly.

Kelly Golnoush Niknejad: “You have to be a journalist, but a psychiatrist, professor, and mind reader as well”

Iranian media entrepreneur Kelly Golnoush Niknejad is the founder of ‘Tehran Bureau,’ a news agency hosted by The Guardian that covers Iran and the Iranian diaspora. Her project is one of the leading sources of coverage that gives a ‘dynamic’ view of the country’s culture, politics, and people. Photo by Kelly Golnoush Niknejad and used with permission.

On misconceptions that non-Iranians have about Iran, she explained:

When it comes to Iran, I often find myself having to go all the way back to 1979, then explaining the transformations that took place decade-by-decade, just to make sense of the present. It’s sometimes even hard for Iranians themselves to believe what goes on in Iran, let alone non-Iranians. This explains why it’s vital to cover Iran from the “bottom up,” chronicling the lives of ordinary people. Covering a country by reporting on the pronouncements of the ruling elite is probably the least interesting or informative kind of journalism. That’s why even very sophisticated people who follow the news on Iran have no idea what goes on there. Of course if they followed Tehran Bureau though, they would get a very dynamic view.

Nina Ansary: “I believe women will be at the forefront of any change in Iran”

Nina Ansary is the author of “Jewels of Allah: The Untold Story of Women in Iran,” the first book to cover the leading feminist political movements from the end of the 19th century to the present. The book explains how women have shaped Iran’s recent history, and continue to do so, while working to establish their rights and equality in a society that has traditionally marginalized them.

Read more: Talking to Iranian Feminist Author Nina Ansary on the Eve of Change in Iran

Ansary said she was “cautiously optimistic” about the future of Iran and the place of women in it:

…only because I see their resilience. And this is because female activism has yielded partial results: women were not allowed to serve as judges, but can now serve as investigative judges. Women weren’t allowed to enter certain fields of study, and over the years they have been able to penetrate into male dominated areas such as medicine and engineering. I'm cautiously optimistic, but I believe women will be at the forefront of any change in Iran.

Saeed Kamali Dehghan: “They see Iran as black and white, and Iran is not like that. It’s a spectrum, it’s a rainbow.” On the difficulties of covering a country he has an emotional attachment for, Saeed explains:

As an Iranian I have an emotional attachment to the country, but when I’m writing news I step back and try to be impartial. But I’m allowed to express my opinion when I write op-eds, and I’ve also done that sort of thing. I wrote about why Canada is getting it wrong on Iran, which led to the then Canadian foreign minister accusing me on Twitter of working for the Iranian authorities. I’ve been attacked by some people who accuse me of working for the Iranians and by others who accuse me of working for the Brits. I hope that’s a sign I’m doing my job right!

Omid Memarian: “To turn that explosive anger into something constructive, to put it into perspective and not take it personally, is an art.” 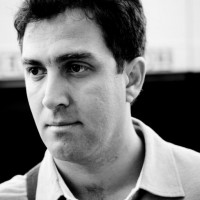 Omid Memarian was formerly a widely read journalist inside Iran, and now works in the United States covering Iranian news for both English and Persian speaking audiences. Our interview with him explores the nuances of covering Iran for different audiences, and his experiences as a journalist both inside Iran and out.

Memarian describes his experience writing and reporting on civil society as a journalist in Iran:

There were, and still are, people in Iran who believe that by empowering civil society organizations, political parties and independent media, the Islamic Republic might change gradually from within. On the other side, there are forces trying to prove them wrong, and one way to do so is by making the environment so threatening that no one dare stay active in the field. When I insisted on continuing to what I was doing, writing and promoting the things I believed in, I was arrested and thrown into jail.

Hooman Majd: “Iran is not uniquely paradoxical: what's unique is that most people don’t know about Iran.”

We are now at a turning point in US foreign policy. Weeks away from the end of the Obama presidency, there is a strong possibility that the US is moving away from the defining project of rapprochement with its long-time foe, the Islamic Republic of Iran. At the dawn of the Donald Trump presidency, which is slated to be a peculiar shade of hardline and hawkish Republicanism, I thought it a timely moment to sit down with journalist and author Hooman Majd. His books, articles and commentary explaining the ”paradoxes of Iran” became widely featured in the American mainstream media during the Bush era, when hawkish rhetoric against the Iranian government became a hallmark of the early 2000s’ foreign policy and media depictions of Iran. 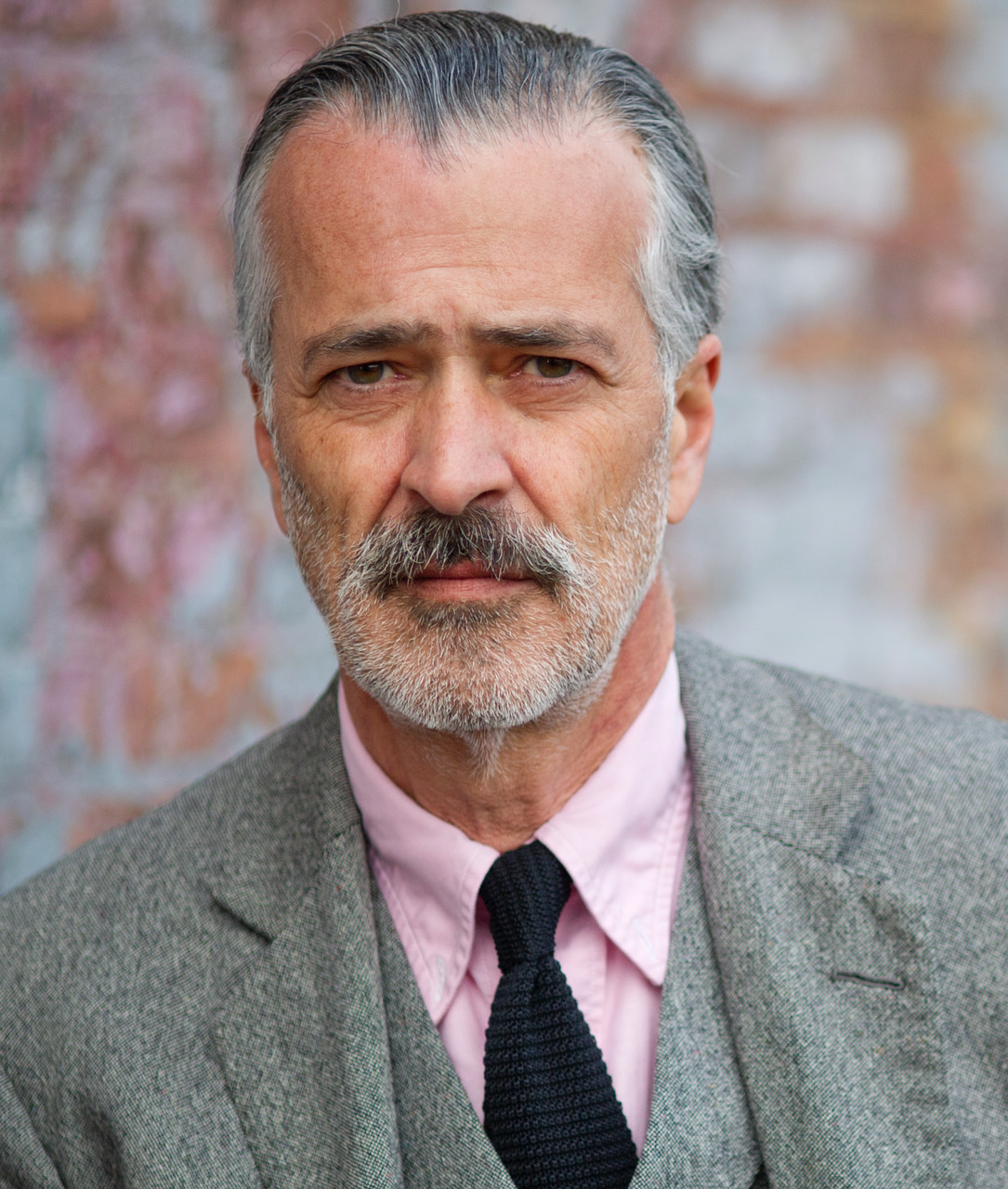 Hooman Majd has been known to be the “voice of Iran” to the western world. Portrait of Majd by Ken Browar, used with permission.

Read more: Talking to Hooman Majd, a Bridge Between Iran and the US Mainstream

Ahmadinejad was the first to make himself available to the media, which is the source of a lot of the negativity. But Iranian-Americans and Iranian-Europeans have written a lot about the culture in the recent years, and there's a lot more travel between Iran and the US, among both Iranian-Americans and Iranians themselves. They are understanding it a little bit better and there have been a number of books. Iran is not uniquely paradoxical: what's unique is that most people don’t know about Iran.