Macedonians protested daily throughout the month of June 2011 against the police cover-up of a murder of a man during street celebrations for the re-election victory of Macedonia's ruling party, the VMRO-DPMNE. Martin Neshkovski, 22, was beaten to death early on the morning of June 6, in the main square of Skopje, the capital city. The prime suspect is a member of the country's special police forces, who has allegedly also served as a bodyguard to some of Macedonia's highest-ranking government officials.

Despite the presence of dozens of witnesses, authorities initially denied any knowledge of the murder. Eventually the word spread on Twitter, and social media continues to play a crucial part in raising awareness. Freedom of speech is tricky in Macedonia, with many people concerned for their security and employment opportunities if they speak out. The protesters were demanding full disclosure of all aspects of the crime and the alleged cover-up. Their cause is challenged by the government and official media, who have tried to characterize the protesters as violent.

Macedonia is situated in the central Balkan peninsula in Southeast Europe. Approximately 2 million people live in the country.

Contact our Eastern & Central Europe Editor Veronica Khokhlova if you have any questions regarding this page, or resource suggestions.

What we do: Global Voices bloggers from Central and Eastern Europe report on how citizens use the Internet and social media to make their voices heard, often translating from different languages. 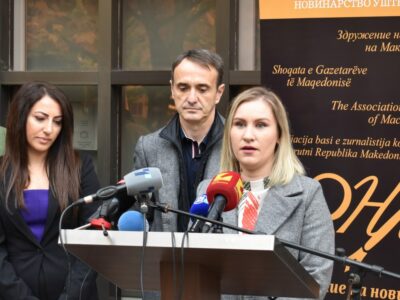