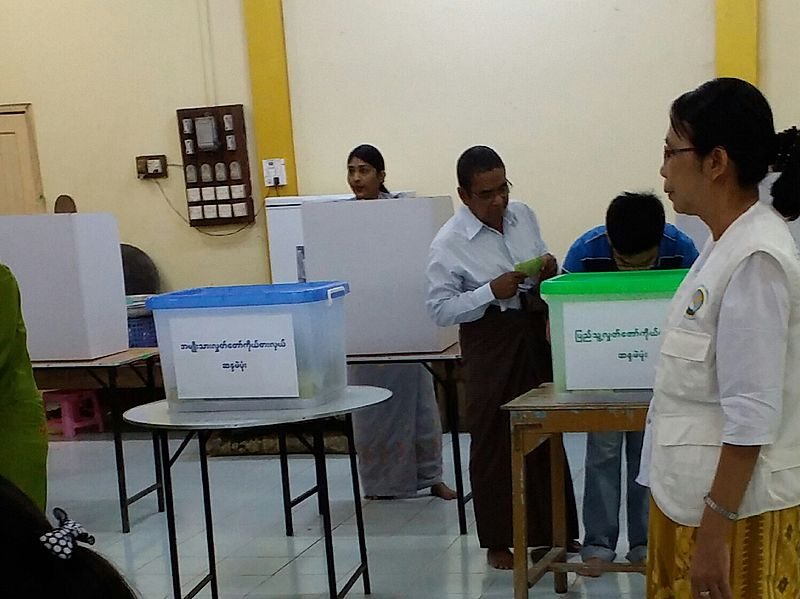 A polling station used for Myanmar election 2015. The ballot boxes are at the front, while the voting booths are at the rear. Photo and caption by Phyo WP (CC BY-SA 4.0)

There were initial concerns that the COVID-19 pandemic would lead to a voting postponement or cancellation, but overseas and early voting have commenced and preparations for election day are already in full swing.

Observers note that the election is crucial to the consolidation of Myanmar’s democratic transition. The country was ruled by a military dictatorship for several decades until it adopted reforms which allowed a civilian government to take control in 2011. However, the 2008 Constitution guaranteed parliament seats and other bureaucratic posts for the military, allowing it to retain influence in the government.

During the historic 2015 election, the opposition National League for Democracy (NLD) defeated the military-backed party. The landslide victory of the NLD raised expectations that the new government would undertake political and social reforms.

In the 2020 election, will the NLD retain its overwhelming majority in the parliament? Or will the military and the military-backed party gain more seats?

A major issue is the disenfranchisement of voters in largely ethnic communities. The Union Election Commission (UEC) has cancelled voting in 56 townships, citing security risks, rendering an estimated 1.4 million people unable to vote. Some have raised questions about the impartiality of the UEC, which has also been criticized for censoring the speeches of parties wishing to broadcast campaign messages on state TV and radio networks.

In addition to the cancellation of voting in communities experiencing conflict, 600,000 Rohingya have been unable to register to vote as they are not officially recognized as one of the country’s ethnic groups. Rohingya candidates were also disqualified from contesting seats in the election.

The NLD government has been accused of using laws drafted by the military dictatorship to silence critics and persecute activists protesting the internet shutdown in the state of Rakhine, the human rights atrocities allegedly committed by soldiers against ethnic communities, and the failure to uplift the conditions of the poor.

As candidates and parties increasingly turn to the internet to reach out voters during the pandemic lockdown, various groups are monitoring the use of social media and working to prevent the spread of disinformation and hate speech.

Myanmar faces numerous challenges in ensuring that this election will be free, fair, peaceful, and credible. But what is certain is that whatever happens on November 8 will have a lasting impact on the future of the country’s democracy. 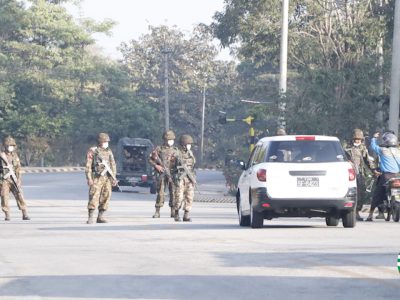 "People are disheartened by the news and mostly sharing information about each other’s whereabouts and safety measures. We have all seen this coming but it’s surreal when it actually happens." 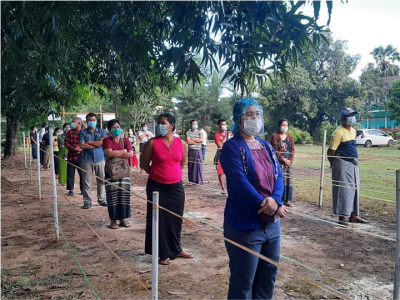 What election observers are saying about Myanmar’s election

Observers acknowledged the “success” of the election while noting reforms that still need to be enacted to make the voting process more credible and inclusive in the future. 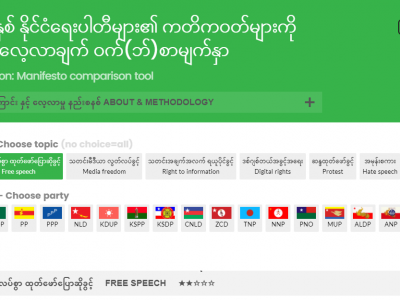 "Our aim is to give the electorate complete information about the political parties’ human rights promises – or lack of promises – so that voters can make a fully informed decision." 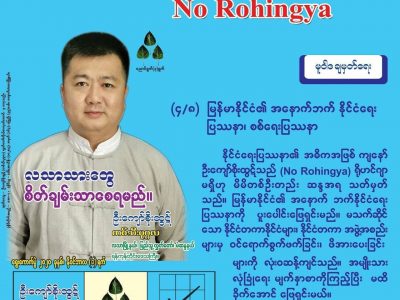 Myanmar candidates and parties turn to religious nationalism ahead of elections

Major political parties in Myanmar are resorting to Buddhist populism despite race and religion-based campaigning being prohibited under electoral regulations. 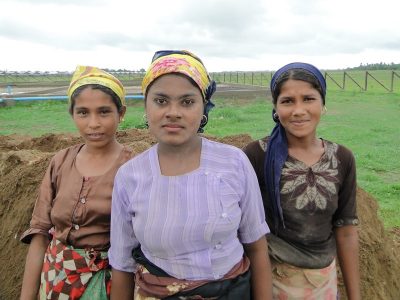 Rohingya denied of the right to vote in Myanmar, again

"As citizens of Myanmar, we hold the right to vote. The Myanmar government has stripped us of our citizenship and ability to participate in political life." 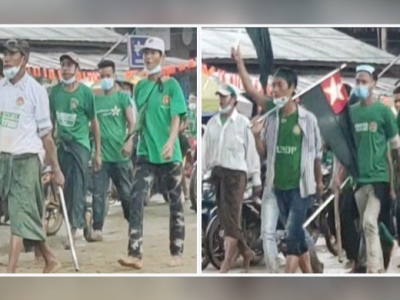 Several election-related incidents of intimidation and physical attacks were reported in many townships ahead of the November 8 election. 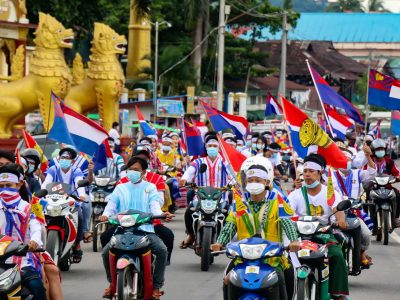 "There are suspicions over whether the government is trying to reduce ethnic parties’ power." 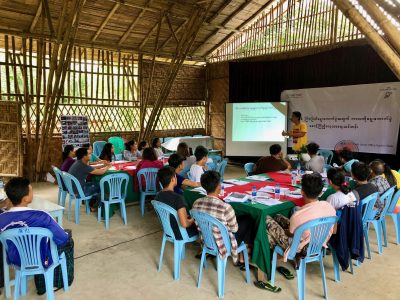 Myanmar 2020 election: ‘A critical moment in the consolidation of democratic transition’

"Transparency and frequent consultation with political parties, candidates and other stakeholders are crucial to the acceptance of the results." 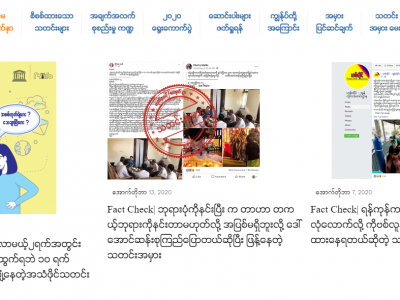 Global Voices interviewed Thet Min, fact-checker for ‘Real or not’ fact-checking news website, about their efforts to expose and stop disinformation in Myanmar ahead of the November 8 elections. 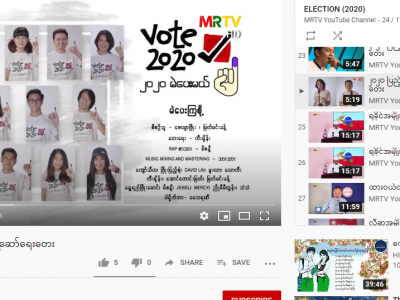 "This censorship seems like something the dictatorship did. They shouldn’t mess with the party’s tone. Shouldn’t there be freedom of expression?" 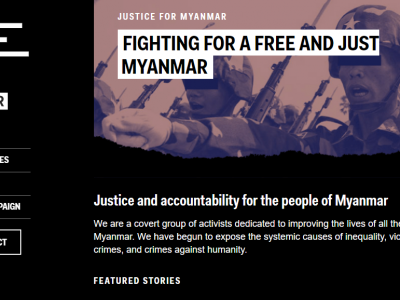 "It shows the increased intolerance by the government on freedom of expression and that they are trying to cover up the crimes and corruption of the military." 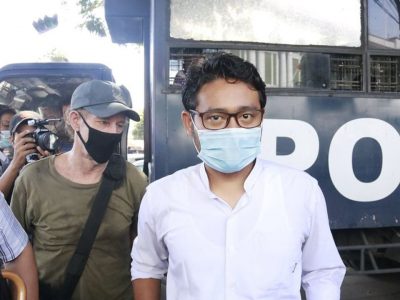 The protest featured the unfurling of a banner that read: “Is the internet being shut down to hide war crimes and killing people?” 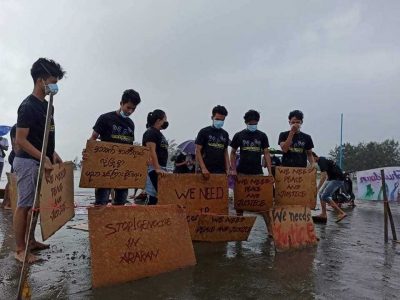 In the middle of a global pandemic, access to information is even more critical than usual.