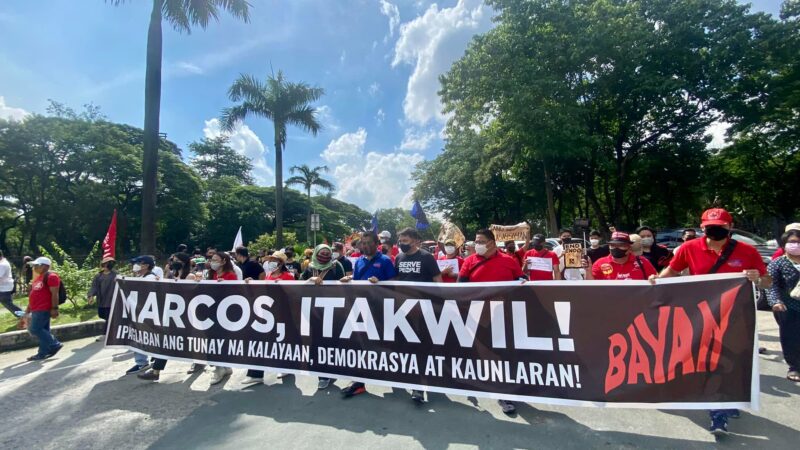 Ferdinand Marcos Jr. was proclaimed the new president of the Philippines amid allegations of election irregularities and questions about his eligibility as a candidate owing to his previous criminal conviction for tax evasion. Moreover, his family have refused to acknowledge the atrocities committed during his father’s presidency. Marcos Sr. ruled the country as a dictator for two decades (1965-1986) until they were forced to flee the country during the peaceful People Power uprising in 1986.

The Marcoses have been accused of looting billions of dollars from the national treasury as they lived a life of luxury while millions of Filipinos suffered under extreme poverty conditions. Their critics said they used ill-gotten wealth to rebuild their political clout while whitewashing their notorious role during the dictatorship. Several reports have shown that the Marcoses benefited from a systematic online campaign that featured the massive promotion of false narratives about the Martial Law era.

Marcos Jr. campaigned on a platform of unity as he evaded media interviews and media-sponsored presidential debates. He also dismissed the longstanding clamor for accountability and justice demanded by victims of human rights abuses during the two-decade Marcos presidency.

During his inauguration speech on June 30, he praised the legacy of his father without mentioning the corruption scandals, economic mismanagement, and onerous debts that sparked nationwide protests against the dictatorship. He also failed to unveil a detailed plan of action of how his government will address the surging fuel and food prices, record joblessness, and a failing health care system.

As he continues to call for unity, his supporters urge the opposition to give him the chance to prove that his government will bring progress and stability to the country.

Monitoring the first 100 days of the second Marcos presidency is thus crucial to determine the kind of political transition that will take place in the Philippines.  After the six-year term of the Rodrigo Duterte government, which gained global infamy for its bloody “war on drugs,” will the Marcos Jr. government steer the country in a different direction?

For the next 100 days, Global Voices will publish news stories, opinion pieces, and studies documenting the presidency of Marcos Jr. Our Manila-based Southeast Asia editor, Mong Palatino and his team, will provide regular updates about the new government and the opposition led mainly by veteran activists and people’s organizations who continue to attack the credibility of Marcos Jr. Our local authors and media partners are preparing in-depth reports offering a broader context of what’s happening in the Philippines.

Read our stories about the Marcos Jr. government below: 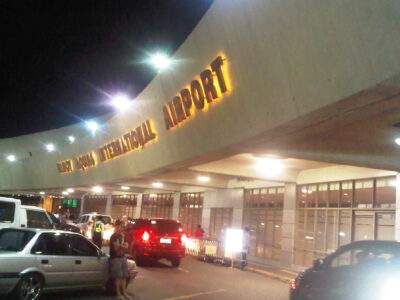 "Most airports (are) named after historical figures, heroic ones...Marcos Jr. maybe back but that doesn’t belie the fact that Marcos Sr. died a disgraced authoritarian." 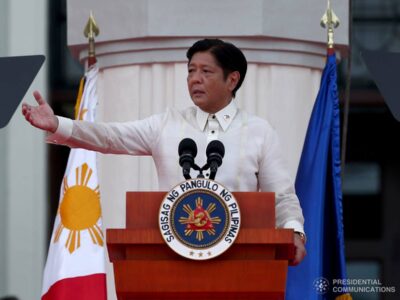 "The inaugural speech raises concerns over how facts shall be regarded in the next six years."

"It is difficult for voters to be confident in election proceedings marred by machine errors and breakdowns."

For Filipino journalist Maria Ressa and Russian editor Dmitry Muratov, winning the 2021 Nobel Peace Prize has not provided protection from their attackers and state threats as they continue their investigations. 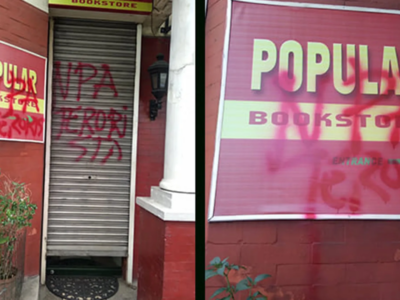 The red-tagging of Popular Bookstore and Solidaridad is the latest in a long history of state repression of dissent and critical thinking in the Philippines. 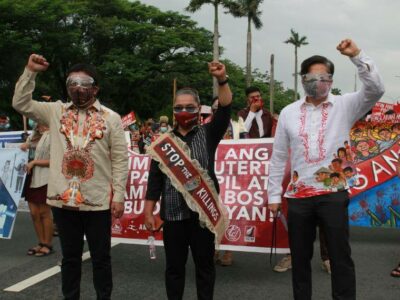 "The most urgent need of the hour is for legislation to be passed to revise the party-list act and install permanent safeguards to prevent abuses and misuses of the system." 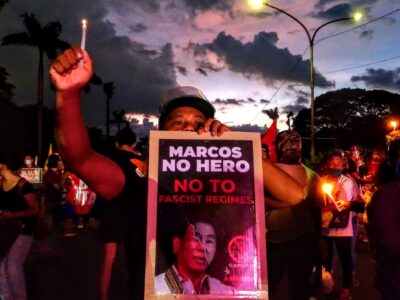 The danger that Ferdinand (Bongbong) Marcos Jr., son of the hated Philippine dictator, being elected as president in the May 2022 elections is real and a grim possibility. 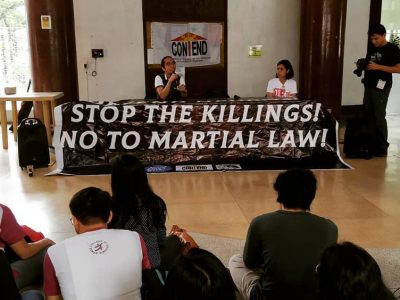 The new subject can be a platform for the “conscientization” of young Filipinos on the importance of human rights, social justice and the continuing struggle for genuine freedom and democracy.