A clash of narratives: National identity and violent conflict in Ethiopia 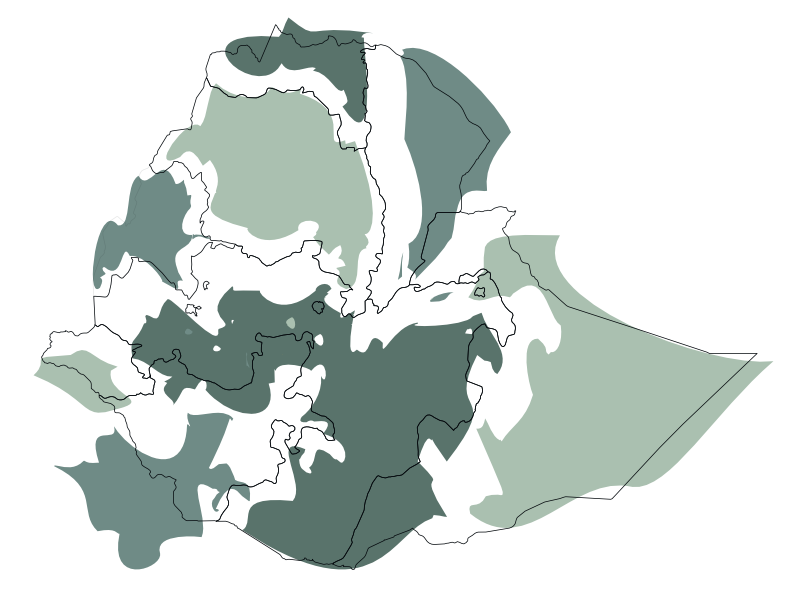 In the past year, long-standing conflicts over the contours of the Ethiopian state have once more exploded into violence. Unreconciled disagreements between the state and regional powers in Oromia and Tirgray are revealing competing visions for Ethiopia’s national identity.

Over two periods of research, Global Voices identified and analyzed features and patterns of Ethiopia’s media ecosystem—the first in the first half of 2020, and the second from the end of 2020 through March 2021.

Read the full report: A clash of narratives: national identity and violent conflict in Ethiopia

Issues of national and ethnic identity and the Tigray conflict—a major event occurring during the research period—were a key focus of the analysis. For example, the June 29, 2020 assassination of Oromo singer and activist Hachalu Hundessa dominated Ethiopian news and conversation, and resulted in a two-week internet shutdown. Similarly, modes of opposition to the Tigray conflict can been seen in narratives that oppose the ruling Prosperity Party, and discuss ethnic nationalism as a threat to the Ethiopian state.

The study employs research methods based on qualitative analysis of narrative themes and trends in mainstream media, social media, other online media, and offline media. The research does not employ statistical methods nor is the data statistically representative; quantitative statements about the data refer only to the material in the set.

Key observations emerging from this research include the shifting of narratives in response to events of significance, the fragility and dependence of the Ethiopian media infrastructure upon governmental authority, the influence of media created by individuals and organizations in the Ethiopian diaspora, and rapid shifts in narratives around the Tigray conflict.

We identified 47 themes (events, trends or phenomena) and 59 narrative frames (how people and media discuss themes) during this investigation. To better identify patterns and enhance accessibility, the research also presents themes and narrative frames organized under higher-level categories: 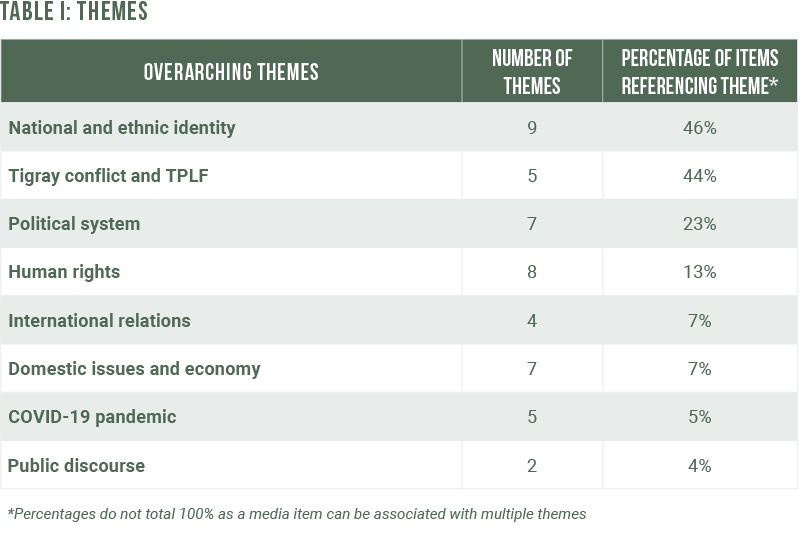 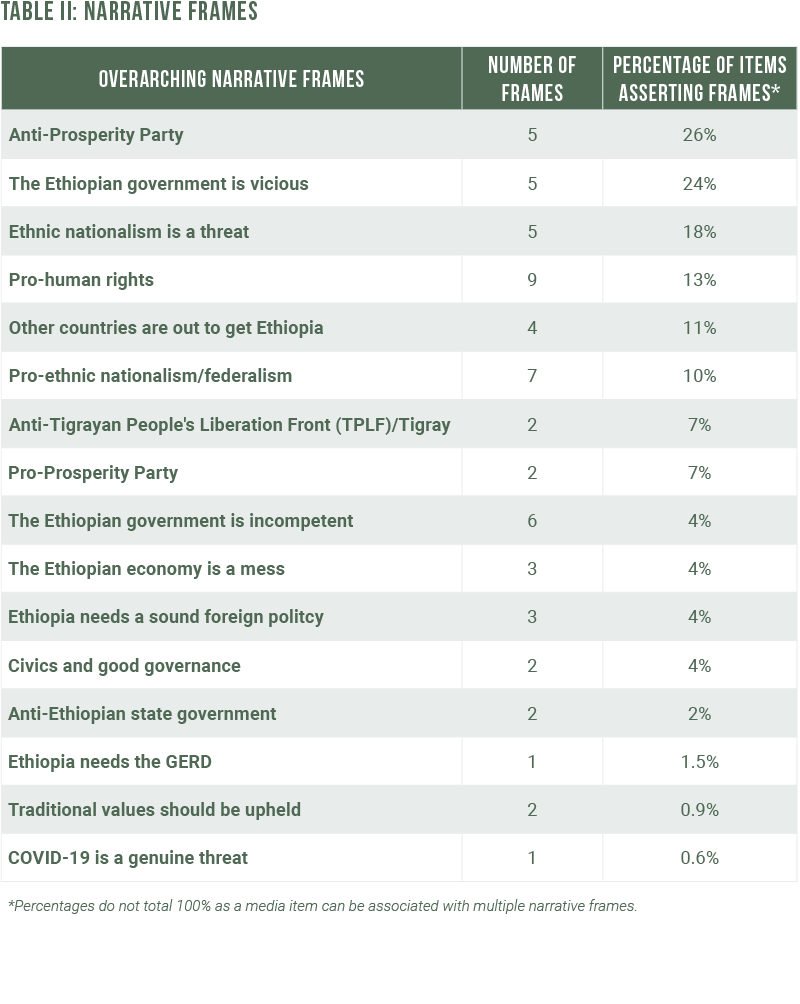 Stories about A clash of narratives: National identity and violent conflict in Ethiopia 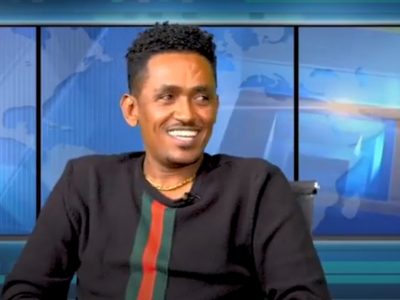 How the murder of musician Hachalu Hundessa incited violence in Ethiopia: Part II

How the murder of musician Hachalu Hundessa incited violence in Ethiopia: Part I

In the wake of musician Hachalu Hundessa's murder, Ethiopia has struggled to come to terms with the violence and turmoil that erupted along ethnic and religious faultlines. 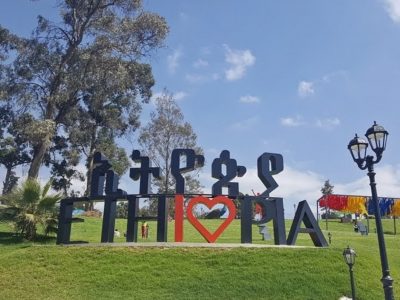 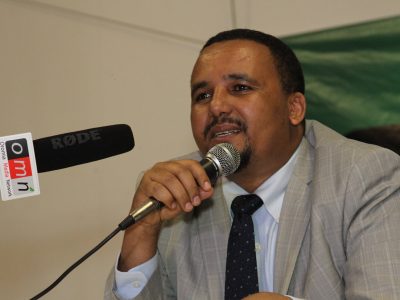 In Ethiopia’s disinformation epidemic, the crumbling ruling coalition is the elephant in the room

As acts of communal violence that took place in Oromia in October subsided, a new battle began online over interpretations of the violence — and who was to blame. 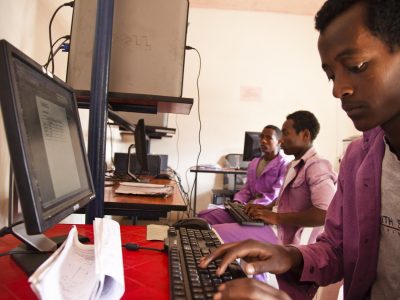 How Ethiopia's ruling coalition created a playbook for disinformation

Manipulation tactics used by Ethiopia's ruling coalition members against each other in their internal power struggle serve as a blueprint for opposition groups to attack their opponents and the government. 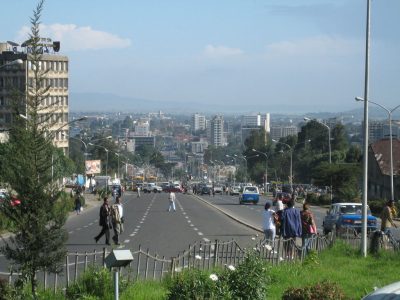 Ethiopian authorities have resorted to shutting down entire networks in response to recent ethnic and political tensions. A lack of transparency makes it impossible to challenge. 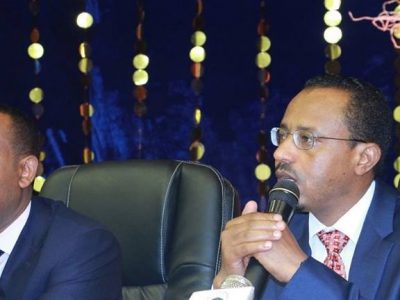