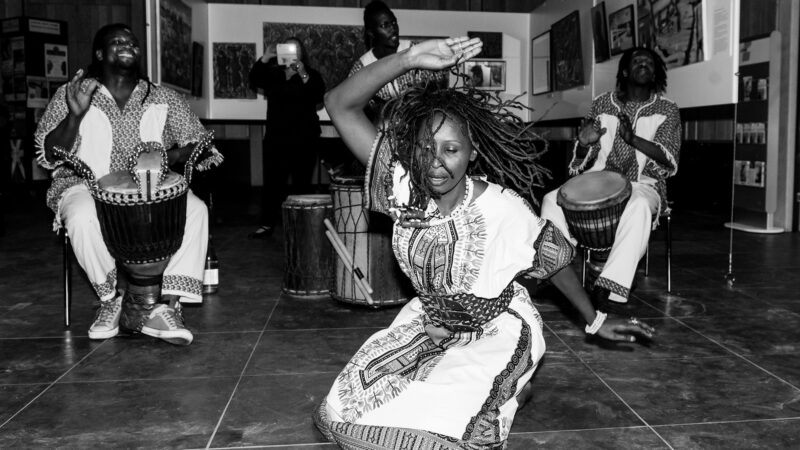 African music, with its distinctive emphasis on polyrhythm and beats flowing from percussive instruments, was long treated as subordinate in the international music arena. Music from the continent contrasted the organized sound, instrumentation, and melody which characterized Western music. The distinctive texture in African music is largely due to the cultures that produce the music. Within traditional African societies, music is not to be consumed alone, but is always accompanied by dancing. For within the continent’s vast and numerous cultures, music, dance, and rites were all tied to the same cosmic significance — communal living, funerals, marriage celebrations, and festivals.

However, this has changed considerably. African musicians have over the decades persevered in their craft. In so doing, they have not only carried on the distinctive flavors of their forbearers but also expanded and built upon traditional sounds. As music has flowed from the continent to merge with song patterns from other parts of the world, African music and its cultural context has grown beyond the continent.

A journey into African Music is therefore a tribute to the generations of African musicians who influenced the contemporary generation of singers. This series is an acknowledgment of the arduous journey from obscurity to global appeal, acceptance, and significant contributions. In this series, Global Voices will peer into the past in order to understand and appreciate present-day musical phenomena in the continent and beyond.

In order to celebrate and explore these themes, this series will take a look at African music from four main angles. We will discuss the evolution of contemporary music genres, the sampling of music from African greats, the impact of African music on the global stage, and how music is consumed in the continent.

We will explore contemporary music genres that have gained popular validity within the continent and beyond. This will inevitably highlight the evolution of different genres of music within the continent, and include a chronological history of various popular African sounds. Global Voices’ Spotify features a variety of playlists that highlight these fusions and musical evolutions, such as this exploration of African Folk Fusion.

There is no question that there are some legendary musical giants in Africa — artists who influenced generations of artists around the world for decades to come. Musicians, all through history have relied on the music made by their predecessors to create new music. Sampling music is not isolated to the continent. Consequently, this series of posts will interrogate the influence of the older generation on contemporary artists and sounds.

Africa’s musical influence on global sounds will form the third aspect of posts from this series. This includes contemporary musicians who are going back to their roots by taking up traditional musical instruments or rhythms. The impact of incorporating traditional beats and instruments by African artists on building bridges that connects the old to the younger generation. We will also engage contemporary African artists who have collaborated with artists from older generations with great success.

The fourth type of post in this series engages how is music consumed in the continent, in both offline and online spaces. This also includes the state of African music, in a world recovering from COVID-19, the impact of the pandemic on African artists or the music culture in different communities.

A journey in African music was conceptualized by Global Voices Sub-Saharan African editors, Nwachukwu Egbunike and Njeri Wangari. Both, being poets, perfectly understand the need to curate this cultural corpus for posterity. See our article series below.

Stories about A journey into African music from April, 2022 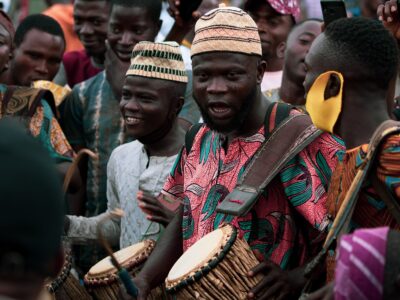 Nigerian young singers have continued in that revered tradition of singing against social injustice. The #EndSARS protest triggered their political consciousness, which hitherto, seemed to be experiencing a decline.