Our founders, volunteers, and contractors are represented on our Board, along with some of the most influential innovators in global online media. Read more about the board and check out the FAQ.

Ethan Zuckerman is founding director of the Institute for Digital Public Infrastructure at the University of Massachusetts at Amherst, where he is associate professor of public policy, communication and information. He is author of Mistrust: Why Losing Faith in Institutions Provides the Tools to Transform Them, published by W.W. Norton in January 2021. With Rebecca MacKinnon, Ethan co-founded international blogging community Global Voices. Ethan's research focuses on issues of civic engagement through digital tools, international connections through media and publicly funded digital infrastructure. He blogs at https://ethanzuckerman.com/blog, tweets at @ethanz and lives in the Berkshire Mountains of western Massachusetts.

Rebecca MacKinnon is founding director of the Ranking Digital Rights program at New America. She is the author of Consent of the Networked: The Worldwide Struggle for Internet Freedom (Basic Books, January 2012). She is also co-founder, along with Ethan Zuckerman, of Global Voices, serves on the Board of Directors of the Committee to Protect Journalists, and is a founding board member of the Global Network Initiative.

Fluent in Mandarin Chinese, MacKinnon worked as a journalist for CNN in Beijing for nine years and was Beijing Bureau Chief and Correspondent from 1998-2001, then served as CNN's Tokyo Bureau Chief and Correspondent from 2001-03. From 2004-06 she was a Research Fellow at Harvard's Berkman Center for Internet and Society, where she began her ongoing research and writing about the Chinese Internet. 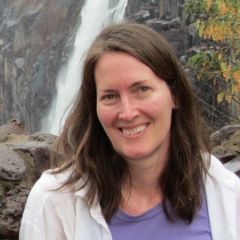 Mary Kay Magistad directs the audio journalism program at UC Berkeley's Graduate School of Journalism, and hosts the “Whose Century Is It?” podcast, a Webby Award honoree about ideas, trends and twists shaping the 21st century. An East Asia correspondent for more than two decades, Mary Kay reported for NPR, The Washington Post and The Boston Globe from Southeast Asia, before opening NPR's first Beijing bureau in 1996, and reporting throughout China during the late '90s. After Nieman and Radcliffe fellowships at Harvard, she returned to China for another decade as the award-winning East Asia correspondent for PRI/BBC's “The World,” focusing both on China's transformation within its borders and the global impact of its rise. Mary Kay has been a fellow at the Institute for the Future in Palo Alto, and a judge for the Overseas Press Club awards. 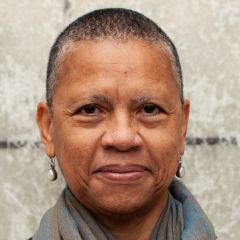 Akwe Amosu’s career has spanned journalism, advocacy, and philanthropy. Currently the Program Director at The Symposium on Strength and Solidarity for Human Rights, Akwe served previously at the Chief Integration Officer at the Open Society Foundations (OSF), after earlier stints as the Regional Director for Africa and Director for Africa Advocacy. Akwe began her career in African journalism, moving to the Financial Times, and later to the BBC World Service, where she produced and hosted live news and current affairs programmes for an Africa-wide audience of 18 million. She left the BBC to join the team building the allAfrica.com news site, and later served as head of communications at the UN Economic Commission for Africa in Addis Ababa before joining OSF Washington, DC. She served previously on the Global Voices board from 2008-2012.

Nani Jansen Reventlow is the founding Director of the Digital Freedom Fund, which supports partners in Europe to advance digital rights through strategic litigation. She is a recognised international lawyer and expert in human rights litigation responsible for standard-setting freedom of expression cases across several national and international jurisdictions. Nani is a Lecturer in Law at Columbia Law School and Adjunct Professor at Oxford University's Blavatnik School of Government. Nani tweets @InterwebzNani. 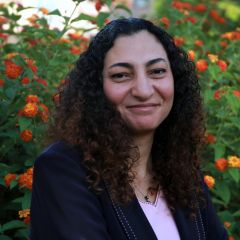 Dr. Rasha Abdulla (Ph.D. Communication, University of Miami) is Professor of Journalism and Mass Communication at The American University in Cairo. She is a former member of the United Nations Multistakeholder Advisory Group of the Internet Governance Forum (IGF MAG). She is the author of eight books and monographs, including “The Internet in the Arab World: Egypt and Beyond,” as well as numerous research articles, reports, and book chapters. Her research on social media and political activism leading to and during Egypt's revolution won several research awards, including the AUC Excellence in Research Award. Dr. Abdulla has taught or guest lectured at several universities in Europe and the United States. Her research interests include social media and mobilization, media diversity, freedom of expression, and content moderation. Dr. Abdulla is an international consultant and is featured regularly in local and international media. She tweets at @RashaAbdulla.

Qurratulain Zaman is a journalist who has worked with one of Pakistan's daily “Daily Times” and Germany's international broadcaster “Deutsche Welle.” One of her recent projects is to launch a virtual- newsroom for citizen journalists in Pakistan under the umbrella of PakVotes. PV brought social media platforms together with a network of reporters to track violence during Pakistan's 2013 elections. She is remotely managing PakVoices, which is a digital community media project for local transparency in governance in Southern Punjab and Makran Coast. She splits her time between London, Bonn & Islamabad. She tweets at @natrani.

Arzu Geybullayeva is Azerbaijani columnist and writer, with special focus in digital authoritarianism and its implications on human rights and press freedom in Azerbaijan. Arzu has written for Al Jazeera, Eurasianet, Foreign Policy Democracy Lab, CODA, Open Democracy, Radio Free Europe, and CNN International. She is a regular contributor at IWPR, Osservatorio Balcani e Caucaso and Global Voices. In 2019, Arzu launched Azerbaijan Internet Watch, a platform that documents, and monitors information controls in Azerbaijan. Arzu has contributed to GV since May 2010.

Mohamed ElGohary describes himself as “a GVer wearing several hats, interested in community management in a multicultural environment, technology, digital security, and anything related to translation.” Based in Cairo, he trained as a biomedical engineer and worked in the telecommunications field for a few years, then switched careers to the social media industry. He joined GV as an Arabic translator in July 2009 and was the Lingua Manager till the end of 2021, where he joined IFEX as a Network Engagement Specialist, as well as being one of the Translation Managers in Arabic Lingua. Gohary served on the GV board from 2015 to 2017. Follow him on Twitter!

Also in Our People