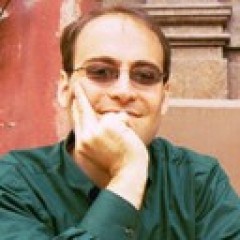 Andy Carvin is coordinator of the Digital Divide Network, an online community of more than 8,500 activists, policymakers, business leaders and researchers in more than 135 countries working to find solutions to the digital divide.

Andy is the author of the pioneering online education resource EdWeb: Exploring Technology and School Reform, launched in 1994. Named by NetGuide magazine as “One of the Top 50 Places to Go Online,” EdWeb was one of the first websites to advocate the use of the World Wide Web in education. Andy is the founder and moderator of WWWEDU, the Internet's oldest and largest email forum on the role of the Web in education, and DIGITALDIVIDE, the Internet's premiere discussion group for examining digital divide issues. He also served as creator and moderator of SEPT11INFO, one of the most successful online communities created in the hours following terrorist attacks on New York and Washington. Andy has been featured in numerous publications, including the New York Times, Harvard Educational Review, Education Week, Washington Post, Rolling Stone, Village Voice, Wired, San Jose Mercury News, The Industry Standard and the second edition of The Internet Unleashed, published by Sams/MacMillan.

In December 2001, Andy was named by District Administration magazine as one of America's top 25 edtech advocates. Andy received similar honors from eSchoolNews in 1999 when they named him a member of its Impact 30 list of edtech leaders. He is a former member of the board of the Consortium for School Networking (CoSN), which advocates policies advancing the role of information technology in schools. From 1999 to 2001, he served on the Board of Directors for the Asia/Pacific Center for Justice and Peace, a consortium of NGOs that promotes democracy, freedom of speech and freedom of religion across Asia.

Andy holds a bachelor of science in rhetoric and a master of arts in telecommunications policy from Northwestern University, where he received the prestigious Annenberg/Washington graduate fellowship. While living in Illinois, he was co-founder and editor-in-chief of the Chicago-area arts weekly, Art+Performance. Andy has traveled extensively around the world and has written about his adventures in popular online travelogues. In January 1999, Andy premiered From Sideshow to Genocide: Stories of the Cambodian Holocaust, a virtual history of the Khmer Rouge regime and collection of survivor accounts. More recently, Andy has been reporting on his travels through stories, podcasts and video on his popular blog, Andy Carvin's Waste of Bandwidth.

The Indian Ocean island nation of Mauritius is a veritable paradise, but is going through hard times due to an outbreak of the mosquito-borne illness, chikungunya. Since the disease has...

Eight-minute video documentary of the prototype of Nicholas Negroponte's $100 laptop, which premiered yesterday at the WSIS summit in Tunis. Andy Carvin talks with the chief technology officer of the...

Video documentary of my July 2005 visit to the Liberian refugee camp in Buduburam, Ghana. I learn about the challenges faced by Liberians forced to flee their homeland, as well...

Video: Scenes from a Bangladeshi Telecentre

Video montage of a telecentre based at a girls school in Comilla, Bangladesh. The telecentre is run by Relief International's Schools Online program, which coordinates 20 telecentres across the country.

Tomorrow, Friday September 2, is International Blogging for Disaster Relief Day. Why? Because it needs to be done. If you have a blog, here's what you can do. Sometime tomorrow,...

Video of a Cambodian dance troupe performing a blessing dance at the opening of the Lowell Water Festival, one of the largest Southeast Asian festivals in the US, organized jointly...

USA: Should Public Libraries be English-Only?

Launch of the Mobcasting Developers Forum

Because of the positive feedback I've received around the creation of a low-cost, open source strategy for recording and receiving podcasts over mobile phones, I've set up a new email...

Trinidad & Tobago: Another Bombing, Evidence All Washed Up

Taran Rampersad reports on the second bombing this summer in Trinidad & Tobago, neither of which has generally received much attention in the international press. Speculation so far has been...

Last night, I put together a short video about traditional kente weaving in Ghana's Ashanti region. Kente, perhaps the most famous West African textile, is brightly colored, coming in a...

Mauritanian blogger Rauf writes about the apparent coup that has taken place in Mauritania. A rough, machine-assisted translation of what's been posted to his blog: Shootings with heavy weapon were...

A few days ago at the video blogging/podcasting workshop I conducted near the University of Ghana, I was interviewed by a journalist from Radio Ghana. I checked out various news...

How to Make a Three-Hour Drive a Seven-Hour Nightmare

Yesterday afternoon, a group of us began the drive back to Accra from Patriensa. As you'll see in a future blog entry, our car broke down and we spent hours...

Video montage of a walk through one of the largest open-air markets in Africa. Shot and edited on July 23, 2005. Music by Ghanaian drummer Obo Addy, from his album...

My latest podcast from Ghana explaining why I've been offline since Friday afternoon. Music by Ghanaian drummer Obo Addy, from his album Afieye Okropong, used with permission from Alula Records....

Here's an extended podcast updating my whereabouts in Ghana. Special thanks to Alula Records for allowing me to use music from Ghanaian musician Obo Addy. I'll be featuring Obo's work...