'Corruption...reduces the competitiveness of a country' 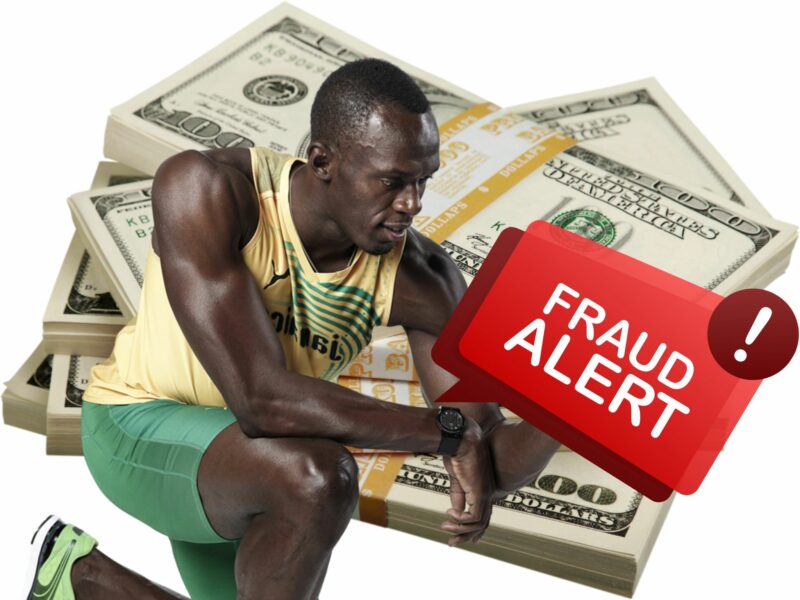 The news was shocking, and the shockwaves continue to rock the Jamaican public and media landscape. On January 13, reports that Jamaican superstar sprinter Usain Bolt may have lost an investment of over USD 12 million as a result of major fraud at a Kingston-based securities house hit the headlines. News outlets reported that Bolt’s nest egg was intended for his retirement and for his parents, and his lawyer confirmed that the Olympic champion’s account now reflects a balance of only USD 12,000. Bolt is threatening to sue.

Given Bolt's international fame, the global interest in the story is understandable, and the attention may also prove useful to some 40 other investors who also stand to lose their life savings. The group includes older citizens, members of the Jamaican diaspora, and even a childhood friend of the alleged perpetrator of the fraud, Jean-Ann Panton, a former wealth advisor at Stocks and Securities Limited (SSL).

On January 10, SSL reported the estimated JMD 3 billion (approximately USD 19,600,000) fraud to the Financial Services Commission (FSC), the government regulator. The report was filed after Panton made a statement, dated January 7, and witnessed by a justice of the peace, detailing the names of the defrauded investors and the amounts of US and local currency that had been taken from them. Bolt’s name did not appear in the statement, which was leaked and widely shared on some social media platforms.

SSL was placed under enhanced oversight on January 12, and a temporary manager installed on January 17. The company has since removed images of its directors from its website, and none of its principals have spoken in public.

Panton has not yet been arrested and is reportedly cooperating with investigators from the Financial Investigations Division and the police Fraud Squad, which searched two properties connected to Panton on January 20. Members of the media were kept at a distance, even as neighbours complained about their presence. Meanwhile, video footage of the search—featuring the suspect—was shared and discussed on social media platforms.

The fact that of Usain Bolt is one of its victims has made this fraud scandal personal for many Jamaicans. Bolt is loved and respected both in his homeland and by Jamaicans overseas. As U.S.-based Jamaican academic and philanthropist Anne C. Bailey pointed out, Bolt loves his country, and chose to maintain close ties with Jamaica through his investments, when he could have gone elsewhere:

We know fraud takes place all over the world, but we have to have a sense of accountability for our part of the world – Jamaica – a small island whose influence is historically greater than its size. Part of this influence is Usain Bolt who, from humble beginnings and sheer hard work and sacrifice, rose to the top […] we would do better to return to the CORE VALUES of our grandparents and great-grandparents. They had much much less, yet they NEVER stooped so low.

Chasing money and things at all costs, we have let them down. And we have let ourselves down. What are our limits? When do we say enough is enough?

I am hoping this horrible situation with Bolt and the others who lost their money will help us find the road back to […] core values of honesty, integrity, and patriotism that Bolt so vividly represents and that we desperately need right now.

Meanwhile, Jean Lowrie-Chin, founder and executive chair of local non-profit Caribbean Community of Retired Persons (CCRP), noted a growing concern over elder fraud and said that the organisation is working with the Jamaica Banker's Association (JBA) to identify ways to protect older Jamaicans.

Questions and concerns about SSL and the extent of the losses sustained by Bolt and others continue to circulate, with high levels of speculation on messaging apps and social media. Attention has also turned to the role played by the government’s regulatory agency, the FSC. Its executive director, Everton McFarlane, held a press briefing on January 18 that was so poorly handled that most viewers felt it made the situation worse. Bombarded with questions about when the FSC had noticed “red flags” regarding SSL's activities, and how the agency had dealt with issues that had reportedly emerged as far back as 2017, the FSC head was evasive and said he was “constrained” in giving answers to some questions. The sound on the livestream, made available only on Facebook and Instagram, was almost inaudible, so instead of offering reassurances, the press briefing only served to heighten public anxiety.

The following day, Minister of Finance Nigel Clarke informed journalists that the FSC chief had resigned effective January 31 and would be departing on leave by January 20, adding:

‘We will be completely transparent on what has occurred’ – @NigelClarkeJa tells @djmillerJA on SSL fraud probe.

The minister has said he would make a policy statement on January 23, albeit not in parliament. He had earlier described the fraud as “evil,” and said it might be possible that the state could recover assets acquired with the stolen funds.

The opposition People’s National Party recommended an audit of the FSC and called on the Jamaican government to consider working with overseas experts, especially in the areas of forensic accounting and cybersecurity, as they continue their investigations.

While not commenting specifically on the case, the Jamaica Securities Dealers Association (JSDA) said it is “committed to a thorough investigation and full accountability for all perpetrators of fraud.” But as further details of the SSL fraud unfolded, despondent Jamaicans began to wonder who could be trusted.

Lotta ads on my SM timelines from financial institutions saying how safe money is if it's with them.. #uhhuh

Another person tweeted that:

Unless this whole situation is audited and investigated by :
Pamella Munroe Ellis and @Greg0706 , I will take the findings with a grain of salt. Friend and company can't investigate friend and company.
I only trust the above-mentioned 2 to pursue and present the truth.

Pamela Munroe Ellis is Jamaica's highly respected auditor general, and Greg Christie heads the country’s Integrity Commission, which took the opportunity to warn of the impact of corruption on foreign investors:

The impact of corruption upon foreign private investment is deleterious. Corruption is tantamount to an indirect tax that is levied on investors. It reduces the competitiveness of a country. Investors are averse to countries with insufficient safeguards against corruption. pic.twitter.com/WJvFgqYQcd

The circumstances of the tragedy that has befallen the Hon Usain Bolt have also seriously hurt Jamaica’s already damaged reputation as a world murder capital, the land of lotto scammers, and a country that is wrestling with the scourge of perceived corruption and organized crime.

A week after the news broke, Prime Minister Andrew Holness broke his silence on the matter, describing himself as “thoroughly disgusted and upset,” and expressing sympathy for the victims. He urged the public not to panic, assuring them that “no effort will be spared in uncovering the full extent of fraudulent activity and in bringing the perpetrators to justice.” To date, no additional suspects have been named.

Meanwhile, the man whose name broke the scandal tweeted some short, pithy comments. In one, he used the lyrics of a song:

His most recent tweet, which referred to the lack of response to his lawyer's letter, was just two words:

He—and other Jamaicans—are waiting to hear what happens next.