Women journalists are also at risk 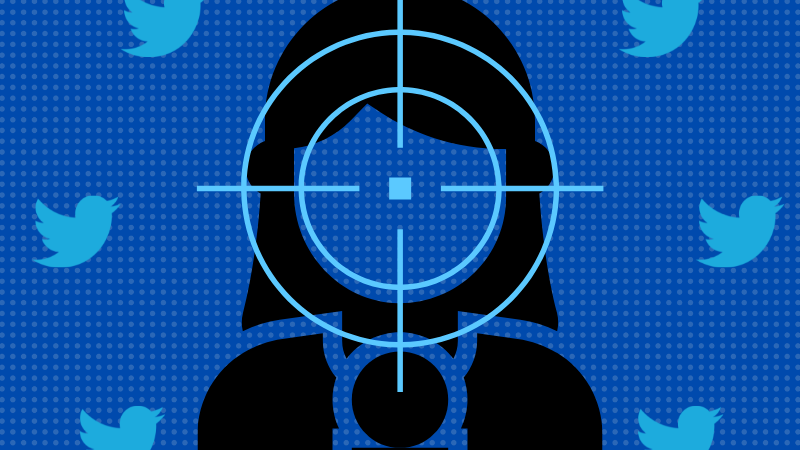 Nayib Bukele took power in 2019 on an anti-corruption campaign, but his presidency has attacked and discredited independent journalists who expose corruption in his government. He has been resistant to giving press conferences, and instead he uses social media, particularly Twitter, to communicate his decisions and issue orders. Bukele’s Twitter account had 4.6 million followers at the time of writing, which is a lot for a country of 6.5 million people. He also uses Twitter to harass journalists and criticise the work of independent media outlets by stigmatising them as “political activists.” He has blocked some citizens, activists, and journalists when he dislikes comments, memes, or questions about his government. In early 2022, reports revealed that at least 36 independent journalists were under surveillance with Pegasus software.

Bukele permanently attacks news media outlets such as El Faro, GatoEncerrado, Revista Factum, and La Prensa Gráfica, for publications that have revealed cases of public corruption during the COVID-19 pandemic, clandestine negotiations by his government with gang leaders to reduce homicides and gain political support, and the opacity around the decision to adopt Bitcoin as legal tender. According to a US State Department report cited by a Reuters Special Report, “Bukele’s government uses paid influencer and ‘likely bot farms’ to tweet pro-government messages ‘tens of thousands of times’ on a given topic while masking their origin to ‘create the appearance of authentic grassroots support.”

The president controls the executive and legislative branches of the state, and has removed the Attorney General and five magistrates of the Constitutional Chamber of the Supreme Court of Justice. Moreover, the new magistrates of the Supreme Court of Justice, appointed by his political party, approved his participation as a candidate in the 2024 presidential elections even though the Salvadoran Constitution explicitly prohibits reelection. Thus, Bukele is building a populist and authoritarian government that uses propaganda, disinformation campaigns, and online attacks against the press and civil society to consolidate political power and eventually win unconstitutional reelections in 2024.

Reporters Without Borders’ (RSF) latest report underlines El Salvador’s 30-position backward jump, which was “one of the steepest declines in the region.” RSF highlighted that Bukele has played a major role in the deterioration of the free press conditions, because of his constant attacks against independent journalists and promoting a narrative against the press in the country. The Committee to Protect Journalists (CPJ) tweeted on January 12, 2022: “Salvadoran President Nayib Bukele and other government officials have consistently used anti-press rhetoric to undermine trust in the media and regularly harass independent outlets, individual journalists, and others critical of his administration.”

One emblematic case of online harassment of a woman journalist was the story of Mariana Belloso, a Salvadoran journalist and radio host. In June 2019, Belloso used her Twitter account to comment on President Bukele’s plan to curtail criminal gangs. Bukele’s quoted her tweet, saying: “A half-told truth is worse than a thousand lies.” Then, he added in another tweet: “I am increasingly convinced that there are journalists who want our security plan to fail.” Bukele has repeatedly credited his security plan for a decrease in homicides, but investigative reporting has shown that he has negotiated with gangs to reduce murders, which he denies.

After Bukele’s tweets, Belloso received a surge of sexualized threats online and these cyber-attacks spread to Facebook and the comment section of Belloso’s columns at the daily La Prensa Gráfica. Belloso said in an interview that she became known as “the journalist who was attacked by the president and his trolls.” After this incident, Belloso recognized that some of her sources refused to talk to her, and she suspected she was being followed; she even contemplated leaving El Salvador. Belloso added, “[When] the president singles you out and puts you in a place for everyone to attack (…) there is no balance of power.”

Karen Fernández, a Salvadoran journalist with Focos TV, told CPJ in November 2019 that she also became a target after criticising the conditions for prisoners arrested under Bukele’s security plan. Her tweet was quote tweeted by Bukele without adequate context, and, after that, hundreds of Bukele’s followers responded threatening sexual violence and discrediting her work. Since this incident, Fernández said that her perception of risk has changed — she is more wary of threats against her and her family.

Other Salvadoran journalists interviewed by CPJ could not point to any research suggesting that Bukele controls Twitter accounts that threaten journalists, but that his anti-press narrative on the platform is evident. This official anti-press narrative establishes that all investigative journalistic publications are fake and politically motivated to affect Bukele’s image and reputation. Consequently, his message is that people should not pay attention to independent media outlets and only trust in the state-owned media channels and his official communications.

There are several claims about digital attacks and smear campaigns against journalists, particularly women journalists and women human rights defenders. More than 60 civil society organisations denounced the deterioration of human rights conditions in El Salvador and reported at least 370 digital attacks on social media between February to May 2021 perpetrated by public officials or Bukele’s close inner circle.

Edison Lanza, former special rapporteur for freedom of expression of the Inter-American Commission on Human Rights (IAHCR) argued that being publicly undermined by an elected official, as is the case with President Bukele’s tweets against journalists, could be very dangerous. Lanza said in an interview with CPJ that this situation is more critical “particularly in Latin America where violence against journalists and impunity are rampant.”

This environment of stigmatisation and hate speech campaigns, and misogynistic speech against women journalists can lead to physical violence targeting members of certain independent news media. Likewise, this anti-press narrative promoted by Bukele, other public officials, and Bukele’s supporters intends to silence and intimidate critical and independent journalism in El Salvador.