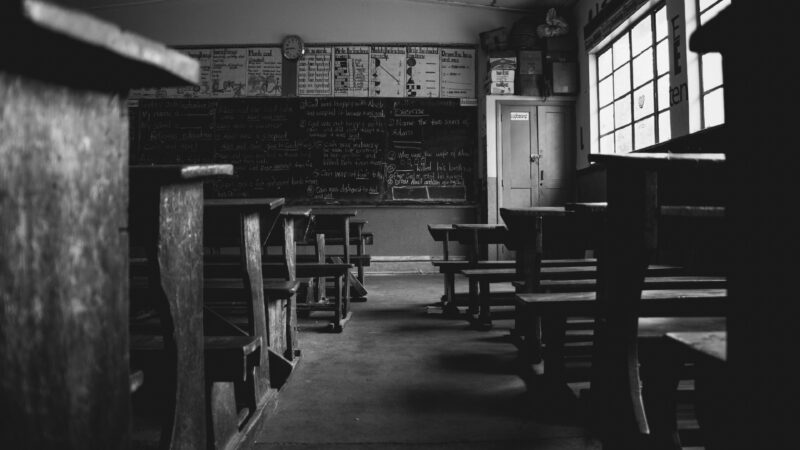 Image by Mwesigwa Joel. Free to use under Unsplash License.

Leyla Nadjafkuliyeva is a teacher at a provincial school in Imishli, Azerbaijan. Recently she has been reprimanded over a video she shared from the school complaining about the lack of toilet facilities at the school.

In the first video, Nadjafkuliyeva shared on Facebook, she told the story of a student who had wet his pants because he couldn't access a bathroom in time due to a facility shortage. She showed him standing by the stove in the classroom in an attempt to dry his soiled school uniform.

In the video, the teacher desperately called on the state educational bodies to address the lack of toilet facilities for pupils at their school, which was built in 1969. The teacher also asked for public help.

According to available statistics, there are 4,427 primary and secondary schools in Azerbaijan. Of these, 900 are in a state of emergency, either requiring significant renovation or full reconstruction. In an interview with Azadliq Radio, Azerbaijan Service for Radio Liberty, spokesperson for the State Committee for Urban Planning and Architecture, Ramiz Idrisoglu, explained that school buildings are expected to last about 50 years, with renovations or upgrades every ten years or so. Unfortunately, these renovations are often overlooked.

It is also not clear how much money is allocated from the state budget for school renovation and maintenance. This is the case for the 2023 state budget, which indicates that expenditures for education have increased by 14 percent from the previous year, reaching AZN 4.4 billion.

Some education experts, like Elchin Efendi, say there is sufficient funding allocated from the state budget for school renovation and construction, however, the issue is in the companies carrying out the work. In an interview with Azadliq Radio, Efendi said companies in charge of such works must use quality construction materials and be transparent over their spending. “If this was the case, we would stop hearing stories of schools breaking down after they have only recently been released for use,” said Efendi.

Executive Secretary for the Republican Alternative party and economist Natig Jafarli also considers the lack of transparency or oversight mechanism an issue. Jafarli told Azadliq Radio in an interview:

Lack of supervisory mechanism leaves decisions [for school construction/renovation] to government officials and their priorities. If someone has a personal interest in building a school then those projects do take place, but if not, then sometimes it may take years until someone pays attention.

Azadliq radio consistently covers issues of decrepit school buildings where often pupils and their families are left to their own devices. In some cases, the state intervenes and measures are taken to either build new schools or upgrade the facilities. The school where Nadjafkuliyeva is a teacher is among them. Following the teacher's pleas, the regional education department said the school's renovation is slated for 2023.

These statements have given Nadjafkuliyeva some hope, even though the school's condition has been dismal for many years.

Though there are some 500 students at the school, there are only two bathrooms, which are located outside of the school building. But it is not the school's only problem. Since its opening five decades ago, there has been no renovation work. There is also no central heating. Classrooms are heated with wooden stoves, which often do not work properly, according to students who spoke to Meydan TV. At least 130 schools were identified to have heating problems according to monitoring by Baku City Education Department in 2022.

In an interview with Meydan TV, Nadjafkuliyeva said she has been a teacher at this school for 16 years and tried raising the issue many times before, to no avail.

I don't know how much longer can I be calling parents, telling them to bring fresh clothes for their children when such accidents occur. My students often say the line is too long and they often get bullied by the older students and return to class complaining to the teacher.

Some residential settlements lack schools altogether, like the settlement Unuz, where the nearest school is 27 kilometers away. The majority of the children who live there have no formal education and can hardly read, write, or do basic maths. The regional education department has said that because families live on a territory that is officially marked as a national park, there cannot carry out any construction, according to reporting by Azadliq Radio. Elsewhere, the lack of local schools has prompted local residents to protest. Despite having some 250 children of school age, local residents of a settlement in the Garadagh district have to send their children to a nearby school, which is 2–3 kilometers away.

One solution for the lack of schools has been the introduction of modular educational institutions. Azerbaijan introduced these in 2016. But this has not solved the access issues. In an interview with Turan News Agency, the Ministry for Science and Education said that by the end of 2022, there were plans to build 61 new schools across the country, 30 of these modular. But even with the presence of modular schools, poor road infrastructure in some of the remote villages across the country makes getting to these schools difficult.

The situation is even harder for families living in remote villages and settlements in the country. According to one study published in 2018 by a local non-governmental organization, the Institute for Democratic Initiatives, due to lack of facilities, geographical proximity, and lack of trained, skilled professionals willing to travel far distances, “77 percent of children with disabilities are not engaged in inclusive education or any education at all.”

Numerous international pilot projects and national programs focusing on inclusive education in Azerbaijan have taken place since 2004 however, little tangible progress has been made. The authors of the 2018 report concluded.

A work plan approved by the Minister of Education, Emin Amrullayev, for 2022–2023 envisions inclusive education classrooms in several cities across the country. In February 2022, in an interview with Report.az, the representative of the UNICEF mission to Azerbaijan, Alex Heikens, said, “there's progress with inclusive education, but the numbers are still small. If you look back at 2016, when we started to get involved, four schools started offering inclusive education, last year, eight schools were added to that list, which is great progress. The challenge now is to really take it to scale in schools across the country.”

The Ministry of Science and Education has a long road ahead to improving the accessibility and quality of education in Azerbaijan. Despite high literacy rates, Azerbaijan's education is often cited as inadequate, outdated, and corrupt. Leyla Nadjafkuliyeva's plea to support her school is just one of many examples attesting to this grim reality. 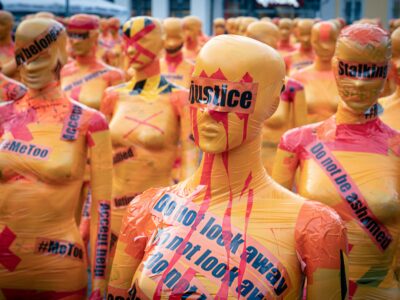