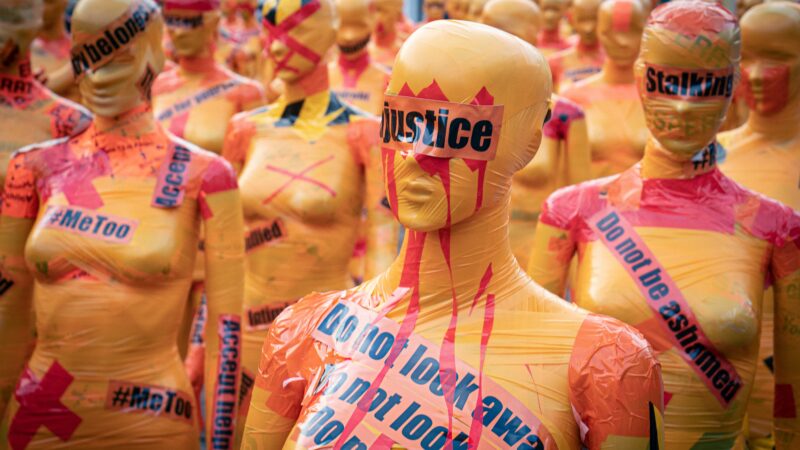 Image by Mika Baumeister. Free to use under Unsplash License.

One in seven women has experienced domestic violence in Georgia during their lifetime, according to a 2018 report by UN Women. While activists note the country is making progress fighting the problem, a deadly mix of cultural taboos and limited resources complicate the reform.  Most recently, the debate on domestic violence was reignited when a woman was gruesomely murdered by her husband in November 2022.

Tackling domestic abuse has been a challenge in part because traditionally, Georgian police see abuse as a family problem, not a legal matter. Baia Pataraia, a human rights lawyer who helped bring about the first legal reform that criminalized domestic violence in Georgia, notes that for the first two years, neither the police nor the courts were interested in investigating or prosecuting cases.

But that changed in 2014 when there was a spike in the number of women killed by their abusers. The murders sent a shock through the system. “It was kind of like a new wave of feminism,” Pataraia, the head of Sapari, a women’s organization, recalls.

“After that, we already were able to adopt different regulations and laws which were necessary for effective investigation and so far, we have quite well-developed legislation.”

As the manager of a shelter for abused women and their children in the capital, Tbilisi, Gvantsa Bakradze has seen the impact of Georgia’s evolving efforts to tackle domestic violence firsthand. Gvantsa manages the St. Barbara Mother and Child Care Center, one of several privately owned women's shelters in the country. “Even in terms of legislation, lots of things changed,” she notes, adding she is optimistic about the future because of the improvements which emphasized the importance of dealing with domestic violence — there is even a change in how the women who seek refuge view themselves and their situation.”

“I see that women are really strong. They come, deal with lots of problems and, in most cases, have success. They manage to build their lives. I don't think that this process will somehow be reversed,” Bakradze said. At the shelter, which is run by the Catholic charity Caritas, there is a sense of calm: stuffed animals dot the living room, the smell of home cooking drifts in from the kitchen, and women chat and take care of their babies together. They are safe for now.”Access to shelters is a major part of tackling domestic abuse: women victims of domestic violence are often financially dependent on their abusers and do not have the means to find new housing. The availability of the shelters varies in different regions of Georgia, however, as funding is not equally available.”

The Georgian state funds five shelters around the country. It also runs five crisis centers, where women can reside until they find another place to stay. In addition, a state-run emergency number exists to provide information and help to victims of violence. Georgia’s State Care Agency handles all these services, although Agency Director Meri Maghlaperidze notes that “gaps” still exist in the net of programs and assistance.  For instance, most women prefer to come to Tbilisi because there is a better chance of finding a job in the capital — and an income is critical to becoming financially independent from their abusers.

“The state currently offers women the chance to learn a new skill, such as cooking or cutting hair, through apprenticeships, which may allow them to enter a new profession. But these programs still fall short of the assistance they need. “They are more interested in immediate jobs, not learning, because they want to have the income as soon as possible,” Maghlaperidze says.

“But she thinks one of the biggest obstacles has already been overcome. “When we first adopted the law on domestic violence in 2006, people laughed because they thought it was only a family matter.”

Officially, statistics indicate that the number of people being prosecuted for domestic violence has been increasing. Guram Imnadze, the director of the democracy and justice program at the Social Justice Center, argues that the state’s approach is “fragmented and ineffective.” He notes that in 2020, of the 1,287 people who were convicted of domestic violence, just 379 were given jail time. Anna Arganashvili, a human rights lawyer in the NGO Partnership for Human Rights, says major issues remain in implementing the law, especially in prosecuting accused abusers. For instance, a recent high-profile domestic abuse case involving Georgian tennis star Nikoloz Basilashvili and his ex-wife Neka Dorokashvili devolved into a public shaming campaign against Dorokashvili.Basilashvili was acquitted by the Tbilisi City Court in October following a two-year trial. Arganashvili, who works at the organization that defended Dorokashvili, said:

The entire society thinks that he couldn't be a perpetrator because he's famous. We're receiving a lot of threats because, the ex-wife for them is a woman who shouldn't have claimed anything because he is a world champion, and you must be quiet and allow him to make Georgia famous.

… On the paper we're progressing, but in reality, I don't see much progress.

Over the years, Arganashvili has begun educating young people about domestic violence and their rights since “the mere existence of the laws is not a solution.” To date, she has developed a TV program for children to inform them about their rights and make the law understandable. She is convinced that if girls feel safe as women, it will result in change.

“We have achieved some progress, now we have better legislation, though implementation is still troublesome. The justice system is not gender-sensitive and victim-oriented,” she says, adding that society as a whole still favored abusers over victims and men over women. “Especially if a man has power and is famous it remains so hard for a woman to defend her own truth.”

In 2022, Georgia's prosecutor's office reported 16 cases of femicide for the first ten months. In a statement released on November 25, the International Day for the Elimination of Violence Against Women, the Public Defender’s Office of Georgia said, “regardless of legislative or institutional changes, violence against women and domestic violence in Georgia remains a significant challenge.” The same day, scores of women took to the streets to protest ongoing violence against women.