Some say money, some say politics 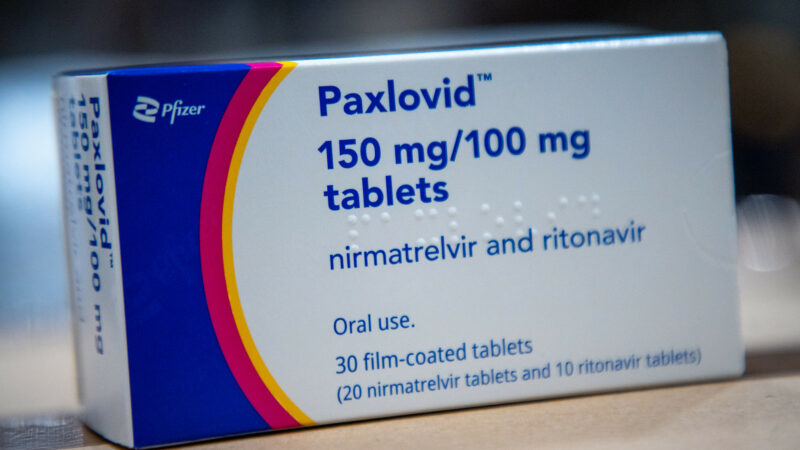 China decided not to include Paxlovid, an effective COVID-19 drug, in its list of medicines covered by basic medical insurance schemes last week on 9 January 2023. The move would effectively block millions of poor people from accessing Paxlovid after the temporary insurance arrangement expires at the end of March 2023.

The World Health Organization released a statement on April 22, 2022, strongly recommending healthcare providers use Paxlovid to treat patients infected with COVID-19. It called the antiviral drug a “life-saving” medicine and “the best therapeutic choice for high-risk patients to date.”

The Chinese authorities blamed Paxlovid manufacturer Pfizer over the drug’s expensive price tag, which is currently marked at RMB 1,890 yuan (approximately USD 280) per box. In the US, Pfizer sells Paxloviod for USD 530 and for USD 700 per box in Hong Kong and Taiwan. China has enjoyed a 70 percent discount set for middle to lower-income countries.

According to various media sources, Pfizer was willing to lower the price to about RMB 600 yuan (less than USD 100 dollars) during the negotiation process. Still, China wanted the price tag at about RMB 200 yuan (approximately USD 34 dollars), which is similar to the price of Paxlovid’s generic version sold in India and other poor countries. China is not classified as a poor country.

Instead of Paxlovid, China included a homegrown antiviral medicine Azvudine and a traditional Chinese medicine Qingfei Paidu Decoction in its medical insurance scheme for COVID-19 treatment. The efficiency of both medicines has not been proven as clinical data is lacking.

The wealthy and the middle class in China will still manage to get the antiviral drug. After the temporary insurance scheme expires in March, hospitals in big cities will still be able to issue Paxlovid to patients who can pay without insurance. In fact, currently, as the demand surges, the wealthy are paying as much as RMB 20,000 (approximately USD 3,000) for a box of Paxlovid for emergency use at home, and the generic version is sold at around RMB 2,000 via the black market. However, the poor — particularly those in less developed and rural regions — will not have access to the COVID-19 drug.

On Chinese social media, views are divided. After the medical insurance deal was scrapped, the propaganda lead blamed Pfizer for refusing to lower the price, as reflected in state-funded Global Times’ top commentator Hu Xijin’s tweet:

China’s talks to include Pfizer’s Paxlovid in insurance drug list has failed due to its high price. Its price in China has sparked public outcry. It is an act of taking advantage of others difficulties and it’s Pfizer’s moral responsibility to lower the price of exports to China

At the same time, many articles appeared online criticizing Pfizer for making huge profits out of vaccines and the Paxlovid business. There is also an abundance of unfounded conspiracy theories following these posts, including claims that the virus was artificially made in the US. Here is one typical claim in the comment thread of a widely circulated article that criticizes Pfizer's price tag:

The virus was developed surrounding Pfizer, that’s why it has made such a huge profit, and it could develop [the vaccine and drug] so quickly…

Apart from conspiracy theories, patriotic reactions expressing support for made-in-China and traditional Chinese medicines are frequently seen, such as this comment attached to another article questioning Pfizer:

I would rather believe in traditional Chinese medicines than Pfizer.

At the same time, many were angry at the delisting decision. A viral post circulating on WeChat criticizes the price narrative:

The news about medical insurance gave me a good laugh yesterday. It is like you can’t afford to buy beef and decide to buy a pile of cow dung.

The writer of the viral post also digs into the public records and shows how the country spent its medical insurance fund — most of it on its aggressive, unnecessary nationwide PCR test program:

The accumulated balance of the medical insurance fund in 2021 was RMB 3.6 trillion. The annual income was RMB 2.88 trillion, and expense was RMB 2.4 trillion, with a surplus of RMB 440 billion… Even if we paid US 500 per box of Paxlovid, the surplus would be more than enough to cover 1 billion boxes. In 2022, within the first ten months, the money spent on PCR tests was more than RMB 1.7 trillion.

Some were frustrated at the renewed rise of nationalistic conspiracy theories circulating on social media:

Some urged Pfizer to get out of China, saying China could not afford US drugs. They kept antagonizing the [US and China] relations. How could people with conscience say such things? How could they trash human life like this? For money? For the incentive that those people offered? This is a life-saving drug developed through vigorous research. You can’t come up with an effective drug, and hence you sabotage it with “hot-blooded” talks and advocate “involution” [internal economic circulation].  Human life is at stake here!

The policy logic of the Chinese Communist Party [CCP] is very simple. At the initial stage of the COVID-19 pandemic, the CCP wanted to support its vaccines and turn them into a pillar of the country’s economy. Regardless of who pays for the vaccines, the money was circulated internally, and it was a win-win situation [the country showed its strength, and the vaccine manufacturers got the profit and grew]; if Pfizer enters the Chinese market, regardless of whether it is covered by insurance or by the patient’s own pockets, the foreign company gets the profit, China loses face and the money.

In a mocking tone, Chen Xiaoping, a host from the US state-funded Voices of America, made some wild guesses regarding the medical insurance deal on Twitter:

Here are some of my wild guesses on the failed insurance deal between the Chinese government and Pfizer: 1. China really can’t afford to buy without the unreasonable price cut. 2. the country can blame the US for dying Chinese people [as Pfizer refused to cut the price]. 3. America cannot get credit for saving lives in China. 4. the country’s money should be channelled to Chinese companies. Which one is most likely?