Gaslighting was Merriam-Webster’s word of the year for 2022 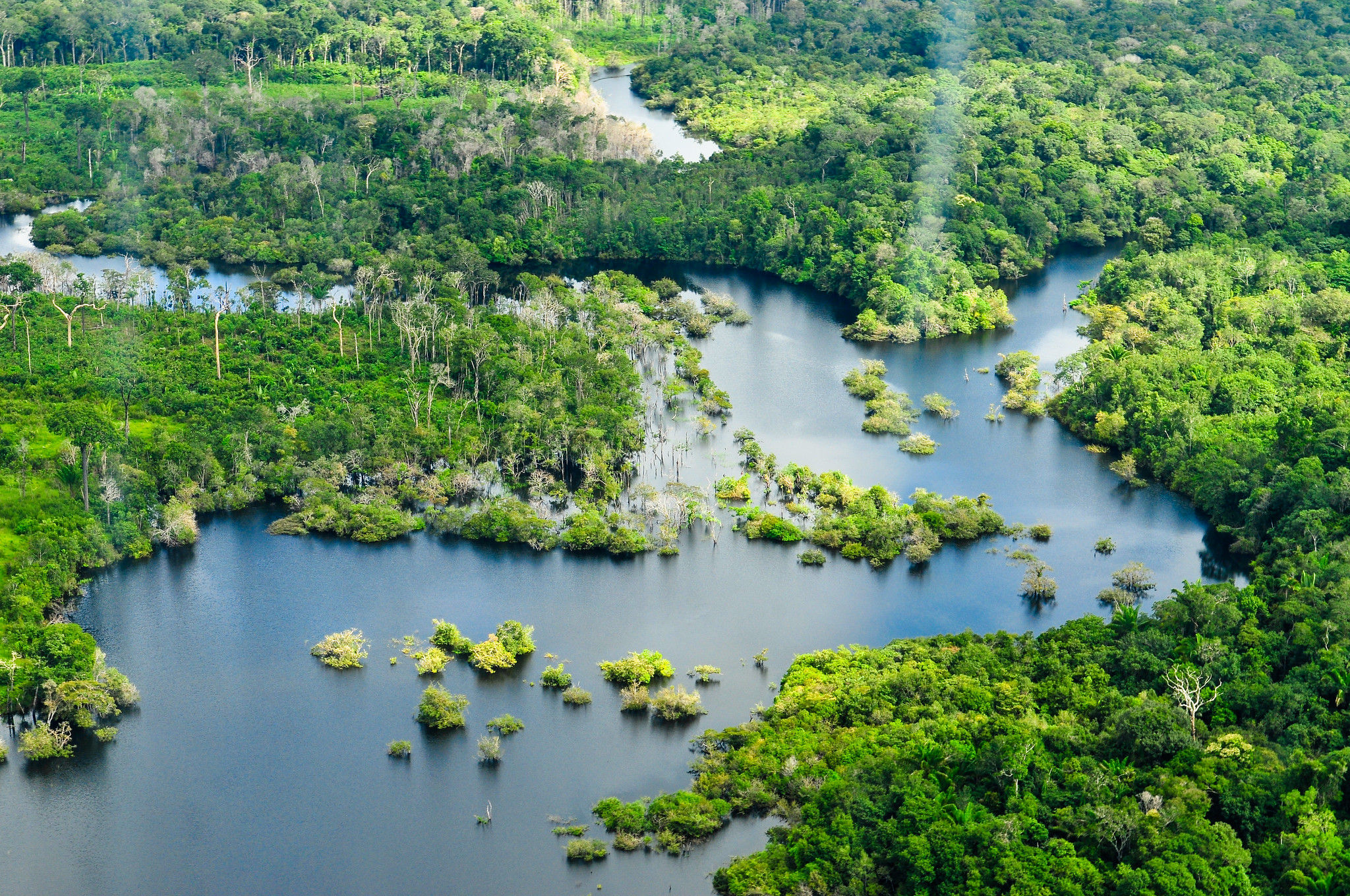 The term gaslighting — the psychological manipulation of a person usually over an extended period of time that causes the victim to question the validity of their own thoughts, perception of reality, or memories and typically leads to confusion, loss of confidence, and self-esteem — was Merriam-Webster’s word of the year for 2022.

As the dictionary publisher explained, unlike most years, the reason for selecting the term did not point to a single moment, but rather a pervasive phenomenon that plagued the global 2022 political landscape. The reason behind the 1,740 percent increase in searches for the word ‘gaslighting’ on the online dictionary’s platform over the course of the past year? Political trolling, deep state conspiracies, and fake news.

The political landscape of 2022 is therefore inextricably linked to the phenomenon of ‘political gaslighting,’ the erosion of the general public’s epistemic autonomy and self-trust for the sake of forwarding a particular political agenda.

Tactics employed by gaslighting politicians include lying, ad hominem attacks on critics, exaggerating successes and accomplishments, denying inconvenient facts and accusations, and blaming others for failures. This is particularly dangerous when it comes to policy discussions, where the objective is to pass and produce the best possible legislation for a nation’s citizens. South Africa, the United States, and Brazil are just a few examples of countries that reveal how gaslighting is used in politicians’ patterns of dialogue. 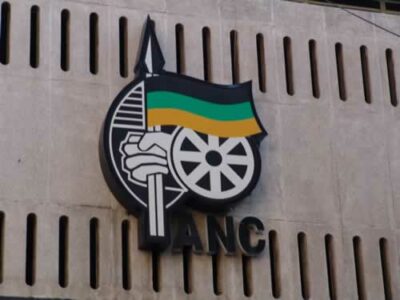 Political gaslighting in South Africa can be observed in the ruling party, the African National Congress (ANC)’s speech and engagement in the political debate around its proposed National Health Insurance (NHI) Bill. The bill, seeking to ensure universal access to quality healthcare, similar to the U.K.’s NHS system, is opposed by all but one opposition party on the grounds the legislation is rushed and risks triggering a complete collapse of the country’s already-overburdened healthcare system. As such, it has dominated South African headlines over the past year and recent months.

Despite resistance from the opposition, echoed by civil society, the bill, currently under consideration by the National Assembly, is being treated as a given by the ruling party. While the bill still needs to pass three of four stages to become legislation, the Department of Health already opened 44 specialist positions for an NHI pilot branch in November 2022. Four days later, the main opposition party, the Democratic Alliance (DA), announced its intention to pursue legal action were the NHI bill, dubbed “unlawful,” to pass.

Critiques from a total of four opposition parties, ranging from religious to radical socialist leanings, involve the bill breaching the bill of rights, infringing on provincial autonomy, and being financially infeasible. However, the ANC has responded to this constructive criticism by stating that their critics do not “care about the people,” making the debate about universal healthcare, rather than the specific bill. This is a manipulation of the facts. More than that, this is a clear ad hominem attack, focusing on the opposition’s character rather than their argument. Other ANC rhetoric has involved making the passing of the bill an extension of the ANC’s role in South Africa’s liberation from Apartheid, an exaggeration of accomplishments. In an attempt to escape accountability for the quality of this piece of legislation, further ANC statements have simply suggested that no bill is “100 percent.”

This behaviour is not unique to South Africa. In fact, the United States’ political landscape was so deeply associated with political gaslighting in the 2016-2020 period that the term ‘Trumpian gaslighting’ was coined, referencing the then-president.

Focusing on the impact of Trump’s gaslighting on COVID-19-related policy, the former president regularly spread false narratives – a tool commonly used by gaslighters to cause their victims to question their hold on reality. Specific examples include his claim that the pandemic was a hoax engineered by the Democratic Party in February 2020, his assertion that everybody had access to testing three months later, his declaration that COVID-19 would disappear in October 2020, and his claim that the death toll was exaggerated in January 2021, insinuating that the deaths were not real. Trump denied the realities of the pandemic, ultimately slowing down America’s COVID-19 legislation and regulation response.

Similarly, Trump is also guilty of using the gaslighting technique of exaggeration, specifically regarding how successful his administration's pandemic response was. An example is his claim that the Trump administration saved two million Americans from COVID-19. This has largely been found to be untrue, given that the figure is based on a laissez-faire, no mitigation model.  Again, perceptions of reality are brought into question, ultimately consolidating Trump’s power at the expense of quick pandemic intervention. In fact, the Lancet Study found that 40 percent of American COVID-19 deaths could have been prevented with better public policy.

Another example of political gaslighting impeding policy can be found in South America, specifically in the case of Brazilian former-president Jair Bolsonaro. Bolsonaro has been labelled the ‘Trump of the Tropics’ as a result of his use of similar gaslighting techniques to his American counterpart. Specific examples of gaslighting impeding public policy can be found in Bolsonaro’s reaction to the 2019 Amazon fires. The fires being linked to severe deforestation of the region – nicknamed the ‘lungs of the planet’ –, a number of foreign leaders had pledged support and involvement. Being a strong nationalist, Bolsonaro critiqued and rejected the efforts of neighbouring Chilean President Sebastián Piñera and French President Emmanuel Macron.

He went as far as stating that the deforestation data was false and ultimately rejected a USD 20 million aid package from the G7. Here, denying the simple fact that the Amazon was under threat and approaching a climate disaster directly prevented Brazil from enjoying financial aid intended to fund intervention in the disaster and execute climate policy. That being said, Bolsonaro did later accept USD 12 million in aid from Britain – a significantly smaller sum.

Bolsonaro’s narrative did not change in 2022 when deforestation of Brazil’s Amazon hit new high records: 4 000 square kilometres cleared in six months. Despite the administration encouraging loggers, ranchers, and land speculators, the Environment Ministry insisted that it had been “extremely forceful” in combating environmental crimes, a clear exaggeration of accomplishments and indicator of gaslighting. Another gaslighting indicator in this case study is the government’s use of disinformation strategies.

Meta reported removing 62 Facebook and Instagram pages and accounts responsible for posting fake information relating to deforestation in April 2022, some of which were linked to Brazilian military members. Targeting a domestic audience, the misinformation campaign led to a gaslighting effect on the Brazilian general public, making it difficult for citizens to hold the Bolsonaro administration accountable, and ultimately acting as a barrier to climate-conscious policies that could prevent the complete destruction of the Amazonian rainforest.

Not only is political gaslighting widespread, ranging from South Africa to the U.S., to Brazil, but it can also impede important public policy. Through deflecting criticism and failing to engage in political debate, politicians are not being truly held accountable by the general public. Ad hominem arguments, misinformation and disinformation, the manipulation of data, the exaggeration of accomplishments, and ego-bolstering all undermine efforts to question the decisions made by those in power. And so, important public policy is either overlooked or rushed through parliament and poorly legislated.