Czech presidential elections 2023: The rector, the oligarch and the general 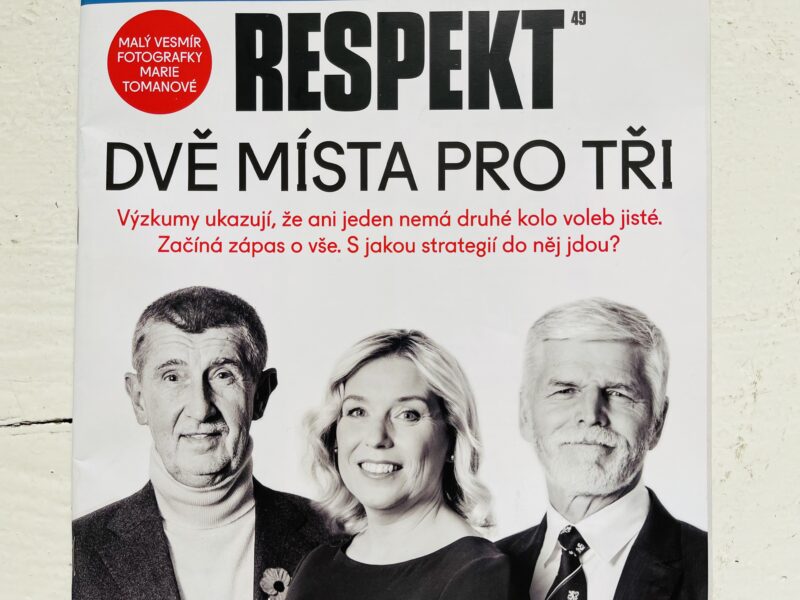 The Czech Republic will hold the first round of its presidential election on January 13 and 14, with three candidates leading in the polls. This will open a new era in Czech politics after a decade of the Miloš Zeman’s presidency that brought major scandals and profoundly divided Czech society.

Since 2012, the president has been elected directly by the people in two rounds with a two-week interval if no candidate secures over 50 percent of the votes in the first round. The two candidates with the highest votes in the first round are then allowed to run for the second round. The presidential term is for five years, and the same person cannot hold the function for more than two terms.

While there are eight official candidates for the January 2023 election, most observers and recent polls seem to indicate there are in fact three contestants with real chances, as they each gather between 25 to 29 percent of the polled support. All three are widely divergent in their views and values, which also shows how Czech voters remain divided over this election.

The rector, and only woman

Danuše Nerudová is the youngest among eight other, at 44— and the only woman. She is an economist, and mostly known for her work as rector of Mendele University in Brno, the second-largest city in the country, and the capital of Moravia. This is also the town where she was born and worked most of her life. During her term at Mendele University, the institution was caught in a series of scandals involving plagiarism and as result lost some of its accreditation. Nerudová has denied any responsibility for wrongdoing.

Until mid 2020 Nerudová was  an unknown figure on the political scene, but many experts point at her rapidly growing popularity in the past 5 months, perhaps also thanks to her successful use of social media, mostly Instagram, where her official account indicates 160,000 followers, a significant number in a country of 10 million people.

According to this analysis on the Seznam Zprávy online portal, her popularity is mostly due to her gender, in a country that never had a woman president or prime minister:

Her advantage was that there was a sort of demand within Czech society for a candidate of her type — a younger woman who has held public office before… Thanks to this unique position as the only woman, Nerudová's popularity grew organically for a time. In the initial phase of the campaign, a certain similarity with Slovak President Zuzana Čaputová and a certain “envy” of the Czechs, who compared Čaputová with Miloš Zeman, also helped.

Politically, Nerudová stands for liberal democracy and claims that, if elected, she would promote what she calls stakeholder capitalism, as she explained in an interview to the portal Expats.cz:

I think Europe will head in the direction of what’s called ‘stakeholder capitalism.’ That means company decisions will not be driven only by maximizing profits, but also by questions of sustainability and global politics. That’s one of my priorities — to have higher social cohesion because, at the moment, it’s very low. We need to find a social model which will guarantee that the one-third of households that are currently in, or at risk of, poverty are helped and included.

Andrej Babiš is a household name in Czech politics: the 68-year-old candidate is a former finance minister, and later prime minister (2017–2021), known for numerous scandals, including lawsuits accusing him of embezzling funds from the European Union, and a close ally of current president Miloš Zeman. Born in Slovakia to a Slovak family, he is known for having willingly collaborated with the secret services of then Czechoslovakia. He built a large business empire in the early 1990s during the post-Communist transition period, and amassed a large fortune. He launched his own party in 2012, ANO (Akce nespokojených občanů, Czech for “action by dissatisfied citizens,” that also sounds like the word “ano,” which means yes in Czech) which can be described as populist. And, even though he lost the October 2021 parliamentary election, his party remains the leading force in parliament, with 72 out of 200 seats.

Indeed Babiš presents himself as the voice of the middle and lower-income class, and spent most of his campaign in a camping car in villages and small towns, meeting local residents and showing how he is determined to “jezdit za lidma,” or travel to meet people — ordinary people who struggle economically, unlike those who live in Prague which concentrates over 10 percent of the population and the highest salaries. One of the key slogans of the campaign is “Za Babiše bylo líp” or “Things were better under Babiš,” which was recycled by many of his opponents to show that economic facts do not agree with this simplistic statement.

Here is an ANO channel YouTube video showing his camping car journey in rural and small-town Czech Republic and how he mingles with local residents:

At the same time, Babiš plays up his image of a successful businessman who rubs shoulders with business celebrities, as he posted on his twitter account, which has over half a million followers:

With Bernard Arnault, the richest man on earth. His companies that include Louis Vuitton, Dior, Givenchy, Fendi, Moët & Chandon and others, he employs 200,000 people, mostly in France.

Petr Pavel is retired general of the Czech Army, and the 61-year-old candidate is mostly known for his long career in NATO, where he chaired its Military Committee from 2015 to 2018. One his biggest mistakes — as he himself admits, and for which he apologized publicly — was that just before the end of communism in 1989, he joined the Communist Party and was for some time part of the military secret services of then Czechoslovakia. In his campaigns and speeches, he highlights his skills and experience as a NATO high-official (who also saved 55 French soldiers in 1993 in Bosnia as part of a United Nations operation) and a seasoned diplomat who can guarantee the security of the Czech Republic.

His political program is aligned with liberal democracy but on the conservative side, as this Politico article details:

[His] campaign prioritizes decency in public life, pledges to “restore order and peace to Czechia,” and emphasizes the importance of “following the rules” […] This approach extends to harshly enforcing a migration regime that may conflict with international legal obligations, as Pavel’s Czech Republic would only welcome refugees from “culturally similar countries,” like Ukraine. […] Pavel’s approach focuses on using the presidency to help small- and medium-sized enterprises — whose owners have often been part of the Babiš constituency — win new business abroad and on supporting tax increases to deal with budget shortfalls.

All candidates for the election have focused on a number of key issues that are the center of public debates in the Czech Republic. One of the dominating ones is the consequence of Russia's invasion of Ukraine, the flow of Ukrainian refugees (the country has welcomed over 400,000 people), and the possible security threats for the Czech Republic, a country with a significant amount of Russian investment and Russian population.

Linked to this question is, as everywhere else in Europe, the rising price of energy that has significantly impacted middle and lower classes, particularly outside of Prague where salaries are much lower.

All candidates have made promises to tackle those issues as priorities, but it is up to Czech voters to decide who they best trust to deliver on those questions.