'Why are people acting like there weren’t always events on Carnival Friday?' 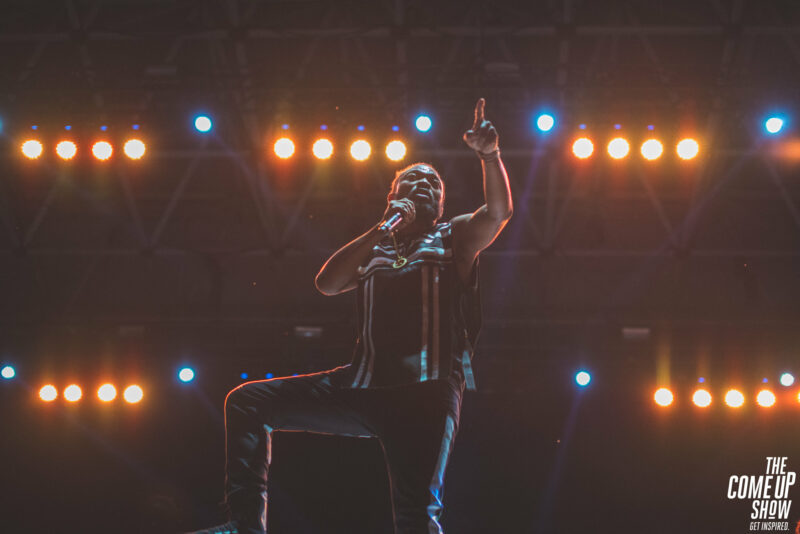 With the first in-person Carnival celebrations since 2020 set to take place in Trinidad and Tobago on February 20 and 21, Carnival enthusiasts have already been participating in many of the fêtes, concerts and other associated events in the lead-up to the two-day street parade.

Soca music star Machel Montano is always a big draw, and this year, after having said that the 2020 instalment of his annual concert (known as “Machel Monday” as it takes place on the Monday before Carnival) would be his last, recently announced that he will be performing at an event called “Machel 40,” at which he will celebrate his four decades as a soca artist.

The revelation was met with great excitement, given that Montano's live performances are always vibrant and energetic, putting the audience into the Carnival spirit. However, the soca icon has been getting a bit of criticism for the timing of his show, which is carded to take place on Carnival Friday, February 17, a date that clashes with the International Soca Monarch (ISM) event:

The inaugural International Soca Monarch competition was held in 1993, with the goal of creating “an environment where soca music could be exhibited on an international stage while simultaneously being enjoyed by fans of the genre.” Some of each Carnival season's most popular performers face off for the title and its accompanying prize money, which at its height in 2009 was TTD 1 million (just under USSD 150,000). The show has always been held on the Friday before Carnival, dubbed “Fantastic Friday.”

Back in 2021, journalist Laura Dowrich-Phillips noted, “Though the competition is at a phase where it needs to transition or die, it has enjoyed pride of place over the last few decades as one of the premiere shows in the festival.”

Some Carnival enthusiasts, however, have been suggesting that the ISM will be the loser if it has to compete with heavyweight Montano for the same pool of patrons:

Others seemed confused that both events were happening on the same day:

I see Machel performing on Fantastic Friday. 🤨 Is there no Soca Monarch 2023 or is in a different location?

On Twitter, Dowrich-Phillips was not convinced that ISM had the wherewithal to make a comeback, having not been staged for the last few years:

Soca Monarch dead for sure if they was studying to bring it back. MM taking over Fantastic Friday 2023.

Why are people acting like there weren’t always events on Carnival Friday and that Soca Monarch crowds dwindled drastically after MM and the big guns stopped participating? Allyuh jokey yes.

The International Soca Monarch began as a revenue earner, the brainchild of Carnival promoter William Munroe. Around 2011, the show began to attract state support, perhaps hinged around its cultural aspect, but its concept remained rooted in competition.

Meanwhile everything that not commercial gets lectured on market forces and competition. The question of competition is only relevant for those who deserve or have earned the right to make money in a way agreed upon by you. Cool, cool.

In the end, Facebook user Andy A. Neils suggested it came down to personal choice:

The normal excitement on this day is expected to be doubled as two major events are scheduled to happen on Fantastic Friday. Of course there is room for the both events to happen on the same day, but the partygoers would be forced make a choice…

I hope Soca Monarch 2023 actually comes off.
I wish Machel all the success with his carnival event.

He also agreed with the perspective of Simon Baptiste, a former creative director of ISM, who told the Trinidad and Tobago Newsday that the competition was a vehicle for launching new soca artists and helping them gain a following:

It empowered some, and motivated others, giving creators bragging rights to announce proudly to fans all over the Carnival landscape.

Over the years, many major soca artists, both Trinbagonian and from other Caribbean territories, won the ISM competition, including Montano himself. At the same time, Baptiste acknowledged that the competition and commercialisation aspects of the event did both harm and good:

Poor management, marketing and a lack of commitment by the public and private sector, no doubt hurt its chances to survive, but my belief is that with the right visionaries at the helm — ones without agenda or a desire for a hefty return — Soca Monarch could re-establish itself on the forefront […]

Whether it will remains to be seen on Fantastic Friday 2023.