The film's inspiration comes from the local political turmoil 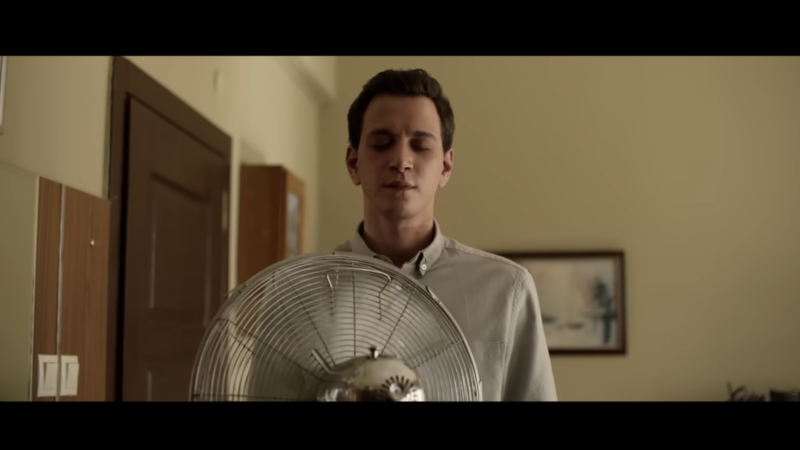 Screenshot taken from the film preview video shared on YouTube.

“Kurak Günler” (Burning Days) is a Turkish film that premiered in May 2022 in the section Un Certain Regard at the 75th Cannes Film Festival. Since then, the film has collected a number of awards at various film festivals and won stellar reviews internationally, but at home, it's been subject to heavy criticism. Most recently, in December 2022, the Ministry of Culture demanded producers return the funding they received to create the film two years ago.

The film takes viewers on a journey with a young prosecutor, Emre (Selahattin Paşalı), who has been newly posted in the remote town of Yanıklar in Anatolia. The audience quickly gleans that the town is marred by corruption, nepotism, and other shady power dynamics ahead of local election for the mayoral seat. This small provincial town also suffers from severe water shortage (hence the name of the film) and giant sinkholes caused by the excessive use of groundwater for agricultural purposes which the local officials, such as the town's mayor, refuse to address. The film explores topics of social amnesia, denial, the climate crisis, and problems caused by short-signed infrastructural projects that lack long-term, environmentally sustainable solutions.

As the film proceeds, young prosecutor Emre also finds himself in the midst of a rape case, but because he is drugged the night of the incident, his memory is hazy. Despite it all, and his own potential involvement in the act, the prosecutor does not stop the investigation into the rape case. 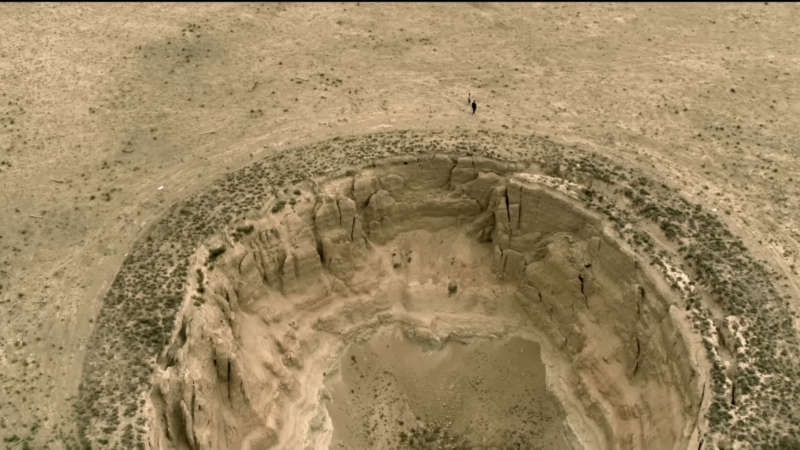 A screenshot taken from the film preview video shared on YouTube.

According to author and scriptwriter Zehra Çelenk, sinkholes have become somewhat notorious in Turkish cinematography in recent years as a metaphor for the country. “It is not a coincidence that we see sinkholes more often. They are very useful as a country metaphor. Because we are way past holes and pits, we are living in the time of sinkholes,” wrote Çelenk in her review of Kurak Günler.

The film starts and ends with a sinkhole.

In an interview with one outlet, the film's director, Emin Alper, said the use of sinkholes in the film was perfect for the story he was trying to tell. “Just like in the Enemy of the People by [Henrik] Ibsen,  I was looking for a case that served the short-term interests of the people but was devastating to nature and people in the long run. Sinkholes were very relevant to this,” explained Alper.

Alper said the script for Kurak Günler was very much political from the start, unlike his previous films, and was motivated by the recent political turmoil in Turkey. “At the root of this motivation was the feeling of loneliness stemming from the political climate we have been living in, in recent years, the heavy atmosphere of the system that has engulfed us, the disappointments we have experienced one after another, and the damage they have left on us,” explained Alper.

Ever since Kurak Günler premiered at the Cannes Film Festival, it has been subject to an intense criticism campaign by pro-government entities. One of the reasons was a subtle reference to a homoerotic relationship between the potentially-closeted prosecutor Emre and a local journalist Murat (Ekin Koç). While there are no explicit sex scenes between both characters, the film includes some obvious sexual and romantic tension between them. Alper's decision to add this plot twist was driven by growing homophobia in Turkey and how the topic has been politicized in recent years. 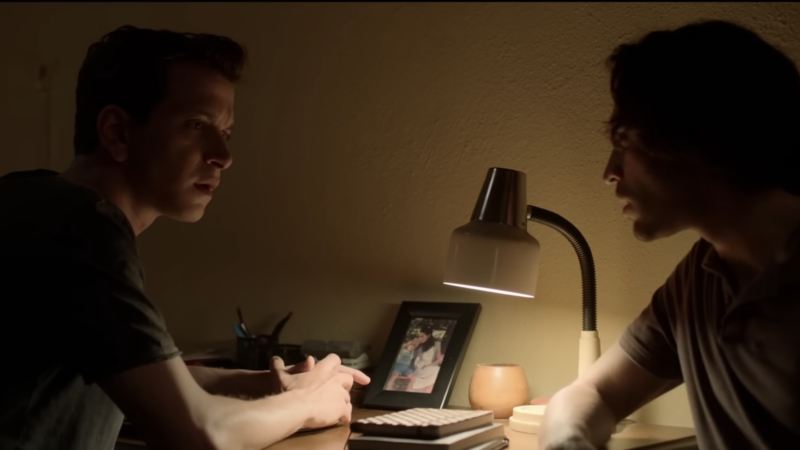 Screenshot taken from the film preview video shared on YouTube.

This homophobia is exemplified when the two main characters are faced with threats from the town's residents. They are insistent on re-electing the local mayor even though he has been abusing the water shortage problem to stay in power, and instead, the townspeople turn on the prosecutor and the journalist. In an interview with the film's director, Alper speaks to how misdirected anger and memory apply in real Turkey, referring to some of the high-profile court cases as well as the deteriorating political situation in the country. “Especially since 2016, after the failed coup, Turkey entered a period in which lawlessness has been standardized. For me, it was reflecting this reality as well as people forgetting about all the harms inflicted by one group or an entity ahead of election,” explained Alper.

The bout of negative coverage did not surprise the film's team. Art industries in Turkey have been increasingly politicized in recent years, and so Alper and the team were aware of the potential backlash. As such, the team kept the Ministry of Culture informed at all times of changes in the script, knowing that the Ministry could withdraw its funding at any point. “We followed official procedures to a T,” explained Alper in one interview. The work on the film's script began in 2018 and finished in 2021. The Ministry received detailed updates of all changes, including bullet-by-bullet explanations on why these changes were made and why they were necessary.

And yet, that did not stop the Ministry's General Directorate for Cinema from demanding the return of allocated funds, with interest. According to Alper, the Ministry did not specify why exactly it was demanding the funds back, only that the changes made to the script were deemed inappropriate. Alper was informed of this decision 20 months after the final script was submitted for review — when the film had already begun receiving international accolades.

Alper believes that the reason for the sudden change of heart had to do with the smear campaign that started shortly after the film premiered at the Cannes for its “homosexual” themes. But the film's director also said the backlash may have been triggered as a result of a speech he delivered while receiving an award at a film festival in Turkey. During his speech, the film's director expressed support for jailed Çiğdem Mater, the film's co-producer, as well as other prisoners of Gezi Protests, including philanthropist Osman Kavala and spoke in solidarity with students and academics at Bogazici University, who have been demanding the removal of a government-appointed rector since 2021.

Kurak Günler is not the first film to fall victim to government-imposed censorship. Journalist Jennifer Hatham wrote about the history of films in Turkey “censored or banned” by the country's state institutions.

In 2017, in an interview with Al-Monitor, co-Director of the short film “The Last Schnitzel“, Ismet Kurtulus, spoke to the opaque process of state institutions’ decision-making when his short film was prevented from debuting at the !f Istanbul Independent Films Festival after the films’ directors were denied a license from the Istanbul Copyright and Cinema Directorate at the Ministry of Culture. Just days prior to the festival and the scheduled screening, the agency asked to remove certain scenes, which the film's directors refused to do. Since all films require to obtain a license to be eligible for film screenings in Turkey, “The Last Schnitzel” did not make the cut.

Unlike “The Last Schnitzel,” “Kurak Günler” was screened across the country, generating support from the film industry and fans alike. Meanwhile, the state response to the film has become yet another brazen example of just how intolerant the ruling government has become to alternative voices, art, and culture, in recent years.