He suggested women should not travel more than 90 km alone 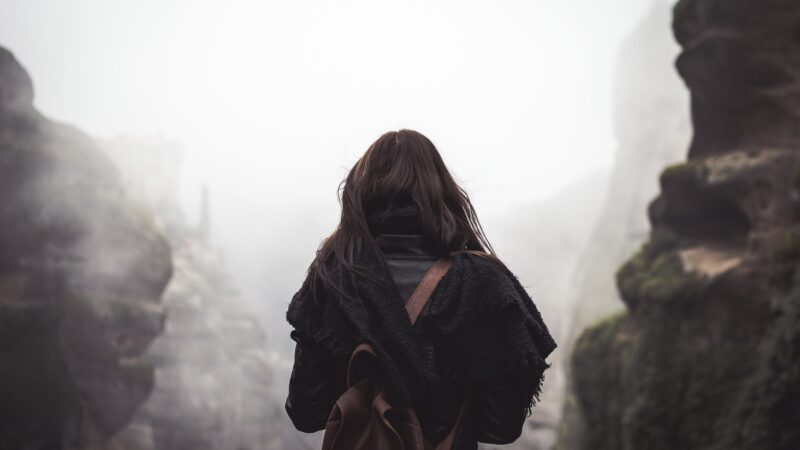 Image by Jason Blackeye. Free to use under Unsplash license.

Speaking on a television channel Diyanet TV, Zeki Sayar, Advisor to the Presidency of Religious Affairs, said in a controversial remark, “unless women are accompanied by their sons or husbands, it is inappropriate that they travel alone for a distance further than 90km.” The fatwa is not the first time Turkey's state religious body has explicitly gone after women and their freedoms. In the past, the body criticized women for their appearance, encouraged women to accept domestic violence, and even claimed that boys and girls who have reached puberty are eligible for marriage. The institution's director, Ali Erbaş, blamed homosexuals and adulterers for the COVID-19 pandemic and glossed over the state's failure to take safety measures at the start of the pandemic.

The rise of Diyanet

The Religious Affairs Directorate, or Diyanet, is Turkey's main religious body responsible for coordinating most of the religious activity for the country's Muslims — including, overseeing state-run mosques, appointing imams, circulating weekly sermons ahead of Friday noon prayers, offering Koranic courses, and arranging pilgrimage trips to Mecca, among other duties.

Established in 1924, the directorate's role in the country has significantly grown over the years, especially under the leadership of the ruling Justice and Development Party. In addition to a large budget, Diyanet has successfully managed to blur the lines between the state and religion. In September 2021, Erbaş appeared at the opening ceremony of a new court complex and accompanied President Recep Tayyip Erdoğan on a trip to New York, where he blessed a new building that would house Turkish diplomats. In 2021 Erbaş suggested that citizens’ social media usage should be controlled to align with Islamic values.

The Diyanet Foundation oversees Diyanet TV, the directorate's very own television channel, as well as an Islamic university. According to the foundation's website:

Over the years, Diyanet's representatives have targeted women over their appearance, sharing “do's” and “dont's” for femininity, and publically disparaged women.

In 2008 in an article published on the directorate's website, a series of “recommendations” outlined how women should and should not behave. Women “have to be more careful, since they possess stimulants; [women] have to be covered properly so as not to show their ornaments and figures to strangers; [women] should speak in a manner that will not arouse suspicion in one's heart and in such seriousness and dignity that they will not let the opposite party misunderstand them.” The article, titled “Sexual life,” also encouraged unmarried couples not to be seen in public together; for women to avoid working in mixed-gendered workplaces, and claimed it was “immoral” for women to wear perfume outside of their homes.

Over the years, criticism of women reached a new high. Last year, a member of the directorate's high council said it was unacceptable for women to wear tight pants in public. In another example, an Imam from Ankara complained that women looked like “meat in butcher shops” while walking on the streets. Another Diyanet official called on fathers, brothers, and husbands to advise and lead their women in covering themselves. “A Muslim stance is needed. (They) have started to open up all their covers, violate the limits and commit harams. A Muslim would not do this,” the official reportedly said.

In 2020, in a series of fatwas, the mufti office of Diyanet advised women who feared violence at home to consult with elders and sweet talk to their husbands over tea. In 2019 İhsan Şenocak, the founder of the Scientific and Intellectual Research Center (IFAM), a religious association in Turkey, delivered a sermon in which he reportedly said, “daughters, wives, wearing pants, going to universities, and getting their eyebrows done, will end up in hell.” Şenocak also criticized Turkey's national women's volleyball team over their appearance during Tokyo Olympics in 2021.

But it is not only Diyanet that has been vocal in criticizing women. Erdoğan himself has made plenty of controversial statements in recent years, including suggesting men and women are not equal, that women must be mothers, and that families must have a minimum of three children, while the ruling party has proposed limiting abortion rights, the morning-after pill, and cesarean sections. In 2012, then-prime minister Erdoğan equated abortion to murder. And although pregnancy terminations are still legal in Turkey until the 10th week of pregnancy and up to the 20th in cases of medical risk, finding hospitals that will carry out the procedure has become practically impossible.

In 2014, Erdoğan accused feminists of not understanding motherhood. Speaking at a summit in Istanbul, he reportedly said, “Some people can understand this, while others can’t. You cannot explain this to feminists because they don’t accept the concept of motherhood.” He has also said that gender equality was “against human nature” and that working women were “deficient.”

In 2021, Turkey officially withdrew from the Istanbul Convention, a legally-binding human rights treaty of the Council of Europe pledging to prevent, prosecute, and eliminate domestic violence and promote gender equality.

The directorate's recent fatwa about travel restrictions drew significant criticism. Journalist Bulent Mumay tweeted that the new restriction did not seem to prevent Erbaş's wife from traveling across Turkey unaccompanied by her husband. Writer Yilmaz Özdil criticized the directorate's lack of general knowledge in his column, writing, “until 200 years ago, the concept of meters did not even exist. This man traces the kilometer [distance] on the beginning of Islam!” The author also referred to prominent Turkish women, from the country's first race driver in 1932 to its first pilots, engineers, mountaineers, and astrophysicists. And yet wrote the author, despite it being 2023, “Diyanet's boundaries are restricted to 90 kilometers.” Others have likened this kind of mentality to that of the Taliban. In 2021, Afghanistan's Taliban banned women from traveling the distance no longer than 72 kilometers alone.