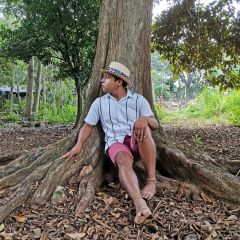 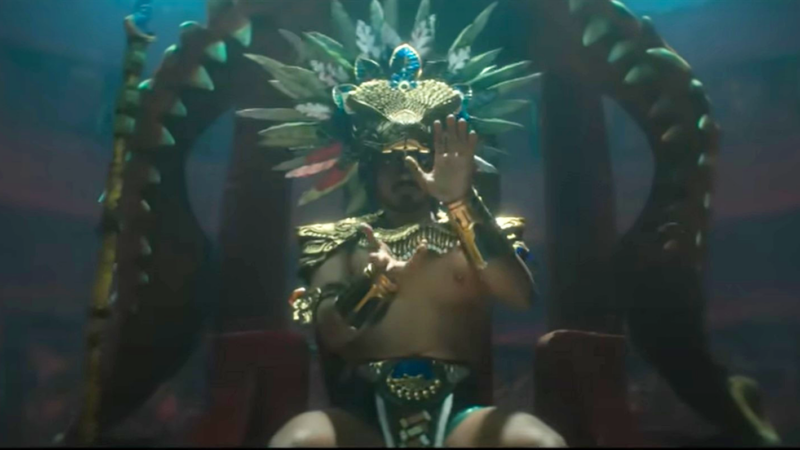 Screenshot of a scene from the movie “Black Panther: Wakanda Forever” by Marvel Entertainment/YouTube

Cultural identity is more than belonging, it needs to be sustained with fresh water in order to thrive. I am a Maya-speaking Indigenous person, born in a small community called Pucnachén, in the state of Campeche, Mexico. I grew up with girls and boys sharing knowledge through Maya language and living the traditions and customs that fathers, mothers, grandmothers, and grandfathers instilled in us, such as continuing to thank our gods for the rains that help the corn of our land grow. However, when we go into the outside world, we face insecurities created by a society that imposes rules that belittle our roots and render them invisible.

A clear example of this situation is the school where the teachers pressured us to communicate through Spanish. This resulted in the devaluation of Indigenous culture and identity and the disappearance of our language. According to the National Institute of Statistics and Geography (INEGI), the Yucatán peninsula has the largest number of Mayan speakers in the entire country. However, from 2010 to 2020, it reported a 10 percent decrease in the number of people who speak this language.

We have been forced to hide our origins for fear of rejection because we could not meet the social standards needed to access equal opportunities. Chasing our dreams was a difficult road. But the values that my family fostered in me always encouraged me to “Remember who you are, no matter where you want to go.”

The Indigenous communities now know that we can go a long way, thanks to the very dignified representation that we are receiving in different media worldwide. My last experience was watching people like us become successful and represent our culture in the movie “Black Panther: Wakanda Forever.”

The latest Marvel production is the sequel in the saga of the superhero Black Panther, leader and protector of “Wakanda,” an imaginary African country that is technologically advanced and has remained hidden from the world until now. The film was a tremendous success around the world, setting sales records at the box office in the United States and Canada. In Mexico too, “Black Panther” monopolized the movie theaters.

The movie plot is relevant because it led to the visibility of African cultures and people who have historically suffered discrimination and racial segregation, and it became part of a debate with a political dimension. Just like the first movie, the new “Wakanda Forever” presents and empowers different cultures, in this case revising the origin of the co-star, Namor, from the comics to adapt it with various elements of Mesoamerican cultures, especially the Mayan one. Developing the imaginary aquatic kingdom of “Talokan” (instead of “Atlantis”) with characteristics (art, history, language, and cosmogony) of the Mayan culture led to the creation of an amazing space. It propelled the Mayan culture and language worldwide.

The people of Talokan, led by Namor, played by Mexican actor Tenoch Huerta, speak Yucatec Maya, the same language that I speak, along with an estimated 800,000 native speakers. It is one of more than 30 Mayan languages spoken across Mexico and Central America. “The Mayan language is a language full of ethics, professionalism, and values such as fraternity, community, collaborative work, and humility. Maya is not just any language, it is a language of the gods. Even our elders say so,” says Mayan language teacher Josué Manuel Poot Cahun.

Seeing the great work of Mayan actor Josué Maay Chi’ in the film and as a language coach for the rest of the actors, knowing that he played such an important role in helping the Mayan language to be known and shared with millions of people in a dignified way, making our culture an essential part of that magnificent story—all these represented an inspiration that made the child's heart beat, that child who played with his friends climbing trees, ran barefoot through the cornfields, played rolling a bicycle tire with a wooden stick, and drank water from the nearest jaltun* when they got tired.

Today I thank my father because by cutting and carrying the firewood on his back, he brought fire to the home that was able to ignite my mother's grill for the corn provided by the earth and which fed my roots. My people wear the color of the k'ankaab** on their skin and seeing that other Indigenous people, Mayans, Campechanos, and Mexicans succeed in fulfilling their dreams makes us feel so proud of our land. It also makes our hearts beat with the belief in the dreams which in the past we saw limited by our origin, skin color, or language.

Like Josúe Maay Chi’, we have the most important role: to revalue our origins and our language and understand each experience as an opportunity to be recognized. It is our task not to allow our culture to be belittled, but to take pride in it, to make it visible, and to proudly represent everything that is part of our identity.

In k´aabae´ (My name is) J Eider Alberto Pérez Dzul. We know that our names are important, but the history that we build with the identity and legacy that our ancestors left us is even more important. I am currently fulfilling one of my goals. I am a primary school teacher and my greatest desire is to make each girl and boy feel valued for who they are, and to be an inspiration to show them that all dreams come true.

I feel very happy to say with all my heart that:

Kux teech, máaxechí? (And you, who are you?)

jaltún*: sarteneja (natural cavity in stone in which rainwater accumulates), very common to find in the Yucatán peninsula.
k´aankab**: red earth applied to the walls of pre-Hispanic houses, representing the flesh and the body of Indigenous people.