Turkey's Saturday Mothers, 27 years on, are still searching for justice and closure

The Mothers ahve faced decades of police violence and inaction 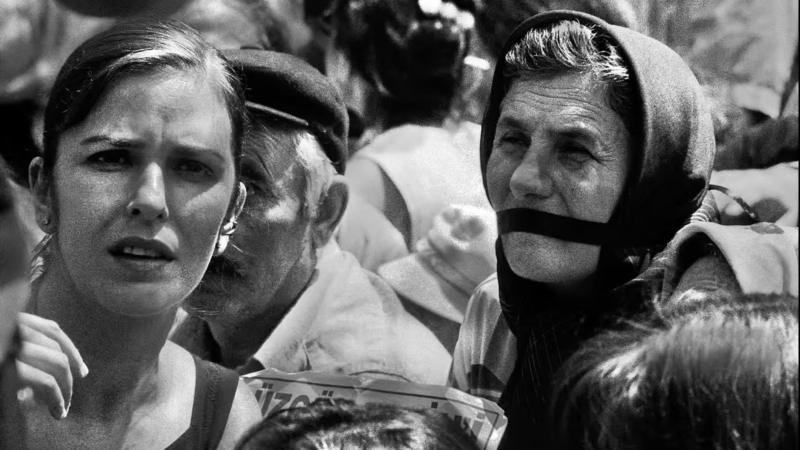 Screenshot from a YouTube video dedicated to Saturday Mothers.

When the leader and co-founder of Argentina's movement Mothers of the Plaza de Mayo, Hebe de Bonafini died on November 20, 2022, the world remembered Bonafini's life and her work as an activist, despite her tarnished reputation in more recent years. The movement Bonafini helped co-found inspired other movements across the globe, including one in Turkey known as Saturday Mothers. Similar to the Mothers of the Plaza de Mayo, Saturday Mothers have been calling for justice and demanding answers on the fate of their disappeared loved ones.

Just like the Mothers of the Plaza de Mayo who gathered in 1977 outside the main government palace in Buenos Aires, the Saturday Mothers first gathered in 1995, on Istiklal avenue, in Istanbul, looking for answers about the whereabouts of their loved ones who went missing in the 1980s and 1990s while in police custody. According to Truth Justice Memory Center (HAHM), a local human rights organization set up in 2011, approximately 1,352 individuals have been victims of forced disappearances in Turkey at the hands of security forces and paramilitary groups between the 1980 military coup and 2013. These disappearances began after the military coup in 1980 and the following conflict “between the government and the outlawed Kurdish separatist group, the PKK,” according to reporting by the Voice of America. The PKK is recognized as a terrorist organization in Turkey and by its western allies, including the US and the EU.

“Around thirty people attended the first gathering, including the families who claimed their loved ones were detained through extrajudicial procedures and disappeared. The call was to gather regularly in silent sit-ins for the missing persons to be found. The gatherings expanded each week as more families and human rights activists found out about Saturday Mothers,” wrote researcher and scholar Nisan Alici. 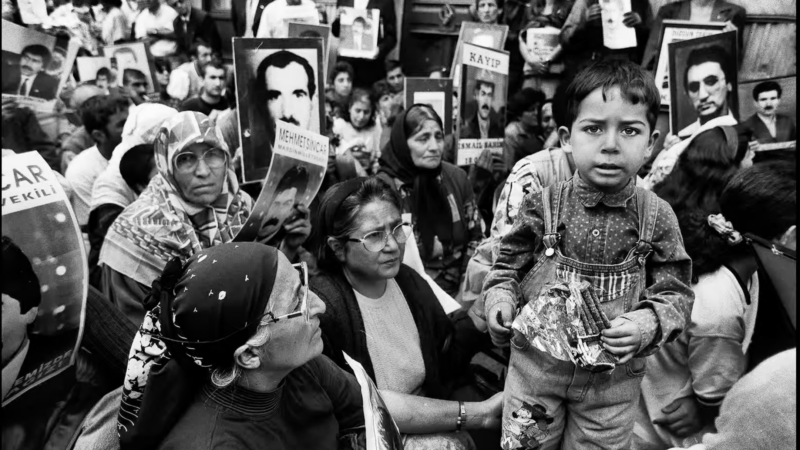 Screenshot from a YouTube video dedicated to Saturday Mothers.

The mothers of Plaza de Mayo kept returning every Thursday, just as Saturday Mothers did so every Saturday at noon, holding a vigil, sitting in silence. Throughout their existence, Saturday Mothers routinely faced police violence. In 1999, the movement took a decade-long break as a result of police brutality. The mothers came back together in 2009. Alici described the return of the Saturday Mothers in connection with the military trials going on at the time:” The gatherings resumed a decade later, on 31 January 2009, as a response to the Ergenekon trials, which were presented by the government as an important step to end the military’s domination of political life. Among the defendants, there were those associated with enforced disappearances in the 1990s, which motivated the mothers to restart protesting.”

In August 2018, when the Beyoğlu district governor banned the 700th vigil, the Saturday Mothers were denied access to Galatasaray Square, their usual gathering spot on Istiklal avenue since 1995.

The Minister of the Interior, Suleyman Soylu, justified police intervention that followed the ban in August 2018, reportedly saying, “We wanted to put an end to this abuse [and deceptive use of motherhood].” According to Voice of America reporting:

Police occupied the square on a street in the heart of Istanbul, where, for nearly two decades, the Saturday Mothers have silently gathered, holding pictures of missing loved ones. Forty-seven people were detained. Some were women in their 70s and 80s. Some were restrained as police swept the street, arresting supporters and using tear gas to disperse the protesters. Local officials said the protest violated public order.

The Saturday Mothers deny any ties to the PKK.

Their sons, husbands and brothers have been missing for over 20 years.

They were never told why. pic.twitter.com/T90R1DfEBq

Most recently, the group was subject to police violence in August 2022, when police detained 14 members of the group as the group members prepared to make a statement outside a cemetery.

Since the crackdown in 2018, the group has been meeting outside the Istanbul office of the Human Rights Association. Elsewhere in Turkey, the gatherings were restricted or totally banned by city officials.

But as Saturday Mothers continue to call for justice, their family members are also being targeted. Most recently, Jiyan Tosun, the daughter of disappeared Fehmi Tosun, and whose mother is one of the Saturday Mothers members, was targeted first online and later offline for her alleged ties with the terrorist group responsible for the explosion on Istiklal avenue.

Justice has still not been served

Despite years of campaigning, speaking before the Human Rights Research Commission of the Turkish Parliament in 2011, and a meeting with the then Prime Minister Recep Tayyip Erdogan in 2011, little to no progress has been made in getting a response from the state. There are also no permanent memorials. According to a local initiative called Memorialize Turkey, a project that “highlights examples of memorialization among the many groups and individuals that have suffered harm or grievance over the past 100 years in the late Ottoman Empire and the Republic of Turkey”:

Also problematic is the fact that this dynamic memorialization effort has not been accompanied by permanent memorialization endeavors.  This creates serious constraints. Especially in Istanbul, there is no concrete memorial site, such as a monument, museum or site of conscience, that specifically commemorates the disappeared. The absence of any permanent memorialization effort focusing on the cause of the Saturday Mothers differs from the approach of, for example, the Argentine mothers. Although the Saturday Mothers would like to see the police stations in which their children were disappeared transformed into “Museums of Shame,” no concrete effort has yet been made in this regard. The absence of such sites limits the ability to transfer the memory of state terror to new generations in Turkey, and thus the struggle to overcome impunity.

But the mothers are determined. Now, in their 27th year of existence, they are determined to get justice for their families, their loved ones, and to finally find peace.