Self-taught Trinidadian photographer Jason C. Audain pushes boundaries with the use of AI

'I decided this was not something to look past ...' 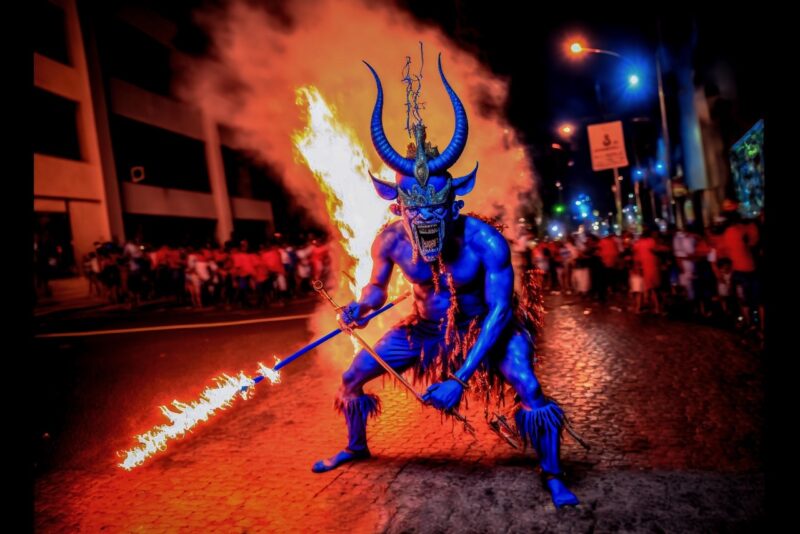 The use of artificial intelligence (AI) in photography is becoming more and more common, expanding from its main role of automating tasks like photo editing, enhancement and organisation, to facial recognition and 3D effects, to now creating the images themselves. While some professional photographers may rue the day AI began to have such an impact on their profession, autodidact Jason C. Audain, who is best known for his striking images of traditional Trinidad and Tobago Carnival characters, has been exploring its potential as a tool to take his photography to the next level.

Could AI be the future of photography? What are the downsides? After noticing the interest generated by a series of AI-enhanced Carnival images he shared on his Instagram page, Global Voices had a chat with Audain via WhatsApp to pick his (very creative) brain. 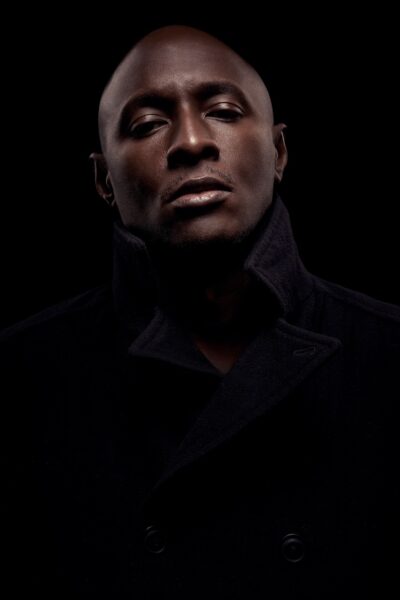 Trinidadian photographer Jason C. Audain. Photo by Audain and used with his permission.

Janine Mendes-Franco (JMF): How did you get into photography?

Jason C. Audain (JCA): My girlfriend at the time was into taking pictures of [Carnival] band launches, [so] I bought a cheap camera to help her take shots — just like a kind of backup singer — but then I saw men out there with proper cameras and I'm there with this stupid, little camera and I said, ‘Nah!’ You know … ‘man thing’ … I needed a bigger camera, so I ordered [one] but found my pictures weren't getting any better. All this time I was thinking the camera is what was taking the photos, until one day a [fellow] photographer played with the settings — [up to this point] I had been functioning on automatic — and I never went back. That's when my pictures started getting better, but even then, not up to the standard I wanted, which is when I found out editing is an integral part of photography, because back in the day, the darkroom was part of the process.

To me, a photograph is kind of a blank canvas. When you edit is when you really start to bring it to life; when you start painting. Editing is adding yourself to the photograph, which is why I don't let anybody else edit my work. Editing is what makes the photo mine.

JMF: What attracted you to photography?

JCA: I have dyslexia, so that used to mess with me. Photography was something I was really good at [but] at first, I was just thinking about making money. At one point, I got a job that made me think, ‘Well, I don't need photography again.’ I sold all my equipment, got a PlayStation and big TV, until I realised something was missing, and it was the photography.

I wasn't a big reader [because of the dyslexia] so when I discovered audiobooks, the first I ever listened to was “The Alchemist” by Paulo Coelho, which talks about fulfilling your personal legend. I had the photos, so I started building a website, but of course I had to get new equipment. One day, close to Black Friday, my aunt called me and said she would help. After that, I couldn't fail. If ever I felt [discouraged] I would remember what she did, the faith she had in me. I went really hard at photography and gave up everything for it — work, woman. I would [shoot] every single day, come home, edit till three in the morning. I repeated that for about five years straight. I got good with repetition and determination. 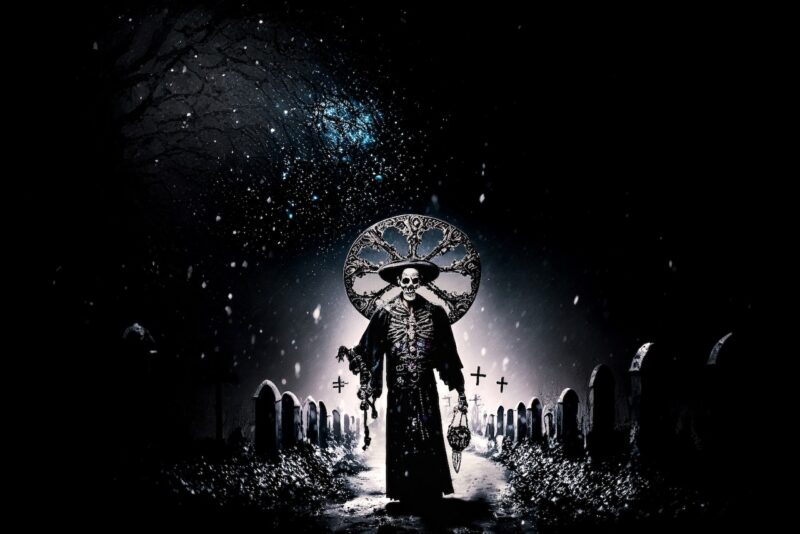 JMF: How did you begin to focus on photographing traditional Carnival characters?

JCA: A friend wanted me to take some pictures at traditional mas. I was like, ‘This was here all the time?’ I couldn't ever remember seeing traditional mas. It blew my mind … even seeing [Carnival designer Peter Minshall's] “The Dying Swan” for the first time … my photography was suddenly starting to get some kind of meaning. Before, I was just taking pictures of any and everything. I did every kind of photography you could call: landscape, nature, macro, wedding, portrait, and it helped me become better; the combination of that knowledge gives my photos more power.

JMF: What is it about traditional mas that makes it so compelling for you?

JCA: For me, I was watching Carnival all these years, and it was good, but it was always missing something…the spirit. Normal mas is good for a release, but to me, traditional mas is a spiritual thing. And especially being around it now, I know it's a spiritual thing. To them [the masqueraders] it's a ritual. It's not just putting on a costume; it's going through a transformation. Getting ready, putting on paint, getting their costume together is like prayer to some extent. To traditional mas characters, every day is the costume. Putting on the mas is them becoming themselves. 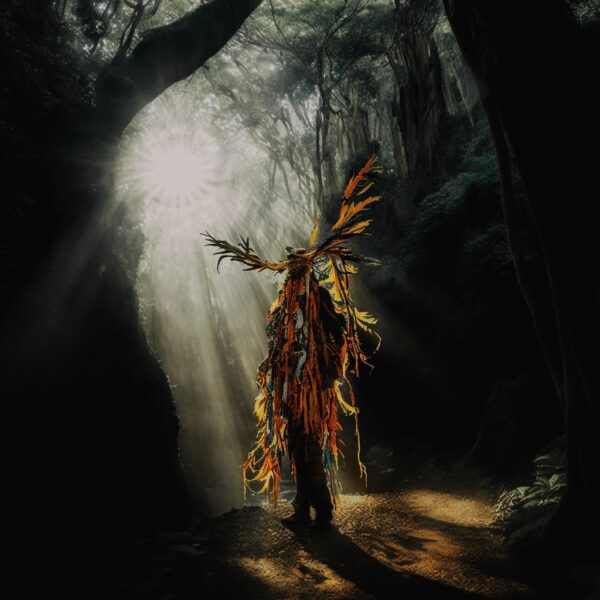 JMF: Describe your style and purpose as a photographer.

JCA: My style is chiaroscuro, extreme light and extreme shadow. I like drama and bringing out something that people can't see. My goal is to focus on what is important in the photograph. That's the reason I put traditional mas [usually performed in a busy, public space] on a backdrop: I wanted to take away the noise. My purpose is to help people see. Photographers convert reality in a more digestible form, taking the mundane and making it magical. A lot of people want to be able to take pictures, but they don't know how to see. I can dissect a scene into focal lengths.

JMF: You obviously enjoy experimenting with new tools and techniques. What made you curious about exploring AI?

JCA: I didn't want to become like Blackberry — technology changed and they didn't change with it. So I started looking into AI and when I realised the potential of it, I decided this was not something to look past, because it's a tool that can really help with concepts; it can help people see your vision, and you yourself can use it as a template to make sure the final product looks as close as possible [to what you want]. I also have things in my head that are not real, things I dream and think about a lot, and AI helps me make it real. I punch it into Midjourney until I get something close to my vision. 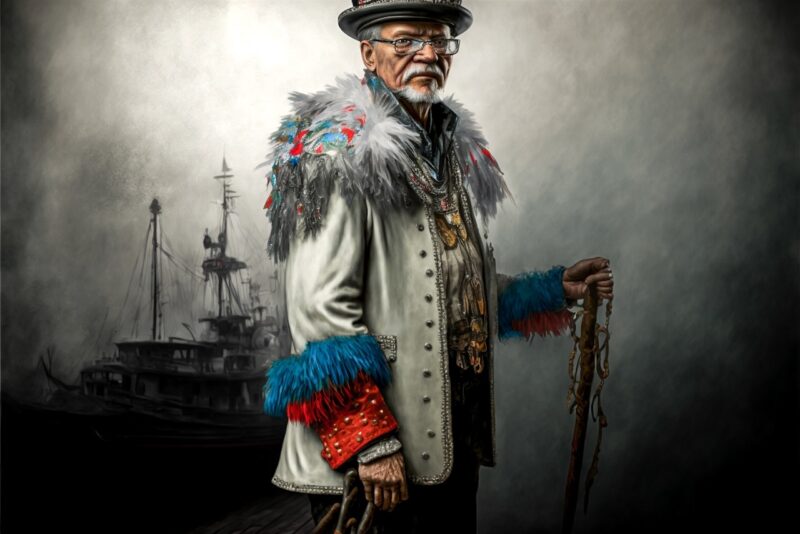 JMF: Did you have any preconceived notions about the software before you used it?

JCA: Of course! At first I thought it was a waste of time; that it would mess up photography. I was never threatened by AI in the sense that it would take over my job, but my concept of photography is different to most people's. I want to do photography that matters to me. I'm supposed to have some exhibitions next year and anything I do in the future will be based around me showing my work.

AI [can] use your photos and interpret them. Like that sailor mas [image] is an interpretation of one of my photos. I entered something like ‘realistic, as close as possible to the original, with a boat in the background.’ And these are just the basics. I haven't gone deep into AI yet. Right now, I want to understand the basics, see what the limits are, understand how far to push them, and then I can start moving in that direction.

JMF: When you think about the future of photography, what role does AI have to play in it?

JCA: I think it has a big role to play. One of the main things is pushing photographers to the next level to be able to compete with it. It can make me more creative. AI will always have its limits, so if this is what it can do, I need to do a better job of making my stuff look realistic and not ‘AI-ish’ — because AI has a look. I know it will get better, because it's constantly learning, but it's something for designers to be aware of, as well. Because you can also create logos with AI, creating text as accurately as possible will probably be the next area for it to improve. 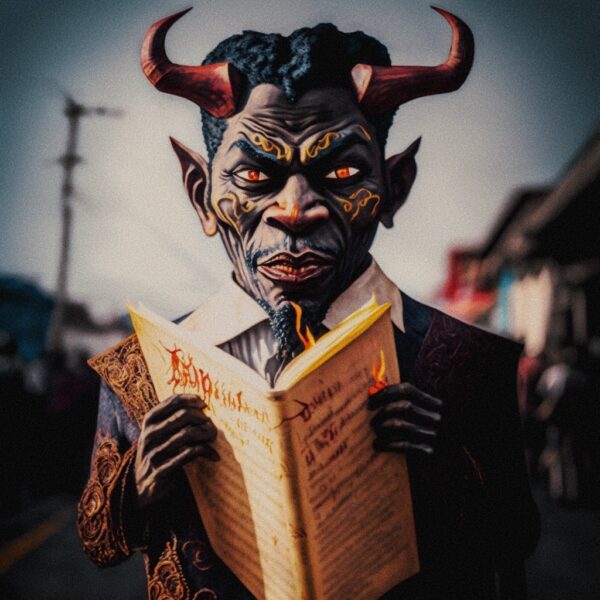 JMF: Do you think there are ethical considerations around the use of AI to either create or enhance images? And with the lines blurring between what is fake and what is real, is it consumers’ responsibility to educate themselves?

JCA: With each app that is made, there are others being made to verify authenticity, so you can check to see whether or not the image is AI-generated. The average person may not be able to tell, but to me, AI images are too clean; they're missing nuance.

It's the responsibility of the people who created the monster. Midjourney, for instance, has had to put in safety mechanisms that govern its content, but they may have to work with social media platforms to make sure people know whether images are fake or real.

JMF: With an in-person Carnival celebration coming for the first time in two years, are you planning to use AI in any of your shoots?

JCA: I've started using AI already to come up with concepts for future projects, and plan what I want them to look like so that everybody [involved] can be on the same page. I'm looking forward to see what people can do with AI and what AI itself becomes in the future.